Can fasting improve your memory?

We tend to think it’s inevitable that as we age, we’ll become more forgetful. However, some new research indicates there could be a way to avoid or even reverse this process – and it’s all related to the amount we eat. Dr Giles Yeo took part in a new study at Kings College London to find out more. 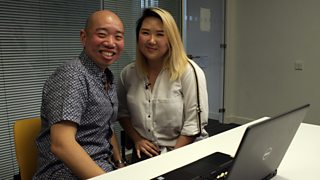 Research in rodents has revealed that restricting their calorie intake led to new cells or neurons being produced in their brain – a process called neurogenesis. Scientists also observed measurable improvements in their memory. Dr Sandrine Thuret and Curie Kim, at KCL, are investigating whether this could also happen in adult humans.

Kings College London recruited 43 people between 45 and 75, including Giles. They were all put on a calorie-restricted diet for four weeks. This involved them restricting their calorie intake on two days a week to 500 or 600 calories. On the other five days, they ate as much as they normally would.

At the beginning and end of the four-week intervention, each person took part in a memory test known as a ‘pattern separation’ test. This looks at the ability to distinguish between images that are completely new, and those that are similar to ones the individual has seen before. Each participant also had a blood test to measure levels of a protein called Klotho, which normally declines with age. Several studies have established that an increase in Klotho is a marker of neurogenesis.

The group results were highly encouraging. Across the group overall, pattern separation improved, and levels in Klotho went up. So this study shows that eating less can improve your memory, and the increase in Klotho suggests that neurogenesis may have occurred.

However, there were exceptions. After 4 weeks, Giles’s pattern separation actually got worse, and his Klotho levels remained unchanged.

The experts think there are a few reasons why this might have occurred. Sleep is associated with neurogenesis, but Giles experienced worse sleep throughout the study – possibly due to being hungry! Giles was also the youngest participant in the study, and exercises regularly – meaning that intermittent fasting might make less of an impact.

Sandrine and Curie are now working on a larger study focusing solely on those aged 60 and over to investigate exactly how significant this could be for older people.

The results suggest that if you are in the older age group, and don’t do a lot of exercise, fasting two days a week could give your memory a boost. Women should limit their intake to 500 calories on those two days, and for men it’s 600 – then just eat as you normally do for the rest of the week.