From the team that brought you The Case of Charles Dexter Ward, The Whisperer In Darkness introduces listeners into another very creepy mystery from H.P. Lovecraft. An investigation into a missing man unearths witchcraft, the occult and some secret government operations.

We Brits absolutely love an unsolved mystery. Give us a UFO, a ghost or a strange creature and we’ll give you a million conspiracy theories. Here are some of the mysteries we've obsessed over...

They found a glowing metal object, which darted off through the trees when they tried to approach it.

This one’s the basis for The Whisperer In Darkness. On Boxing Day, December 1980, a number of servicemen at RAF Woodbridge, Suffolk, reported some strange lights descending into nearby Rendlesham Forest. When they went to investigate, they claimed they found a glowing metal object, which darted off through the trees when they tried to approach it. A second sighting occurred two nights later. There have been various claims of a hoax in the decades since, but it remains probably the most famous UFO ‘sighting’ in the UK.

2. The Hairy Hands of Dartmoor

In the 1920s, a spate of car crashes occurred on a stretch of road in Dartmoor, Devon. Many of them were fatal. Locals claimed the few survivors spoke of a disembodied set of hairy hands clutching the wheel of their car just before they were thrown off the road. Those who believed it claimed the hands were those of a man who died in an accident on the road. Others said it was just a very dangerously winding road. 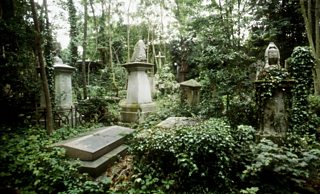 Since the 1960s, people have reported sightings of a vampire in one of London’s most beautiful cemeteries in Highgate. A man named Sean Manchester claimed the figure was a vampire. Manchester’s story became embellished with each new report, until word was spread that the figure was a Romanian vampire king who had been buried in the cemetery, then liberated by his satanic followers. Alleged sightings have carried on since. No bitings reported.

When fireman Tim Templeton took a photo of his five-year-old daughter, he thought he was just getting a snap for the family album. He got more than expected when the film came back from the developer. One of his photos showed a strange man in a space suit lurking behind his daughter. A man who had definitely not been there on the day. Sceptics say it was a trick of the light or Templeton’s wife, but there has never been any clear explanation.

5. The Beast of Bodmin

A Javan leopard (not pictured in Bodmin)

There are plenty of reports of oversized creatures roaming Britain’s hills and forests, but none is more famous than the Beast of Bodmin. Since the 1980s, there have been over 60 reported sightings of a large animal, similar to a cat, stalking around the West Country. It’s said to have savaged livestock and other animals. There have been photos (always blurry) and even video. Yet there has never been any confirmation that such an animal really exists. So is the Beast of Bodmin really out there? Who can say, but you might not want to go camping in that particular bit of Cornwall.

The identity of the woman and how she came to be hidden in the tree were never explained.

In 1943, four boys were poaching in Hagley Woods in Stourbridge, West Midlands. As boys are wont to do, they climbed an old elm tree while playing. They were horrified to discover a woman’s skull hidden in the hollow tree. They reported it to police and further investigation revealed an entire skeleton in the tree. The identity of the woman and how she came to be hidden in the tree were never explained. For many years after, graffiti was seen around Stourbridge asking, ‘Who put Bella in Wych Elm?’ 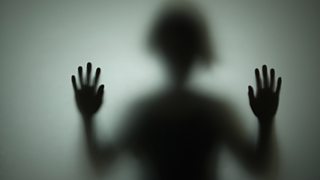 In 1977, Peggy Hodgson of Enfield, North London, reported that she and her two daughters were being terrorised by a ghost. There were claims of furniture moving on its own, disembodied voices and unseen forces causing the two girls to levitate. For 18 months, the ‘hauntings’ became a national story, covered extensively in newspapers. Even at the time there were many doubters, who suspected the two daughters of being behind the incidents. The doubts have continued ever since, but the incident so caught the public imagination that that it’s been the basis for a number of films and TV series.

The most famous of them all. Just what is in the waters of Loch Ness? Some kind of huge beastie was first reported in 1871, when Mr Mackenzie of Balnain said he’d seen a log-sized creature messing about in the water. The size and appearance of the reported ‘monster’ has varied massively over the years, but the belief that there’s something in there has persisted. All we know is that if there is anything living in the loch’s waters it is now very, very old.

The Whisperer in Darkness trailer

The Whisperer in Darkness