7 reasons why Iggy Pop's still an icon at 70

The popular image of Iggy Pop is that of a cartoon wildman: hair flailing, body convulsing, eyes wild, naked torso smothered in peanut butter as he leaps into the crowd. But that doesn’t begin to tell the full story of this complex, enduring rock icon.

The young James Osterberg was a thoughtful, erudite student of rock'n'roll and Iggy Pop is really just a persona he created in order to transmit his ideas more effectively. The shocking primitivism of the early records he made with The Stooges wasn’t just the inchoate howl of men possessed, it was a calculated response to what Osterberg saw as the pompousness of the flower-power generation, inspired in part by his love of free jazz and avant-garde minimalism.

This depth of purpose is what’s kept Iggy Pop relevant through the decades: as a punk pioneer in the 70s, an unlikely pop star in the 80s, a godfather of grunge in the 90s, through to his current status as a BBC Radio 6 Music DJ and passionate elder statesman of rock. Sure, stick him on stage in front a heavy band cranking out Lust for Life or I Wanna Be Your Dog and the cartoon wildman instantly returns. But there are many more sides to Iggy Pop.

On the occasion of his 70th birthday, Sam Richards celebrates a surprisingly agile and multi-faceted rock icon.

As the singer and driving force behind Michigan rockers The Stooges, Iggy Pop was a one-man whirlwind who revolutionised rock performance through his total physical commitment. Giving no thought whatsoever to his own safety, his antics risked broken bones and worse: Iggy would occasionally lacerate himself with a drumstick or lick the sole of a random audience member’s boot.

He’s often credited with inventing the stagedive, although, as usual, he was a little too ahead of the curve; late-60s crowds weren’t always hip to his intentions and on one occasion he went crashing head-first into the floor, pushing one of his front teeth up through his lip. As late as 2011 he had to cancel shows after breaking two bones in his foot onstage, and as this 2016 rendition of Lust for Life on Later… with Jools Holland proves, he’s still willing to put his body on the line for the sake of spectacle.

Although The Stooges were decried by their critics as musical savages, as far as Iggy was concerned, nothing could be further from the truth. As a teenage drummer for local beat bands in Ann Arbor, he immersed himself in the blues, even moving to Chicago for a period to learn from the real deal. By 1967 he’d discovered the avant-garde minimalism of John Cage and outsider musician Harry Partch, in whose work he schooled his fellow Stooges, alongside the free jazz of Pharoah Sanders and Sun Ra. So The Stooges’ own brand of howling minimalism was as much of an aesthetic choice as it was a necessity to suit their rudimentary musicianship. Iggy’s broad but discerning tastes were revealed to the world when he was recruited to host his own show on BBC Radio 6 Music. Here he is discussing Ike Turner and Sarah Vaughan with typical passion and eloquence, in conversation with music critic Ben Ratliff for Radio 2 50s. 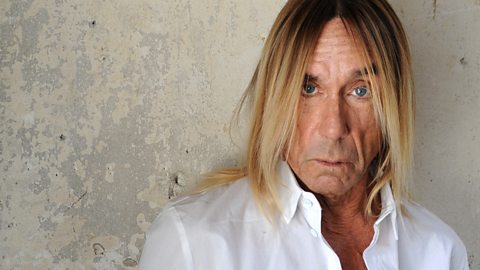 It’s fair to say that Iggy Pop wouldn’t be where he is today without the patronage of David Bowie, who hauled Iggy’s career out of the dumper not once but twice; the first time enabling The Stooges to record their seminal third album Raw Power, the second time helping Iggy to reinvent himself on his solo debut The Idiot, which Bowie co-wrote and produced. Bowie saw Iggy as the ultimate rock performer, the untrammelled id that he could never be. Yet he also valued Iggy’s intellectual contribution, and their companionship in the mid-to-late 70s helped inspire Bowie to make some of the greatest music of his career.

Bowie continued to support his chum throughout the 80s, recording a number of their co-written tracks on his own hit albums in order to keep Iggy financially solvent. This is how Iggy described their relationship to BBC Radio 6 Music’s Lauren Laverne in 2016. 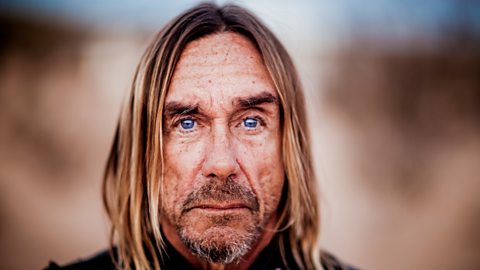 Iggy chats about David Bowie: 'He was fully fledged... whereas I was sort of a mess'

Although The Stooges were never fully appreciated in their lifetime, they have become one of most influential bands in rock history. Among the many legendary outfits who owe their existence to Iggy Pop’s band are Nirvana (Raw Power was Kurt Cobain’s favourite album); Ramones (the band got together because they were the only kids in their school who liked The Stooges); The Sex Pistols (Steve Jones learned the guitar by playing along to Raw Power); The Smiths (Johnny Marr cited Raw Power as the record that changed his life); Pixies (they used to walk onstage to I Wanna Be Your Dog); and Queens of The Stone Age, whose frontman Josh Homme talks about the influence of Iggy Pop in the video below. 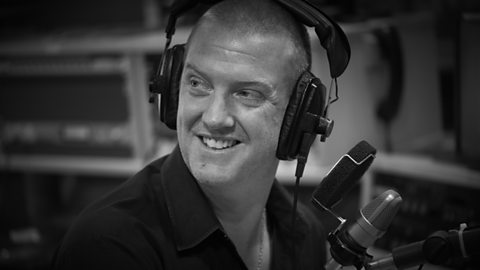 Josh Homme talks about one of his biggest influences, Iggy Pop

Josh Homme talks about his affinity with Iggy Pop during the time of first band, Kyuss.

Iggy was still very much an outsider when his synth-heavy version of Johnny O’Keefe’s rock’n’roll hit Wild One - re-titled Real Wild Child (Wild One) - reached the UK Top 10 in January 1987, allowing Top of the Pops viewers a rare glimpse of a genuine rock maverick. However, his stint as an unlikely teen idol was brief; the calls soon dried up following a risqué performance of the song on Saturday morning kids' TV show No. 73.

He didn’t return to the charts until Lust for Life was re-released in 1996 following its appearance in the film Trainspotting. Iggy’s only other brush with the Top 10 was as the featured vocalist on Death in Vegas’s Aisha in 2000. Another chance to corrupt the nation’s youth via Top of the Pops was denied, as the song’s lyrics – "I think you ought to know/ I’m a murderer" – were deemed inappropriate in light of the recent sentencing of serial killer Harold Shipman.

In 2014, Iggy surprised those who’d only ever seen him crawling around the stage in a studded dog collar by delivering a thoughtful and compelling John Peel lecture. Ostensibly it was about the ideas of free music under capitalism and the state of the music industry in the digital age, but it turned into more of a personal and philosophical reflection on a life in music. Iggy revealed that if he had to rely on the income from his recorded music he’d be “tending bars between sets”. But ultimately his message was that music is worth more than money. “It’s more important to… make people feel something,” he advised. “If you’re an entertainer your God is the public. They’ll take care of you somehow.”

His passionate conclusion contained a memorable nugget of wisdom for every budding artist and musician. “Keep your dreams out of the stinky business or you’ll go crazy.” You can download the lecture here, read the whole transcript here, or watch the clip below as Iggy summarises elements of it for Newsnight’s Kirsty Wark. Towards the end of the interview, he also reveals the secret of his incredible, wiry physique: the Chinese practice of Qigong. 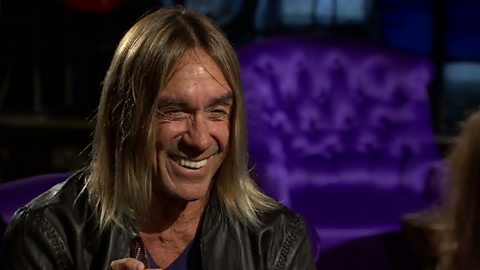