How to Scribe a Side-splitting Story

Authors Andy Stanton and Andy Riley have ten tips to help you write a story that will have your reader rolling on the floor with laughter.

Andy Stanton's picture book Danny McGee Drinks The Sea is guaranteed to make you guffaw, and as the author of the Mr Gum series he certainly knows how to make you giggle. Here are his top 5 tips for a fun-filled story...

1. Learn how ‘funny’ works
Read as many funny books as possible. Try to figure out why some are funnier than others. It’s hard to say exactly what makes something hilarious – but if you do your comedy homework it should give you some clues. 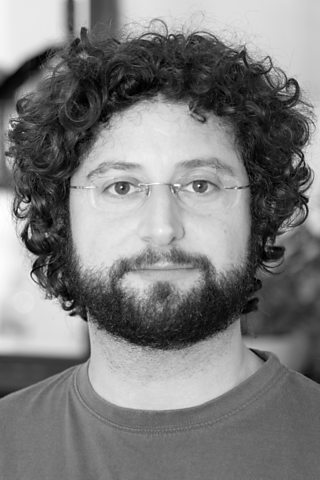 2. Find strange ways to describe stuff
Saying ‘Frank had a very painful headache’ is boring. Saying ‘Frank felt like there was a tiny angry pixie inside his head, whacking his brains over and over with a sledgehammer’ is way more fun, right?

3. GRAPEFRUIT! SNOOKER TABLE! OINK!
Some words just sound funny. Use words that sound bizarre. Or try making up your own. I’m always inventing weird words like ‘flurp’, ‘tungler’ and ‘nibblehead’ for my books. I don’t know what half of them mean – but they feel right.

4. Go extreme
Got a rubbish doctor in your story? Make them the worst doctor ever, covered in blood and completely hopeless! Or how about a story full of humans – but the town policeman’s a cat? Or even better – an ant? Imagine an ant trying to stop a bank robbery! Don’t be afraid to push your ideas to the edge.

5. Funny isn’t everything
Humour is just one tool a writer needs. Don’t forget about the other things: strong characters, a good plot, emotional bits, etc. The trick is not to make everything funny – but to work the funny stuff into a story that the reader can really care about. Do that and you’ll really be laughing!

Andy Riley is the author of the hilarious King Flashypants, and has made people chuckle writing for TV and film with credits including Veep, Gangsta Granny and Gnomeo and Juliet. He continues the top ten tips with his advice for authoring an amusing tale...

6. Let yourself have rubbish ideas
If you think something up, then worry straight away about whether it’s any good, that’s a hard way to work. It’s like trying to speed up in a car while keeping the brakes on. Try having ten ideas, without caring if they’re good or bad, then go back and pick out the best one. 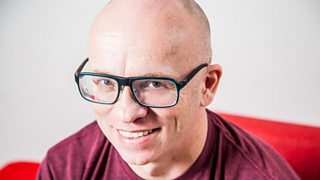 If your characters don’t seem funny yet, maybe life is too easy for them.
Andy Riley, Author of King Flashypants

7. Look for things which shouldn’t happen
Lots of stories can be found that way. Say you have a giraffe at the zoo. What happens next? Well, the giraffe could do something giraffes normally do… but how about if it decides to be an astronaut?

8. Get up. Walk around
If you’re sitting at a desk chewing your pencil because you’re a bit stuck for ideas – get active. Moving your body might move your mind too. I write my books my dictating them into my phone while I walk for miles and miles.

9. Get yourself an idiot
Lots of funny books, films and TV shows have a character who is much dumber than all the others, who doesn’t really get what’s going on half the time – but who will occasionally think of something no other character could have. Like Baldrick in Blackadder, or Dougal in Father Ted. They work very well in comedies.

10. Chase your characters up trees, then throw rocks at them
If your characters don’t seem funny yet, maybe life is too easy for them. Give them big problems that they don’t know how to fix (at least for a while).