Podcast host Jess Gillam met up with two fellow musos and violin superstar Nicola Benedetti to tackle the big questions. What causes nerves? Why do they always attack at just the wrong time? And how do you stop nerves getting the better of you? Here are some of the tips we picked up from episode one. 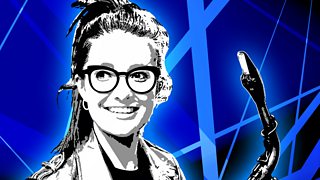 1. Remember – the audience is on your side

Forget the hours of practice, weeks of preparation and years of training. For some performers – even very experienced ones – walking out onto the stage to face an audience is the hardest part of the job.

Bass player Sam Becker (who contributes to BBC Young Musician podcast) reckons it’s helpful to remember why the audience is there in the first place. “People want you to do well,” he says. “They actually want to see the performance, and that includes all the little things that might go wrong or that you might get nervous about.”

After all, if people wanted to hear a perfect performance, they’d just sit at home with a CD. So give your audience some credit! They're there to hear something authentic – and most of the time, they’re rooting for you. 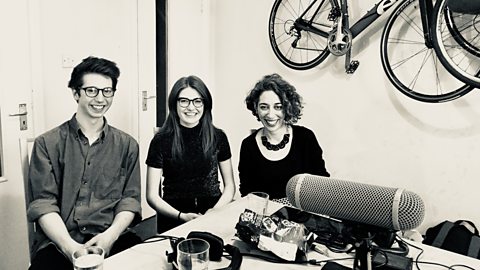 'Stop being so selfish - this isn't about you'

2. Try to keep things in perspective

This is probably the last thing you want to hear before an important gig. But performing is rarely a matter of life and death (even if your heart, pounding at a million miles an hour, suggests otherwise).

Violinist Nicola Benedetti describes a trick that she uses to get an instant sense of perspective if feeling unexpectedly nervy before a gig.

“Say to yourself: ‘There are thousands of people performing right now, tonight, all over the world’,” she advises. “Every single person has experienced so many ups and downs. Try to feel your experience in the context of what everybody else is doing.”

It’s also worth remembering that the audience might not feel as intensely about the performance as you do. “Some of the time we look so internally, so inwardly and so self-reflectively that we just think we're the only ones experiencing this, and nobody else understands,” says Nicky. “But this is just so far from reality.”

So take a deep breath. The audience is there to hear some music, and you're there to perform it. You’re all exactly where you need to be.

3. Don't leave dealing with nerves until the minute you go on stage

“I've never lost the hope that at some point I will not be nervous for a performance,” admits Nicky, whose career has gone from strength to strength since she won BBC Young Musician in 2004. “But I’ve accepted that this is part of caring so much about what you do."

“So much of your preparation is to foresee how you are going to deal with that moment, and to use the strength of your imagination in pre-empting as much as possible.”

In order to give your best performance, you may need to prepare for nervousness in the same way you practise your scales or hold your instrument.

4. Tackle the physical side-effects of nerves

One of the worst things about nerves is the way they trick your body into thinking there’s something physically wrong. Performers who suffer from stage fright often report feeling disorientated or light-headed, getting clammy palms, or even throwing up before gigs.

Saxophonist Jess Gillam, host of the BBC Young Musician podcast, thinks that posture is crucial for coping with the “fight or flight” response that nerves can bring.

“Just feeling like you're rooted on the stage and staying still for a time can sometimes help me,” she says. “You have this reaction of either ‘I need to get out of here’ or ‘I'm going to play really aggressively’. So even how you hold yourself can convince your brain that it feels differently.”

Zeynep Özsuca, who plays the piano, agrees. “I find that the physical feeling of feeling strong really makes a difference”, she says. “I always do a little routine of maybe ten minutes of stretches. And when I go on stage and sit at the piano, I make sure I'm not just slouching or closing myself up. It really does help.”

5. Work on your power stance 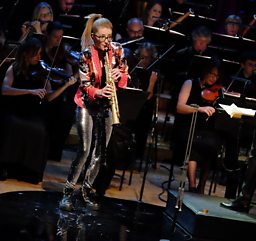 We LOVE this tip from Sam, who found out about power stances from his mum before an end-of-year bass recital. “I was like: ‘Er, can you show me one?’” he says. “She said: ‘You have to stand like this, and put your arms out and just *believe* that you are powerful.’” 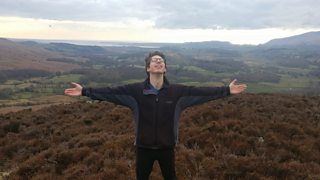 “I was waiting in the corridor outside my bass exam, and I just thought: ‘You know what? I'm going to do this.’ So I put my double bass down and wandered around the corridor with my arms out.

"Then I realised that what I was actually about to do was far less terrifying than someone coming in and seeing me wandering around with my arms in the air.”

Bet you try out your own power stance before you get to the end of this list...

6. Try not to get superstitious

Most of us have done it at some point – told ourselves that we would have aced the exam if only we’d been wearing the right colour socks or remembered to bring our “lucky” keyring...

“My mum bought me a bracelet for the BBC Young Musician competition and I was convinced that it was cursed because when I didn’t wear it, I got through,” confesses Jess. “So I've never worn it. In fact, I'm always wary to put on any jewellery. It's completely irrational, ‘cos it has no correlation to how you're going to play at all.”

More importantly, why would you put so much work into your performance, only to attribute your hard-earned success to an inanimate object? After all, it wasn’t your lucky keyring that practised for hours – it was you.

Sometimes, explains Nicky, “I can have done every single thing right, and actually nothing really goes how I was expecting it to. In that moment, you have to try to have a sense of humour about it.”

Yeah, but has Nicola Benedetti ever [insert your most embarrassing performance anecdote here]? Probably not. It doesn’t matter though – the same rules apply to everyone.

“Yes, it's serious. But if you've done everything in your power to prepare, and something that you couldn’t control or foresee just happens, then what are we meant to do – crumble on stage and start crying?” asks Nicky. “Everyone in that room, hopefully, is part of a supportive, slightly risk-taking atmosphere, where people *know* you're trying to do something that's nearly impossible to do perfectly.”

You see? Even Nicola Benedetti says it’s impossible to be perfect. So transform those useless nerves into excitement, and get stuck into what you do best – making music.