Seven things you might be surprised to learn about Citizen Kane

With Citizen Kane available to watch now on BBC iPlayer, we reveal some of the lesser known facts about the film hailed by The American Film Institute as the greatest of all time.

It was a commercial failure 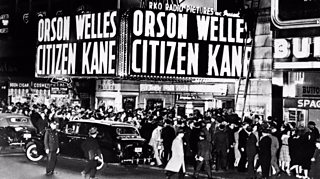 Citizen Kane, which tells the life story of wealthy newspaper owner Charles Forster Kane, is consistently hailed as one of the finest moments in cinema history.

It was Orson Welles' first foray in feature filmmaking and in terms of box office receipts, it was a commercial failure. When the film was withdrawn from initial circulation, it left the studio, RKO, around $150,000 out of pocket. This was a pattern Welles would follow for the rest of career - none of his films would ever turn a profit.

He also died in 1985 with a number of projects unfinished. One of those, The Other Side of the Wind, was released by Netflix in 2018, after a group including Peter Bogdanovich, Frank Marshall, Filip Jan Rymsza and Bob Murawski worked their way through the rushes to produce a version of the film.

It was influenced by a Western 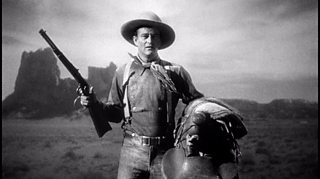 Simon Callow writes in his biography of Orson Welles that the director saw Stagecoach 40 times before he made Citizen Kane.

The film stars John Wayne and follows a group of people as their stagecoach journey is threatened by the attacks of Apaches led by famous warrior Geronimo.

Welles said: "After dinner every night for about a month, I’d run Stagecoach, often with some different technician or department head from the studio, and ask questions. 'How was this done?' 'Why was this done?' It was like going to school."

Legendary film critic Roger Ebert says that while they are very different films, it could be argued that Welles' lean editing style in Citizen Kane owes something to his repeated viewings of John Ford's classic Western. 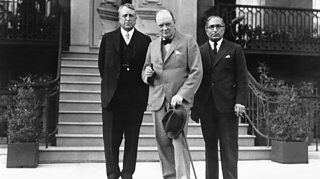 The financial loss was unsurprising considering the immense pressure applied by one of America's wealthiest and most influential newspaper owners.

William Randolph Hearst was led to believe that the film was based on him. He refused to run advertisements for Citizen Kane and his publications attacked Welles personally, accusing him of being an unpatriotic Communist sympathiser.

Arnold Weissberger, Welles' lawyer-manager, warned his client that "the forces opposed to us are constantly at work".

Research by Harlan Lebo revealed there was a range of other dark tactics employed by Hearst employees, including an attempt to set up and photograph Welles with a 14-year-old girl in a hotel room.

The two men only met once in an elevator in San Francisco, where the film was being premiered. Welles offered Hearst some free tickets but the tycoon declined to answer.

Welles said: "As he was getting off at his floor, I said, 'Charles Foster Kane would have accepted.'"

Welles denied the film was about Hearst

There are parallels, but these can be just as misleading as comparisons...
Orson Welles

During the promotion of the film in 1941 Welles issued a statement correcting a magazine article which claimed Citizen Kane was about Hearst.

Welles said: "It is the portrait of a fictional newspaper tycoon, and I have never said or implied to anyone that it is anything else."

Writing many years later, Welles did concede there were similarities between the two but maintained Citizen Kane was not a portrait of Hearst.

In 1975 he wrote: "There are parallels, but these can be just as misleading as comparisons... Except for the telegram [a reference to the famous Hearst quote, 'You make the pictures, I'll make the war'] and the crazy art collection (much too good to resist), in Kane everything was invented."

There was a row over script credit

You are a juvenile delinquent credit stealer
Herman Mankiewicz

Simon Callow recalls in his Welles biography that Mankiewicz became angry that Welles seemed to be getting all the credit for writing the film during the promotion of the film.

Herb Drake [Welles' publicist] wrote: "[Mankiewicz] is in the biggest fever yet... [he is threatening] to come down on you because you are a juvenile delinquent credit-stealer..."

Callow notes, however, that Mankiewicz later seemed to relax his position to a friendly request that Welles refrain from saying he alone wrote Citizen Kane during personal press interviews. 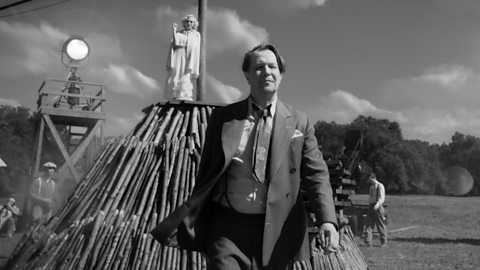 He’d show up at midnight. No apologies… We’d work to three or four AM
James G Stewart, dubbing mixer on Citizen Kane

Welles was willing to shoot and reshoot until he got a scene just right, according to Paul Stewart, who played Kane's butler.

Stewart said: "He shot more film than anyone in the history of the cinema. One day he shot more than three thousand metres of film. He got up to the hundredth take." Welles didn’t use any of them. Next day, he got the scene in two takes.

When Joseph Cotten, in the role of Kane’s best friend, played the scene in which he falls asleep over his typewriter, Welles had been working him for 24 hours non-stop.

The crew didn't get off lightly either, according to dubbing mixer James G Stewart. He recalled: "I'd work all day – he'd make an appointment for eight o'clock to run rushes. He'd show up at midnight. No apologies… We'd work to three or four AM."

The meaning of ‘Rosebud’ is contested

There are many theories about what Rosebud - the dying words uttered by Charles Foster Kane - actually meant.

Gore Vidal claimed that Rosebud was the nickname Hearst gave to the clitoris of his lover, the actress Marion Davies. (Vidal mused in The New Yorker that as the name came from a sequence written by Mankiewicz, a friend of Davies, it could be that Welles was unaware of the true meaning).

Welles argued it was simply a name, long forgotten by the conscious mind, signifying a defining moment in Kane's life.

He said: "My character had never made what is known as 'transference' from his mother. Hence his failure with his wives. In making this clear during the course of the picture, it was my attempt to lead the thoughts of my audience closer and closer to the solution of the enigma of his dying words.

"Rosebud is the trade name of a cheap little sled on which Kane was playing on the day he was taken away from his home and his mother. In his subconscious it represented the simplicity, the comfort, above all the lack of responsibility in his home, and also it stood for his mother's love, which Kane never lost."

Citizen Kane is available to watch now on BBC iPlayer.

More Orson Welles from the BBC