Since its beginnings, Hollywood and its composers have looked to classical music for inspiration. But Charles Koechlin’s Seven Stars’ Symphony is a rare early example of the silver screen inspiring a major musical work, as Robert Orledge explains.

It was the sight of Marlene Dietrich and Emil Jannings in Josef von Sternberg’s film The Blue Angel on 29 June 1933 that converted Charles Koechlin overnight into an avid aficionado of the early sound film, a sudden transformation which was to develop into a virtual infatuation with the English-born star, Lilian Harvey, for whom he composed 113 shorter instrumental and vocal pieces between 1934 and 1938.

I could not fail to appreciate the spiritual grace or the insolent beauty of certain stars…This led to my Seven Stars’ Symphony.
Charles Koechlin

But before 1933, Koechlin admitted that ‘I had shown considerable disdain for [silent] films because of their often vulgar and demagogic nature. But I confess, without shame, that on getting to know this very uneven art-form better, I could not fail to appreciate the spiritual grace or the insolent beauty of certain stars…This led to my Seven Stars’ Symphony.’

Of course, the main reason was that Koechlin could now envisage these actors as talking and sensitive human beings, and in the case of The Blue Angel, he was fortunate to see a psychologically penetrating and dramatically moving, very early example of the new genre, made in 1929. There were none of the silent film subtitles he found pretentiously banal, the story was far from superficial, and the whole experience brought into focus his own inner conflict between the necessity to survive as an impecunious artist in real life and a desire to escape into a fantasy world in which his vivid imagination could be fully realized. So it is easy to see why the ill-fated relationship between the unworldly Professor Rath, infatuated with the erotic fantasy he saw in the cabaret artist Lola-Lola, moved him so deeply.

However, the first star Koechlin chose to portray in the work was Douglas Fairbanks Senior, because of his agility, elegance and spontaneity in the title role of The Thief of Bagdad - even though this was a silent film from 1924. And the second and fourth movements were actually inspired by photos of Lilian Harvey and Clara Bow, before he had seen any of their movies. They constitute the Minuet and Scherzo of the Symphony and Koechlin associated the Bow a.k.a. the ‘It Girl’ with the ‘joyous California’ that he discovered on his visits to America in 1928 and 1929. In between, Greta Garbo inspired an unexpected ‘pagan chorale’, an austere monody for the newly invented ondes martenot, which seems to represent her glacial Scandinavian origins rather than her legendary female charms.

For the three final movements, Koechlin devised a musical cipher system in which the themes spell out the stars’ names, and in the Emil Jannings movement, ‘a chorale for the repose of his soul’ meant to be played after his tragic death at the end of The Blue Angel, he virtually tells the film’s story in music. In the main part of the movement, we see the conflicts in the mind of the shy, emotionally repressed professor leading to his ill-advised marriage to Lola-Lola (Marlene Dietrich). This culminates in a strident and discordant version of the Emil Jannings theme, leading to a sparser apotheosis in which the two themes combine in hopelessness and desolation. Marlene’s own movement is altogether more lush and self-assured, although Koechlin made several attempts to find the right theme for her, even rejecting one for saxophone (with harp and strings) inspired by a ‘passionate yet sceptical scene in Shanghai Express’.

Koechlin considered his music for the Charlie Chaplin finale to be the finest in the symphony. As he evoked Chaplin’s burlesque adventures in The Gold Rush (1925), The Circus (1928) and City Lights (1931) in often graphic detail, he thought that he had been ‘clearly able to distinguish what could be done with the cinema, without any concessions…a music faithful to the details of the subject, but commenting on them in depth… a musical art closely condensing the innermost reality and being at one with the film itself.’

But, as film directors invariably saw music that was too good in its own right as distracting audiences from the film it accompanied, Koechlin’s goal was rarely achieved in his lifetime, and we should be especially grateful to have his early vision of it in the finale of his Seven Stars’ Symphony.

Robert Orledge is a leading scholar of early twentieth century French music, and a Professor Emeritus of the University of Liverpool. 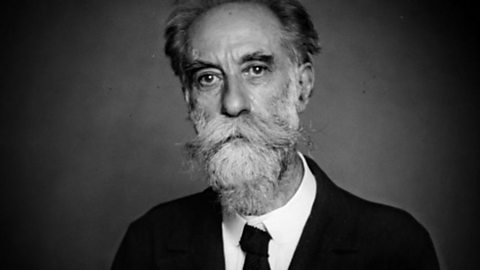 Donald Macleod explores the life and work of Charles Koechlin 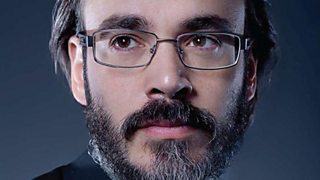