The making of Murder: behind the scenes with director Birger Larsen

Critically acclaimed Director, Birger Larsen already has a string of successes under his belt, including The Killing. He directed the pilot for Murder, which won a BAFTA in 2013, and has returned to direct the first film in the new series: The Third Voice.

A good story is the most important thing to me, and the format, I enjoy the format of delivering the lines down the lens, using CCTV footage, forensic photos and 8mm film. 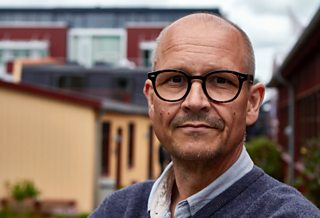 I’m trying to find something that the audience has never seen before.

I always want to do something that’s never been done before, to take it to the next level.

I love filming in Scotland, I adore the humour, the sarcasm and how skilled they are. They are very good at what they are doing.

I didn’t find it difficult to work in a different language, it was easy to say the lines before the actors and with the crew, when you’re making a film, you all share a common language, everyone knows what to do.

Filming by the river was a nightmare. We had to leave at 5 in the morning and drive for an hour, then all get into 4x4 to get to the bank, then film for 10 hours before travelling an hour back.

The river is dangerous with a strong current but we had doctors, nurses and divers on hand.

When Conor McCarron (Frankie) was in the water five divers were in the water too, just out of shot there were also weights and ropes on the river bed for Peter to hold on to, he came up when he couldn’t hold his breath any more.

I’m really proud of “the kiss” sequence leading up to the killing, it’s a really beautiful sequence.

We couldn’t got to Rome because the budget wouldn’t allow it, it had to be very special light to give the impression that they were in a hotel room in Rome. I came up with this idea and I just followed my gut and shot this sequence in 30 mins.

It didn’t matter about being in Rome, it’s the emotional journey that mattered, that we had to tell, while they were in Rome their daughter was dying at home in Scotland, that was the story that we were telling.

Working with the cast

I work a lot with them at the casting. 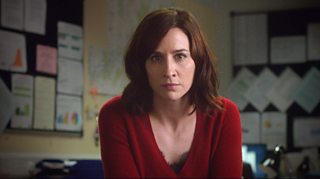 I go through a process - I make sure that the actors have been through their idea for the character, and then we'll work our way through my ideas for the character....it's a playful process.

It's very important for me that the actors feel that they have tried different ideas instead of the usual - "how old are you, how tall are you etc".

By the time casting is finished they know exactly what I want and when it gets to filming it’s easy as that part of the work is done.

On set, it’s my job to make the atmosphere as playful and relaxed as possible so that they can loosen up and be free for their performance.

I never choose the music before I film. It’s an organic process for me, that’s constantly changing, the costume, the actors, the river they’re all constantly changing and affecting one another and I’m always thinking how can I use this to the best of the story.

I knew we had to find the river first. The location manager took me to the river Tweed and I thought it was a beautiful river. But the problem was that it was salmon fishing season and there were fishermen everywhere and I couldn’t film a murder with fisherman all over the river bank! 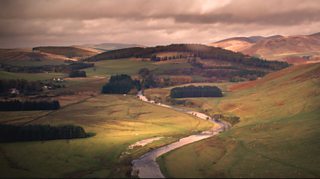 Then we thought about going to a river in the highlands, but it looked too like Game of Thrones or Outlander.

Eventually we found a section of the river which didn’t have fishermen on it. It was where the salmon breed and there were no fishermen as they’re not allowed to fish where they’re breeding.

The problem with this section of the river was that it was very calm and I wanted it to be more violent.

However, I’m always lucky with the weather, two days before filming it rained and rained and the river became more violent, so it was perfect.

The pilot for Murder was actually made before Serial and The Jinx so no I don’t think that I was influenced by them at all, Murder came first.

The Killing vs The Good, The Bad and The Ugly

In The Killing it’s true that I really wanted Sarah Lund to wear a poncho like Clint Eastwood in The Good, The Bad and The Ugly but she didn’t feel comfortable in it. She came in one day with a jumper and said what about this and I said “yes, sure”.I didn’t want her to be uncomfortable it’s very important for the actors to feel happy about what they’re doing.

I was the Director of Murder, so I didn’t have the same kind of discussion over details like the costume. Kath Mattock is a great Producer and we would a talk about things together with the team.

I’ve just finished making my first comedy in Denmark. It’s a cross between The Inbetweeners and The Hangover. It’s the third in a series and I loved doing it, but it’s a lot easier to kill people!