Persona 5 Strikers swaps RPG for action, but does it maintain the effortless style of the original?

While never reaching the heights of the original RPG, Persona 5 Strikers is a great action game and the perfect excuse to spend more time hanging out with The Phantom Thieves.

There are few games more universally beloved than Persona 5. The original release and its re-release, Personal 5 Royal, are two of the highest rated games in Metacritic history. For me, a big reason I love the original game so much is its unimpeachable sense of style. Everything from the menu interactions to the incomparable soundtrack, the whole thing is a treat for the eyes and ears.

In maintaining this element straight from the word go, Persona 5 Strikers makes a fantastic first impression.

The biggest departure from the original games is the genre. No longer a turn-based game like Pokemon or early Final Fantasy titles, Person 5 Strikers is a musou game, like Dynasty Warriors or the recent Hyrule Warriors. Essentially you’re dropped into large areas and it’s down to you to hack and slash enemies in greater and greater numbers.

Like Persona 5, the game is split up into several dungeons, known as jails, the goal is to infiltrate and solve some light puzzles before taking on a boss. The combat in these dungeons is constantly fun.

The sheer variety of team members the game offers is staggering, so you’ll always feel like you’re doing something new, even if in reality you’re mashing the same buttons in limited combinations. 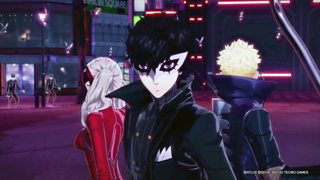 Some of Persona’s tactical play returns with enemies having weaknesses and immunities and while it’s never as in depth as the main game, you’ll definitely need to vary your attacks as even on normal, the game can be tough.

Also returning from Persona 5 is the huge amount of story content. For a lot of people, the Persona games are just long animes that happen to have a bit of game in the middle and Strikers is no exception. While the slice of Japanese life of the main series isn’t as prevalent, you’ll still spend plenty of time just walking around cities and talking with your friends.

For those unfamiliar with the series you might wonder why you’re spending so much of this action game in long conversations about what cities you want to visit on your summer break, but without it, the game just wouldn’t be Persona.

The game isn’t without some stumbles, the few platforming sections in each jail are extremely clumsy and don’t fit with the otherwise incredibly polished experience. 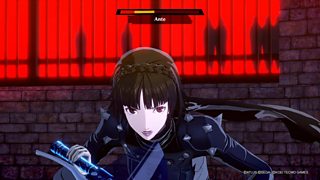 Similarly, there’s an emphasis on stealth while roaming the jail which doesn’t always work well. If you’re spotted too often by enemies, you’re forced to leave the jail and return later. This system made more sense in Persona 5 as you only had a finite amount of time to complete a palace, but without those constraints it feels like an element from the main game implemented clumsily.

Even though it’s not quite as long as the 100 hour original, Persona 5 Strikers is a substantially long game. If you want to complete every request and discover every inch of each city you visit, you’ll easily spend more than 50 hours in the company of The Phantom Thieves. While later jails get repetitive in the same way that some palace’s in the main game felt unnecessary, I kept pushing forward to see that next bit of story or hear that next incredible remix of one of my favourite soundtracks in gaming history.

While not an action game to everyone’s taste, I was so glad to have another excuse to step into the world of Persona 5. With Persona 5, Persona 5 Royal, Persona 5 Dancing All Night and now Persona 5 Strikers, you’d think I'd be sick to death of listening to Ryuji or Makoto, but honestly, if anything it made me want to seek out the anime adaptation.

It’s simply one of the best cast of characters in the history of role-playing games with an aesthetic flair that’s still untouchable.