All Work and No Play by Jamie Woodcock

In advance of Phil Collins’ Ceremony, MIF has asked several leading British writers for a personal take on Friedrich Engels and his legacy. Today, Jamie Woodcock assesses how Engels can help us understand the nature of work in the 21st century. 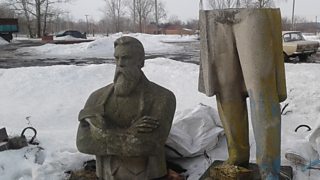 Frederick Engels painted a vivid portrait of the lives of working people in The Condition of the Working Class in England. Although much has changed since he was writing, the book is still an important reference point for understanding work and society today. In my own research, I take inspiration from Marx and Engels to try and understand how work is changing. This involves building collaborations with workers to try and understand their conditions, how they resist, and what new forms of organisation might look like today.

Surveys or interviews are often used to understand work, but ethnography provides a much richer and more detailed picture. This method entails the extended involvement of the researcher in the social life of those they study. In this vein, Engels arrived in Manchester 1842. At the time, he was a young radical with what David McLennan described in his introduction to the OUP edition of the book as a ‘passionate commitment to Communism’, who had ‘decided to unite his business career and political interest by going to work… in his father’s factory’. The textile industry in Manchester was at the heart of the industrial revolution, transforming the city and its inhabitants.

Given Engels’ background, he could have become part of the industrial elite. Instead, he sought to understand the effects of that industrialisation on the people who were working in the factories and beyond. As Engels explained: ‘I wanted more than a mere abstract knowledge of my subject, I wanted to see you in your own homes, to observe you in your everyday life, to chat with you on your conditions and grievances, to witness your struggles against the social and political power of your oppressors.’

Engels was introduced to the city by Mary Burns, an Irish woman he would later marry. She provided access to the working class in Manchester. The two may well have walked past the site of the statue Phil Collins is installing for MIF17, given that it was the heart of the Irish community in the city. What Engels found was conditions that were ‘the highest and most unconcealed pinnacle of social misery existing in our day’. Engels wrote up the results of his first-hand research with what McLennan described as ‘an attention to detail in powerful and vivid language which at times rivals that of Dickens and reproduces the passion of Carlyle.’

There are drawbacks of Engels’ book, which is hardly surprising given the passage of time since. First, Engels was very optimistic about the pace and prospects of social change. He overestimated the rise of Chartism, along with extent to which the working class was becoming a unified bloc. He also ‘vastly underrated’ the bourgeoisie, particularly ‘its drive and vitality as a class.’ Engels also adopted the English stereotype of the Irish (something he would later revise). Along with his discussion of gender roles in the workplace, showed how he was ‘subject to the prejudices of his age.’

Despite these limitations, Engels’s book provides an important documentary of the industrial revolution. To apply the inspiration from Engels – as well as Marx – today, the theories of Marxism they initiated need to be pushed into practice. While much has changed since the time they were both writing, many parts are still recognisable. As Aditya Chakrabortty has recently written, the fire at Grenfell Tower follows in the same logic: he compared it to the ‘social violence documented by Engels’ that ‘wasn’t aimed at a particular person and wasn’t usually intentional’. The same drives to competition and profit continue today, putting them above health or safety.

When Marx later wrote Capital, he took a similar approach to Engels for chapter ten on The Working Day. The chapter details the struggles of factory workers. While the kinds of work we do today have changed, there remains an important continuity with Marx’s time. Most people are ‘free in a double sense’ to work, as Marx joked – both free to choose who they work for, but freed from any other way of meeting their needs. The problem with work is that through that double freedom, workers are compelled to sell their time to someone else. The buyer of their time wants to get the most they can, while workers do not want to be worked to exhaustion. This contradiction creates conflicts at work, which management has continually tried to resolve.

Work has continued to change, from the textile factories of 19th-century Manchester, with the rise of mass production, and later the increasing use of digital technology. For my first project, this involved going undercover in a call centre. I have written up the account in Working the Phones, which focused on the experience of working in high-volume sales call centres. The work involved effectively cold-calling customers to sell life insurance. It was all under constant electronic surveillance and the intense pressure of targets. Every call is recorded and timed to the second, which created an environment that most workers leave after a few months. While the factory exploited the bodies of workers, the call centre exploits the mind. The ability to communicate and use emotions is used to build rapport and close sales.

Work is becoming more precarious, with fewer permanent or secure employment contracts. Workers are forced to become more flexible, often with no benefits for themselves. This is happening in call centre, catering, hospitality, and the new so-called ‘gig economy’. For example, Deliveroo is a food delivery company that claims to be a ‘platform’. Instead of direct employment, it claims to have thousands of self-employed independent contractors who deliver takeaway food on bicycles or mopeds. This way, the company frees itself from requirements to pay minimum wage, holiday, sick pay or any other requirements that workers have fought for since Engels’ day.

The digital economy is being driven by these attempts to innovate on the older forms of workplace exploitation. From transport companies like Uber and Deliveroo to the fragmented online work of Amazon Mechanical Turk or freelancers on Upwork, work is continuing to be transformed. In my latest research project, Fair.Work, we are trying to understand the implications of these changes. Yet while we can document the conditions of work today, that was only ever half of Marx and Engels’ project. As Marx explained in his call for A Workers’ Inquiry, only workers ‘alone can describe with full knowledge the misfortunes from which they suffer and that only they, and not saviours sent by providence, can energetically apply the healing remedies for the social ills from which they are prey’.

The second part of that story is the continuing resistance to work. Research cannot solve these problems, but it can help to identify and support resistance. In call centres, workers engage in a spectrum of resistance: from the micro-practices that fight over time on the phones, to the refusal of work when they quit. At Deliveroo, there was a six-day strike, and workers are now organising for better pay and conditions. These struggles are not taking place within the existing structures of trade unions, as they focus on declining membership in the public sector. But as Harry Braverman wrote in Labor & Monopoly Capital: The Degradation of Work in the 20th Century, resistance exists like a ‘subterranean stream’, emerging ‘when conditions permit’, but nevertheless always running below the surface. At Deliveroo, these struggles are being organised with the Independent Workers’ Union of Great Britain (IWGB), experimenting with new methods.

The unveiling of the statue of Engels in Manchester is an important symbol of the contributions he made. It is a fitting reminder of his commitment to the city and the working class. Yet it should serve as more than a historical monument. If Engels were to walk the streets of Manchester today, what would he make of it? The city, its inhabitants and its workplaces have undergone a deep transformation, but the relationships of exploitation are still clear to see. Whether the exploitation is obvious or subtle, takes place online or in physical workplaces, like Engels we too need to stand against the social violence of capital. So the statue should also be a call to action: that the future belongs to those exploited workers.

Sources: Friedrich Engels, The Condition of the Working-Class in England (1993 edition, OUP); Karl Marx, Capital: A Critique of Political Economy Vol.1; Jamie Woodcock, Working the Phones: Control and Resistance in Call Centres. Hyperlinks to other sources are contained within the text.

Dr Jamie Woodcock is a fellow at the London School of Economics and the author of Working the Phones: Control and Resistance in Call Centres. His current research focuses on digital labour, the sociology of work, the gig economy, resistance, and videogames. This piece is part of a short series of personal blog entries commissioned by MIF to mark Phil Collins’ Ceremony, which closes MIF17 on Sunday 16 July 2017.