A psychologist’s tips on how to spot a liar

How do you tell if someone is lying? When Professor of Psychology Richard Wiseman conducted a nationwide experiment to identify the tell-tale signs, the results were surprising.

In The Life Scientific he shares his top tips for how to spot a fibber.

How do you spot a liar? 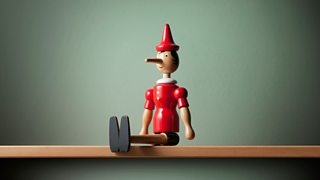 In one video he told the truth, but the other contained a pack of lies. Both videos were then played live on Tomorrow’s World and viewers were asked to phone in and guess in which one Robin was telling the truth. This enabled Richard and his team to identify the cues that we all use to detect when someone is lying. As well as the Tomorrow World footage they also broadcast the soundtrack on BBC Radio and placed the transcript in the Daily Telegraph.

It transpired that people were better lie detectors when they just heard the soundtrack or read the transcript. Those who watched it on television struggled to detect the lies. This is because visual cues distract us from what is being said and good liars can control their body language more easily than their voice. So, if you want to spot a liar, don’t look at them. Listen to what they say and how they say it. If you want to distinguish fact from fiction then radio, not TV or video, is your friend…

2. Beware a shortage of personal references

People tend to drop out personal references when they’re lying, so “me”, “my” and “I” drop away.

Perhaps to minimise the risk of dropping themselves in it, liars tend to say less. Robin Day said about half the amount when he was lying than when he was telling the truth.

4. Look for pauses after questions

There’s a bigger response latency – the period of time between the end of the question and the beginning of the answer – when people are lying.

With lies, there’s a drop in emotionality.

Are you a natural born liar? 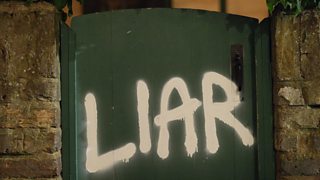 Professor Richard Wiseman reveals some fascinating facts and an experiment you can do.

6. Pay extra attention to your nearest and dearest

Depressingly, Richard has also shown that our nearest and dearest are the most able to deceive us. When you get people who have been friends or partners for twenty years they’re very confident about detecting lies but, in reality, particularly bad at it. The better you get to know someone, the easier it is for them to lie to you undetected.