The dark history of the treadmill

It's one of the most popular and best-selling pieces of exercise equipment available, adored by gym-goers the world over for its convenience and safety.

Yet the treadmill has a surprisingly disturbing past. You see, before the invention of the modern consumer version, it was associated with a very different kind of exercise...

The history of the treadmill is long and gritty, with a strong association with labour. There’s evidence dating back thousands of years of animal and human-powered models being used to lift heavy weights.

But by far the darkest chapter in the treadmill’s history came in the 19th century, when it numbered among the cruellest forms of punishment available. If you thought your first day back at the gym was grim, wait until you hear this.

In 1817, an engineer called William Cubitt was inspired by the sight of prisoners sitting idle to create a new machine. He thought that his invention, the “tread-mill”, might “reform offenders by teaching them habits of industry.”

Cubitt may have come from a family of millwrights, but his invention was designed to “grind air” rather than corn, with resistance provided by a system of weights.

Cubitt's treadmills were fitted with hand-held bars for support, and most were large enough to allow several men to climb at once. Some, like the treadmill at the Vagrants Prison in Coldbath Fields, were fitted with partitions so that prisoners were isolated and could see only the wall in front of them.

The penal treadmill was “the perfect punishment” by Victorian standards, according to academic Vybarr Cregan-Reid. The work the prisoners were doing was “literally pointless”. It was a useless but exhausting task that fitted with Victorian ideals about atonement achieved through hard work. 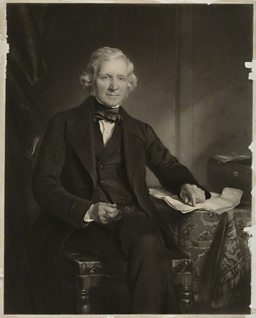 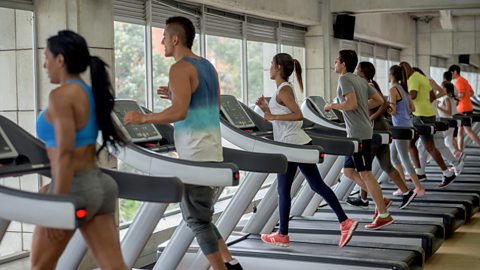 The dark history of the treadmill

Why Victorians saw the treadmill as the "perfect punishment" for hardened criminals.

In the 19th century, prisoners sentenced to hard labour walked the treadmill for at least six hours daily, the equivalent of climbing 10-14,000 vertical feet. Prisoners at Warwick Gaol walked an incredible 17,000 vertical feet over 10 hours one hot summer.

It wasn’t long before some prison officials decided to use the treadmills to power water pumps and grind corn. This way, the prisoners would be working for the benefit of wider society (albeit unwillingly).

Also designed by William Cubitt, it was used to grind corn using machinery underground. Up to 24 prisoners, working in silence, would move from left to right so that the man furthest along could step off to take a break while a “rested” colleague got on at the other end.

It worked out at around 12 minutes rest for every 60 minutes of climbing. 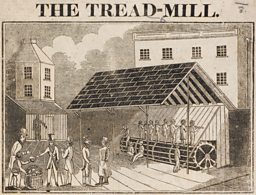 The treadmill at Brixton Prison, pictured in an 1817 London broadside held by the British Library.

Walking the treadmill was neither enjoyable nor healthy.

Not only were prisoners cut off from each other and their surroundings, but they would easily have burned more than 2000 calories during their day’s work – energy that even “hard labour” prison rations would have struggled to replenish.

Unsurprisingly, the sick list for those sentenced to hard labour at Brixton Prison often ran into the twenties, much to officials' frustration.

The back-breaking labour brought many to an early grave.

The writer Oscar Wilde, for example, walked a treadmill in Pentonville Prison as part of his 1895 hard labour sentence. It almost killed him. He left prison in 1897 and died just two years later, aged 46.

Yet many Victorians saw the treadmills as a positive solution to prison idleness.

An 1875 broadside held them responsible for “a great improvement in Prison discipline”, while the Society for the Improvement of Prison Discipline called them a “preventative punishment”.

It was thought that no-one who experienced the treadmill would ever want to commit another crime. 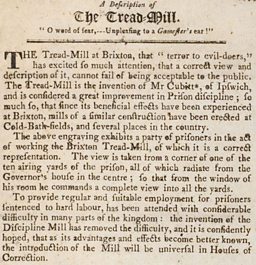 Penal treadmills were abolished in Britain in 1902.

But nowadays, it seems we can’t get enough of treadmills. And what’s more, we’re willing to pay hundreds of pounds a year for the privilege of using them.

But why, asks Vybarr Cregan-Reid, would you stare at your reflection in the gym mirror when you could be running outside?

Although running indoors is seen by some as safer and more convenient, treadmill runners could be missing out on all the physical, neurological and mental health benefits that the experience of moving through a real landscape has to offer.

You can hear more from Vybarr and other running experts as Free Thinking tackles the subject of running: on air on Wednesday 11 January and available to Listen Again online in perpetuity.