By Davina Bacon, 17, from Cambridgeshire. 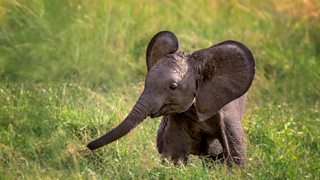 Leaves rustled as we crawled through the thick brush. I hushed the others, although I was loudest. Matthew pinched my leg, chuckling softly when a yelp escaped from me. His pinches were deadly. David craned his head to glare over his shoulder, silently reprimanding us: If you fools continue misbehaving, I will leave you here in the dark, and you can explain what we were doing. See if you’ll be laughing then.

Our path was barely visible despite the yellow headlamp clamped on David’s head. Matthew and I followed almost blindly, placing our hands exactly where David had. The trail was familiar. The cold, sharp edge of my rifle fit perfectly into the groove it had carved into my skin years ago, and its weight no longer bothered me. Instead, my mind focused on staying low, silent, and swift.

We reached the watering hole. The view might have been beautiful, had we come to appreciate the way the deep blue sky dotted with a billion stars was streaked with red and violet light coming from just behind the hills along the border. But we hadn’t. Instead, we sat back on our haunches and devoured the rice and beans we had brought for the wait. The elephants usually ambled down about ten minutes after we arrived.

Soon the first of the lumbering grey beasts wandered down to drink. In a flash, the rifle was poised in my arms, lifted to eye-level to get a shot. From the corner of my eye, I glimpsed David’s gesture for me to lower it. It wasn’t worth it. Its pale tusks were stunted so they wouldn’t reach a decent price, and it would take too long to dig them out of its face. Slowly, I lowered the rifle, and watched the young elephant frolic in the shallow water, oblivious to our presence and its close brush with death. The rest of the herd meandered down, but still David did not give the signal. Patiently, I waited.

Soon the light behind the hills had disappeared. The herd was leaving. I glanced at David, wondering if he had just come for the view after all. His hand was raised, pointing. “Amayi,” he muttered in Chichewa. Mother. I followed his finger and made out a hazy shape with a smaller shape next to it. But, although darkness cloaked the entire park, I could discern the majestic, sweeping arches of her tusks, almost glowing with ivory. The baby was trailing behind, and she’d slowed to wait for it while the rest carried on their journey to who-knows-where. Nodding, I aimed the rifle, placed my finger on the trigger and pushed.

The blast shattered the night.

A behemoth shriek pierced the air, and we felt the earth tremble as she collapsed. We jogged over, intending to finish the job quickly and leave. Though she fell silent, she quivered as her calf gently nudged her trunk. I should have finished her then. I should have put a bullet to the top of her gigantic head and killed her. But I couldn’t. Perhaps it was the way her calf urged her to stand, perhaps the way those inky black eyes tried to speak, the way they held no reproach. Believe me, if I had killed the creature, I’d be a heartless man.

It couldn’t have been more than a second, but it was enough time. I reeled, recalling where I had seen the elephant’s expression before. My dying mother had looked at me like that as the life went out of her eyes. I, a boy no older than ten, had squatted and stared uncomprehendingly at her lifeless body on the road, all the coins we had collected that day scattered around her head like a halo. I remembered the funeral, where I and my older sister had hovered behind a group of adults arguing about responsibilities, whose names Amayi had only whimpered in her nightmares. Then a house that smelt like fish, where my sister, thinner than ever, vigorously pounded something in a mortar, while a stout man who glistened with sweat alternated between leering at her, smirking, or intently watching the television where gaudily dressed women paraded in technicolour. And me? I ran away, ran to the streets, ran into trouble.

The rifle clattered to my feet.

Matthew and David looked at me, bewildered, as I sank to my knees. David’s eyes hardened, before he scooped up the rifle, placed the barrel to the mother’s head, and killed her. Then he turned and did the same to her baby. The ensuing silence rang in my ears. It was broken by the sharp hack of his machete against the beautiful corpse’s face, my nausea doubling when Matthew followed suit. They didn’t care about the way the rich, sticky blood clotted around their leather boots, or the way they almost sliced off her limp trunk. To me, the ordeal seemed to last for eternity.

Eventually, each man cradled a gory tusk. The grand arches were no longer a papery white, but inked with rivulets of blood flowing down the curves. To the side, the carcasses lay still, mere cases of the beings they once carried. Then they turned to me, and for a second, the contempt in David’s eyes made me think he was going to kill me too. I had failed him, the man who raised me, taught me to kill, to forget the past. Betrayal was punishable by death. We had been warned enough during training. Instead, he spat on me, his saliva congealing on my eyebrows and dripping down my cheeks to mix with my tears. Matthew looked away. And although I had been spared for now, I knew I wouldn’t be trusted again. They would dispose of me later. And perhaps that was best.

Sometimes the past catches up with you, as swift as a bullet, and leaves an emptiness in you, as large as an elephant.