Stress is part of our everyday lives – but when it becomes overwhelming, it can lead to serious problems with our mental and physical health. Nearly three-quarters of adults in Britain have reported feeling overwhelmed by stress at some point. 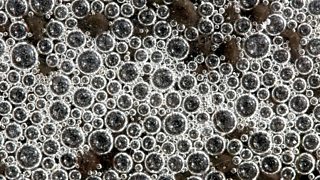 But some scientists believe our own bodies may hold the key to tackling stress.

They are focusing their research on a phenomenon called Autonomous Sensory Meridian Response – or ASMR. ASMR is characterised by a tingling sensation which starts at the top of the head and spreads through the whole body, leading to a state of relaxation. People who experience ASMR report the sensation as being calming, soothing, and pleasurable – though not sexual.

It is believed that up to fifty per cent of the population may be able to experience this sensation, which can be triggered by seemingly mundane sounds such as combing hair, typing on a keyboard and gentle whispering. Internet sites in which “ASMRtists” create a collage of vivid, if ordinary, everyday sounds, garner millions of hits.

Dr Agniezska Janik McErlean at Bath Spa University is one of the leading researchers into ASMR. Her work is focused on establishing the effects and potential health benefits of ASMR.

For Trust Me I’m A Doctor, Dr McErlean set up a small experiment with eight volunteers. Each volunteer listened to a collection of sounds known to stimulate ASMR, and Dr McErlean measured the electrical conductance of their skin, as well as their heart rates.

Three of our volunteers experienced ASMR. Of these, all experienced a drop in heart rate, associated with calmness and relaxation; and an increase in skin conductance, which is usually associated with increased excitement or arousal. Although the study was small in scale, Dr McErlean believes it captures well the complexity of ASMR: people feel at the same time stimulated and relaxed.

More research needs to be done before we fully understand the potential therapeutic benefits of ASMR; however studies such as this, which demonstrate measurable effects, suggest a natural treatment for stress could exist within at least some of us.

The benefits and potential reach of ASMR are of interest beyond the medical profession. This year’s Superbowl featured an ASMR-themed beer commercial and big brands such as Dove and IKEA have also tapped ASMR for recent advertising campaigns.