Cheers! A beginner’s guide to beer

In a beverage based episode of The Food Programme, The Mothership of Brewing: Beer and the Belgians, Dan Saladino and drinks writer Pete Brown find out why Belgian brewing is so influential.

To toast the show we’ve brewed up a beginner’s guide to beer. Are you confused by the plethora of beer styles on the shelf? Struggling to tell each fermented malt beverage apart? And wondering how and where these different beers came from? Then look no further!

Lager is the world’s most popular beer. Crisp and refreshing, it’s normally pale in colour, effervescent, and served cold. Lager means “storehouse” in German, and this is how the beer earned its name: lager is stored for several months after brewing, in near freezing temperatures. Before fridges existed, German brewers would dig cellar caves for lagering, filling them with ice from nearby lakes and rivers! Notably, lagers are fermented with bottom-fermenting yeasts: the yeasts sink to the bottom of the beer during the fermenting process.

A pilsner is technically a lager but it is more heavily hopped, which results in a more robust and hoppy flavour. It was first brewed in 1842 in the Bohemian city of Pilsen, from where it takes its name.

Whereas lager is brewed with bottom-fermenting yeasts, ale is brewed with top-fermenting yeast, for a shorter length of time, and at warmer temperatures. The result is a full-bodied beer, with a sweeter, fruitier flavour. Ales are normally darker than lagers – ranging from rich gold to deep brown. Historically, the term “ale” referred to a beer brewed without hops, but now hops are almost always a part of the package. 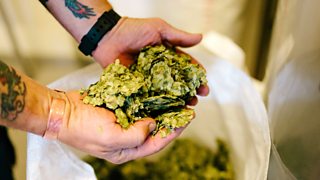 In Medieval Britain, weak ale known as “small beer” was consumed daily by everyone, including children!

Whereas lager is a relatively recent invention, ale production dates back thousands of years. In Medieval Britain, weak ale known as “small beer” was consumed daily by everyone, including children! Largely made by women, known as “brewsters”, it was a good source of nutrition and the preservative effect of the alcohol made it safer to drink than water. An excellent excuse!

The clue is in the name! Pale ale is made from predominantly pale malt. The term first appeared in the early 1700s, when brewing with malts dried with coke resulted in beers that were lighter than others around at the time.

India Pale Ale is a hoppier variety of pale ale that emerged in the 19th century, as a beer to export to the British Empire in the East. It was too hot to brew in India, so an ale that could survive the lengthy journey across the ocean was required. The solution was extra hops, which acted as a natural preservative. In fact, the beer not only lasted the journey but improved en route! In recent years, American craft brewers have adopted and run away with the style, developing hundreds of heavily hopped (and often highly alcoholic) beers that all bear the name IPA.

A bright, light yellow or golden beer, a blonde is similar to a pale ale in terms of flavour, but it’s generally a less hoppy proposition.

Due to roasted grains, both porters and stouts are a dark brown colour, with malty sweetness and nutty, chocolaty, or coffee-like flavours. So what’s the difference? The truth is, not a lot. The name porter was first used in the 18th century to describe a dark beer that had been made with roasted malts. A “stout” porter was simply a more robust and stronger variety of porter. Now the term stout has simply come to mean dark beer, with the world’s most popular version being, of course, Guinness – the Emerald Isle’s most famous export. Look out for milk stout, which contains lactose for added sweetness and body. And oyster stout, which emerged when brewers realised that oyster shells naturally clarified beer! 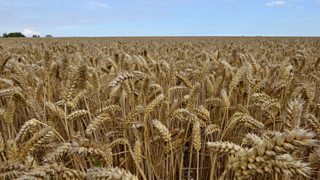 A saison (French for “season”) was traditionally a weak beer, brewed in springtime in Belgian farmhouses, to be drunk in the summer months. These days however, it’s a style for all year round and we’ve upped the alcohol content! A saison is made from pale malts and hops, has citrusy and spicy notes, and a secondary fermentation in the bottle gives it some serious fizz.

Nearly all beer used to be sour, before we got our heads around sterilisation! But these days a sour is a beer that intentionally tastes tart. Sours are made by allowing wild yeast strains or bacteria into the brew – many famous Belgian sours are aged in oak barrels to let microorganisms in to breed. Adding fruit during the ageing process is another means of achieving sourness.

Wheat beer is a pale, often cloudy beer, which is brewed with a large dose of (you’ve guessed it) wheat. One of the main varieties is weissbier (“white beer”) – the traditional beer of Bavaria, made from around 50% wheat. It’s the use of pale wheat and barley malts that give it its yellowy-white tint, and its name.

It’s impossible to dip a toe into the world of Belgian beer without touching on Trappist beers, brewed by Trappist monasteries. Today, eleven Trappist breweries are active across Belgium, the Netherlands, Austria, Italy and the United States. And Britain’s first Trappist brewery is now up and running at the Mount St Bernard Abbey in Leicestershire! The beers are generally bottled and follow a basic system of classification: they are labelled either enkel (“single”), dubbel (“double”), tripel (“triple”) or quadrupel (“quadruple”) as they go up in strength. It’s not unusual for a tripel to be 10% ABV, so be on your guard!

Not for the faint-hearted, barleywine is a hefty ale which ranges from 6 to 12% ABV – as strong as many wines! It’s typically a reddish-gold to deep brown colour, with complex malt flavours and caramel notes.