Who would have guessed that a humble radio panel show which began life almost 50 years ago would still be amusing audiences around the world today? The deceptively simple concept of talking without hesitation, deviation or repetition is still just as entertaining, and at times frustrating, as ever before. Notching up a staggering 78 series, veteran host Nicholas Parsons has overseen more hilarious moments this series.

To celebrate the trips, slips and stutters, we’ve compiled some of our favourite surprising moments.

The comedian made it absolutely clear that the thought of engaging in a Rumba or Salsa is his idea of hell. We wouldn’t want to make the mistake of asking him to appear on Strictly Come Dancing, because when he gets angry… he’s petrifying! 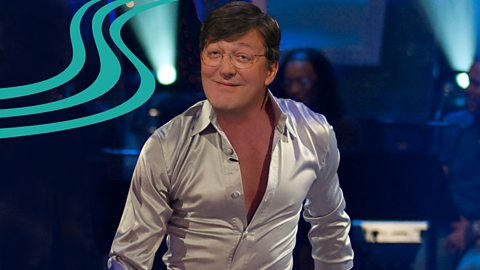 Stephen Fry reveals he HATES dancing. No chance of an appearance on Strictly then!

2. Julian Clary has no problem telling us about his strong points…

The bold comedian reveals his ability to crack nuts between his thighs and his love for inner city thong parading. Don’t be surprised to see the star wandering down Regent Street in something that makes the eyes water... 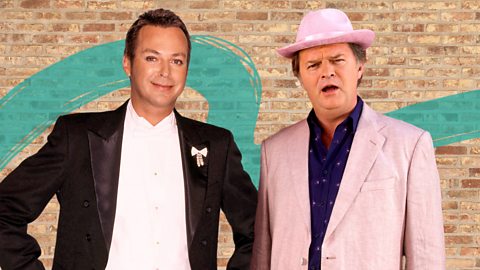 Despite having the audience on her side, 50 years hosting the programme has taught the savvy Nicholas Parsons to be wise to the television presenter’s masquerading. Fern was briskly put in her place, much to her – and our – surprise. 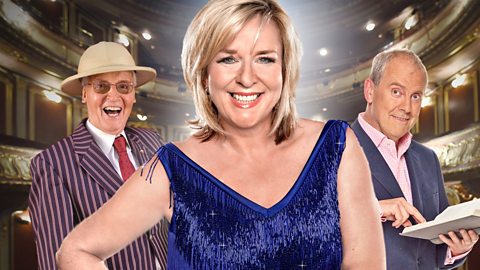 Despite a few hiccups along the way, Stephen Fry proved himself a class act, managing 60 seconds not out on the subject of “going out to bat”. We also discovered he's a mighty cricket fan, and has dreamed of walking out at Lords, surrounded by the bellowing cheers of adoring home fans. It's never too late for a career change, is it Stephen? 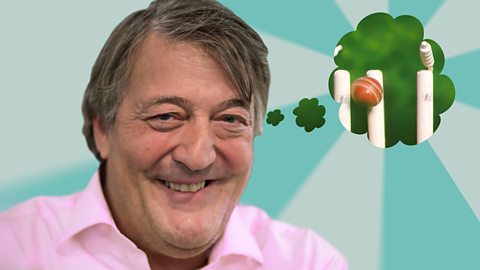 Howzat?! 60 seconds not out for Stephen Fry

The veteran Just a Minute contestant delights Nicholas Parsons with a sterling innings.

5. Paul Merton confirms that Just a Minute is not a flash in the pan

The polished performer proves that he’s a comedic force to be reckoned with, and that the collective efforts of 50 years making audiences laugh is some achievement. We think he’s absolutely right. Bravo! 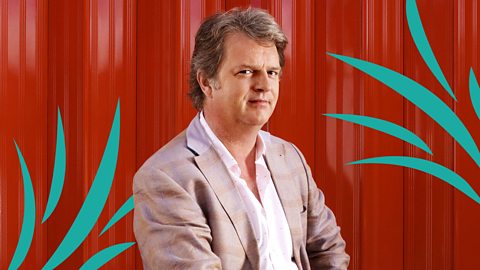 The comedian goes all the way with the subject, “A flash in the pan”, on Just a Minute.

What is Just a Minute?

Just a Minute launched in December 1967 as a comedy panel show, in which guests must speak for 60 seconds on a given subject. The rules state that players must avoid any form of hesitation, repetition, or deviation. Should an opponent identify an infringement of any of these rules, they may use their buzzer to interrupt and take the subject. Points are gained for speaking when the minute is up, correctly interrupting, or being wrongly interrupted. 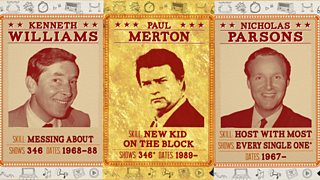 It sounds relatively simple, but for half a century it has proven anything but.

Parsons gets our vote

After training as an engineering apprentice in Clydebank for five years, Grantham-born Nicholas Parsons turned to serious acting, working for two years in weekly repertory, concentrating on comedy. 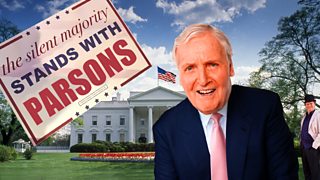 He moved to solo cabaret work in the 1950s, and becoming a stand-up comedian at the Windmill Theatre and working in many variety shows.

Nicholas's first major success on television was as the straight man to Arthur Haynes in the famous partnership which flourished in the 1960s, which included Swing Along, a season in 1963 at the London Palladium.

He also worked as a straight man with Benny Hill for three years and starred in West End comedies Boeing Boeing, and Say Who You Are, as well as musicals and revues.

Nicholas has been Chairman of BBC Radio 4's Just a Minute since 1967, and hosted Sale of the Century on television for a record 14 years.

The jokes are on us!

More from Just a Minute