What did Hastings Pier sound like through the ages?

Music historians have put together an eclectic playlist to tell the story of Hastings Pier's rich and colourful past. Visitors will be able to take part in a silent disco while walking along the seaside structure, currently undergoing a multi-million pound renovation. The music celebrates five decades of pop in the pier's ballroom, from the 1960s to the 2000s when it closed. 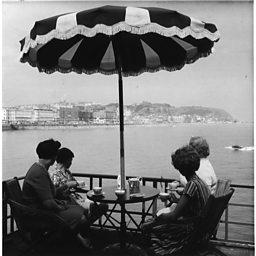 The playlist includes All Day and All of the Night by The Kinks who played several times at the pier during the 1960s and 70s. "The song really encapsulates the youth culture of its time; 1964 when they played at the pier's ballroom for the first time," said Dr Olu Jenzen, Senior Lecturer at the University of Brighton which is leading research into how Victorian seaside piers fit with today’s society. 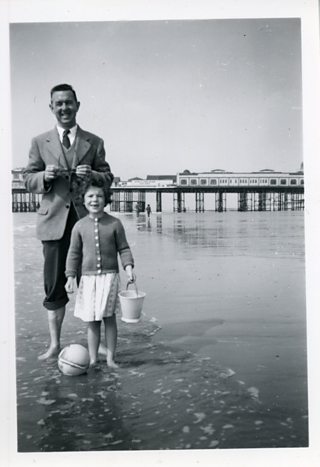 "The song is direct yet actually quite romantic. Very catchy but also a little bit obsessive. The Kinks were one of the most popular bands to come out of Great Britain in mid 1960s and this era is also often seen as the heyday of the Pier Ballroom," she said.

The group was known to live up to their rock'n’roll image, along with bands such as The Who and the Rolling Stones who played on Hastings Pier three times in their first year of touring in 1964.

"The unruliness of the Kinks and their sound also reflects some of the atmosphere of the south coast Mod culture in the 1960s, which the Hastings Pier very much was an integral part of," Dr Jenzen said.

This is the playlist put together by music historians to reflect the last five decades of Hastings Pier: 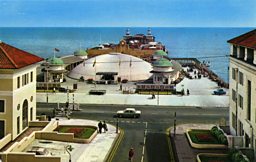 As part of Heritage Open Days, visitors to the pier on Friday 11 September will be able to don headphones and listen to the tracks. 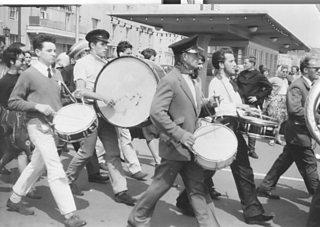 Piers are more than just metal and wood, more than treasured architectural landmarks – they are lived experiences shaped by the mood of the time and the socio-cultural make up of their location.

"The event can best be described as something in between a disco and an audio tour; a bit less free and fun than clubbing but definitely more fun than your average heritage audio tour or a brochure," Dr Jenzen said.

It is a collaboration between the Hastings Pier Charity and University of Brighton's The People's Pier project, which is investigating how piers are changing from simple pleasure palaces with gambling machines and rides to hubs for hosting community events including pop-up cinemas and music and food festivals.

The pier is currently undergoing renovation following a major fire in 2010. It is due to reopen next year.

“Due to their exposure to seawater and storms our 19th century piers, with their iron and wood constructions, are often financial liabilities. But piers are more than just metal and wood, more than treasured architectural landmarks – they are lived experiences shaped by the mood of the time and the socio-cultural make up of their location," said Dr Jenzen.

“The primary aim is to develop an understanding of how seaside pleasure pier culture converges with, engenders and sometimes resists 21st century community-led approaches to the economic regeneration of British seaside resorts.

Most of the funds for the £14m renovation of the pier came from the Heritage Lottery Fund and more than 3,000 people also bought community shares in the company that will own and operate it.

Much of the existing pier is being recycled or reused, and plans for the redeveloped structure include funfairs, a circus, an open-air cinema and a mirrored heritage centre to reflect the seaside views.

“It is important to gain an updated understanding of 21st century pier culture. This includes more in-depth knowledge about how seaside piers as popular culture and leisure spaces converge with new usages such as those introduced with the concept of the community pier,” Dr Jenzen added.

Going back to your roots 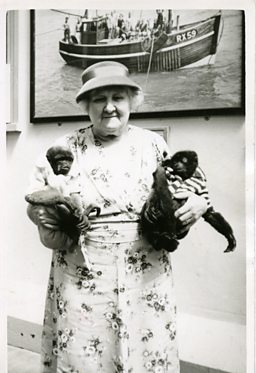 Heritage Open Days on Get Creative