The Tale of the Jampire 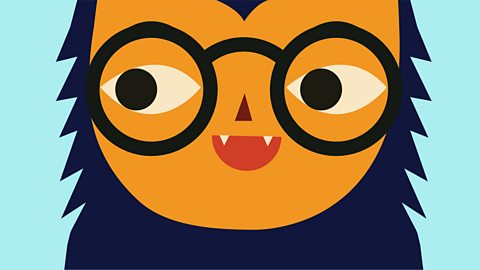 The Tale of the Jampire

Down in the fateful dungeons the Grimlick family were beckoning words in pools of darkness, each of the group more frightful than the other, but one Little Grimlick was as normal as anyone. He had a pale face with a long nobly chin. The only thing unusual about little Grimlick was his silky clothing. He wore a cream colored shirt as plain as paper with a black velvety waist coat and dark lightweight trousers. Although his cloak had red sparks of light it was the only light that shone out of the motionless sky that held together in the dungeons. Of course the Grimlicks were a family of vampires!

One day Mr. and Mrs. Grimlick glided over to their pale boy with a dismantled smile on their faces.

"So you are going to hunt" said his Father stubbornly.

Hunting. Little Grimlick hated hunting, it only seemed wrong to him so ever since the age of three he'd managed to find an excuse. The idea of sucking people's blood was just ghostly to Little Grimlick.

Just before the hunt Little Grimlick was pulled aside to his ungrateful parents.

So it became the time to go, and they leapt out the grotty window and in bat formation came hurtling up to the moon with the shining stars in the background.

Mr. Grimlick led the group of bats and finally he stopped.

Little Grimlick soon found himself in a dozing house searching the kitchen rummaging around trying to find something to suck instead of human blood. JAM! That would do the trick! So, leaping with his luck, he crept up the stairs and into a bedroom where it was quiet and peaceful. Under a neon pink duvet a girl was sleeping.
The jam which Little Grimlick had pocketed from the kitchen was held tightly in his grasp and so he smudged it all over the helpless girl's neck as well as his own mouth.

Then after the deadly hunt the Grimlicks swooped back in a huddle of flesh eating monsters. While Mr. Grimlick led the pod, Little Grimlick trailed behind. Little Grimlick wished to tell someone about his hunt to make them understand hunting was bad and that's when he had an idea.

The next day, Little Grimlick tiptoed up to the cupboard. Everyone was asleep.
With that very same jar from the hunt he carefully placed it down on the shelf and went back to sleep.

As dawn rose the Grimlicks came downstairs to feed again.

"Is this your blood!" said his Father shocked. Little Grimlick crouched in fear.
"You didn't hunt after all did you, Little Grimlick?" His son crouched lower still.
Then a smile gradually plastered across his Father's face.