How five seafoods went from rock bottom to the top table

Some of the most sought-after seafoods have a humble history. Here are five examples that floated to the top. 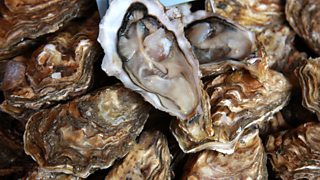 Oysters have been eaten in coastal areas for millennia but rather than being viewed as the delicacy they are today, they were often a last resort.

In the UK, it took the invasion of the seafood-loving Romans in AD 43 for the oyster to become popular. Their popularity grew as a treat for the rich.

But the growth of the industry saw a fall in quality and price. Oysters were being sold four for a penny and became a staple of the diet of the poor.

Charles Dickens wrote in The Pickwick Papers: "The poorer a place is, the greater call there seems to be for oysters".

Popularity led to overfishing and pollution and oysters ceased to be a go-to street food. Slowly, scarcity led to desirability and premium oysters climbed back up the social scale to reclaim their place in high society. 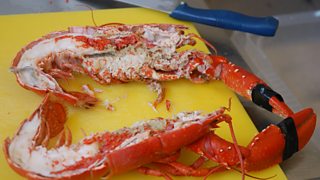 In Europe, lobster has been prized since the Greco-Roman Period but in North America, lobster was eaten by the lowest earners and even prisoners.

Kentucky politician John Rowan quipped, "Lobster shells about a house are looked upon as signs of poverty and degradation."

In the 1800s, the development of railways allowed the urban elite to holiday on America’s coastlines. New Yorkers got a taste for lobster cooked fresh from the pots and their taste for it travelled back to the city with them. Lobster recipes began to appear on fine dining menus.

By the end of the 19th Century, the lobster became central to lavish living; a sign of wealth and excess. 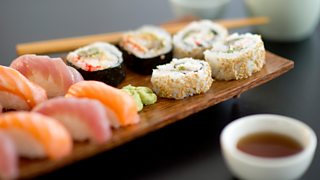 Mixing fish and rice was a preservation method devised more than 1,000 years ago. Carp was packed into salted rice and then pressed tightly with weights and left to ferment.

The process took nearly a year and tasted so good that what was meant to be a thrifty technique before the advent of refrigeration produced a much sought-after delicacy.

Over the years, people found ways to speed up the process allowing Sushi to be made in a matter of minutes, rather than in hours or days.

In the 1970s, refrigeration meant fresh fish could be shipped over long distances and demand rocketed. Sushi bars opened across Japan and then worldwide. 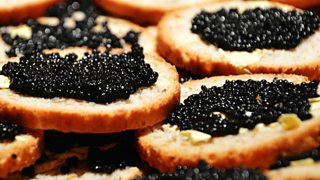 Caviar traditionally comes exclusively from wild sturgeon in the Caspian Sea and Black Sea but towards the end of the 1800s, North America began production.

So much of the salty snack was produced that it became cheap enough for bars to give away to encourage people to drink more.

At the turn of the 20th Century, there was more caviar going to Europe from North America than from Russia.

Production on this scale put too much pressure on North American sturgeon populations and by 1915, there were so few left that all fisheries were forced to close.

The market turned to Russia and Iran and production increased but as stocks in the Caspian Sea diminished, caviar once again became a rare and expensive food. 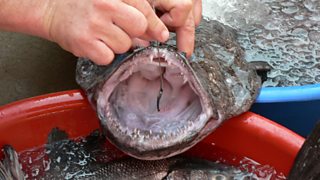 Monkfish has the nickname 'poor man's lobster' but this fleshy bottom-feeder is making a name for itself.

Less than 30 years ago, fishermen in the US would have thrown a monkfish back in the water.

But now, monkfish has become one the top four most lucrative catches among fishermen there thanks to increased demand from Asian countries, as well as growing popularity in American and European restaurants.