A brief history of psychedelia in eight colours

The first album to define its own contents as psychedelic was the debut album by Texas garage rockers The 13th Floor Elevators, in October 1966 (The Psychedelic Sounds of the 13th Floor Elevators). Within a year, psychedelia had exploded across the music scene like a giant paint bomb, turning everything from monochrome to technicolour almost overnight and inspiring 1967’s epochal Summer of Love. The reverberations continue to be felt today throughout the worlds of music, art and fashion.

But what exactly is psychedelia? The Oxford English Dictionary describes it as “music, culture or art based on the experiences produced by psychedelic drugs” which is slightly reductive - LSD might have been the original inspiration, but it doesn’t explain why psychedelic music is still being produced and enjoyed by people who’ve never dropped acid in their lives. Psychedelia is appealingly vague and open-ended - a melange of philosophies, colours and styles all happening at once. It’s about opening your mind to the myriad possibilities of this world and beyond. It’s about reconnecting with your inner child. It’s exciting, but also a little bit scary. Psychedelia isn’t a destination; it’s all about the journey, man.

As 6 Music launches into a week of psychedelic programming - including current bands covering 60s classics, like Mystery Jets doing The Moody Blues’ Nights in White Satin above - Sam Richards gets you up to speed with this handy psychedelic primer.

Psychedelia’s spiritual home is San Francisco, where Ken Kesey and his Merry Pranksters conducted many of their famous mid-60s Acid Tests - mind-expanding bacchanals where the Kool-Aid was laced with LSD. The soundtrack was provided by local bands such as Grateful Dead, Big Brother & The Holding Company and Jefferson Airplane, who all began loosening their sound to enhance the trip. Rock 'n' roll songs were spun out into lengthier jams, incorporating influences from folk, jazz and world music, while lyrics about cars and girls were replaced by more existential concerns and impressionistic vignettes, often inspired by children’s stories.

Jefferson Airplane’s White Rabbit, originally written by frontwoman Grace Slick for her previous band The Great Society, used imagery purloined from Lewis Carroll’s proto-psychedelic fairytale Alice in Wonderland, highlighting its references to pills, mushrooms and hookah-smoking caterpillars over a twisted rock bolero. A US Top 10 hit in June 1967, the template for psychedelia was set.

Over in London, a small psychedelic scene was coalescing around the UFO Club, whose house bands were Soft Machine and Pink Floyd. Led by the mercurial Syd Barrett, the Floyd played spaced-out deconstructions of rhythm 'n' blues, with whimsical lyrics about dandelions and gingerbread men. Although The Beatles’ Sgt. Pepper’s Lonely Hearts Band - recorded in an adjacent Abbey Road studio at the same time as Pink Floyd’s debut Piper at the Gates of Dawn - defined the sound of English psychedelia as something vibrant, jolly and inclusive, Pink Floyd’s more unsettling musical vision was to prove equally influential in the long-term.

Sadly, as the below clip below from BBC Radio 4 documentary The Twilight World of Syd Barrett outlines, the Floyd frontman was unable to cope with fame and succumbed to mental illness, exacerbated by large quantities of LSD. Roger Waters and David Gilmour took control of Pink Floyd, forging a path from psychedelia to prog rock, ultimately producing an album (1973’s The Dark Side of the Moon) that outsold Sgt. Pepper. 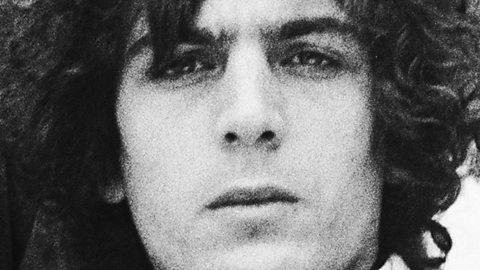 Thanks to the vivid cartoon style of artist Heinz Edelmann and a team of cutting-edge animators, The Beatles’ 1968 film Yellow Submarine provided a joyous visual representation of psychedelia. A fantastical voyage in which the four wise-cracking Beatles restored music and colour to a land tyrannised by the evil blue meanies, Yellow Submarine typified how the advent of psychedelia allowed musicians to experiment with other media and wrest control of their artistic vision from record company bosses. By the end of 1967, straight-up rock bands like The Moody Blues and The Pretty Things were making symphonic concept albums. Even former manufactured moptops The Monkees got to make their own bewildering psychedelic movie called Head.

Sixties psychedelia wasn’t all teacups and sunflowers. There was a harder edge to the genre, exemplified by the likes of The Jimi Hendrix Experience, Cream and Blue Cheer. When the initial optimism of the original psychedelic era fizzled out, it was the louder, hairier bands who prevailed, laying the foundations for 70s hard rock and heavy metal. Watch the Experience shoehorn in a cheeky little tribute to fellow travellers Cream at the end of this astonishing TV performance. 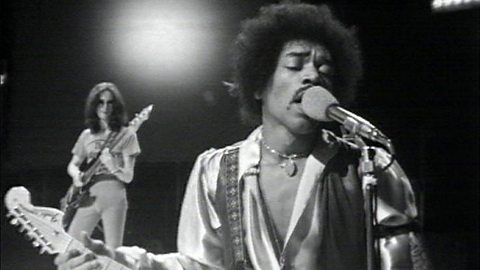 By the late-60s, psychedelia had begun to infect all corners of the musical universe. In San Francisco, Sly & The Family Stone combined the local psychedelic rock sound with the freeform funk of James Brown. By 1970, even dapper Motown hit-machine The Temptations had turned on and tuned in, releasing the brilliant Psychedelic Shack album. And it was George Clinton’s Funkadelic who picked up the psychedelic baton and ran with it throughout the next decade. Classic albums such as 1973’s Cosmic Slop and the following year’s Standing on the Verge of Getting It On - from which Red Hot Mama is taken - tethered inspired guitar freakouts to taut funk rhythms, creating a library of samples for future hip-hop producers. The records’ eye-popping sleeve design and wiggy cosmic philosophy kept the psychedelic dream alive. Here's George Clinton on Nemone's BBC Radio 6 Music show talking about his perfect evening: 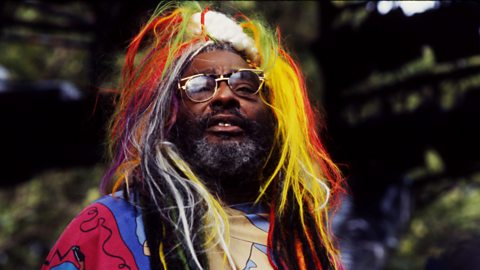 Funk legend George Clinton gives us the soundtrack to his perfect evening.

At the dawn of the 1980s, a new generation were growing tired of punk’s monochromatic palette and started looking back to the late-60s for inspiration. In the UK, the neo-psychedelia movement was spearheaded by Teardrop Explodes frontman Julian Cope and former Soft Boy Robyn Hitchcock, whose 1981 solo debut Black Snake Diamond Role drew heavily on Syd Barrett whimsy for songs like Acid Bird and The Man Who Invented Himself (Hitchcock talks about some of his early psychedelic influences to BBC Radio 6 Music's Mark Radcliffe in the clip below).

Eighties UK indie mainstays Spacemen 3 and Primal Scream initially styled themselves directly on psychedelic bands from the 60s. In Los Angeles, bands such as The Dream Syndicate, Rain Parade and The Bangles - collectively known as the Paisley Underground - combined punk energy with psychedelic wonder. Intriguingly, Prince became a huge fan of the Paisley Underground scene, going psychedelic on his 1985 album Around the World in a Day and naming his new label and studio complex Paisley Park in tribute. 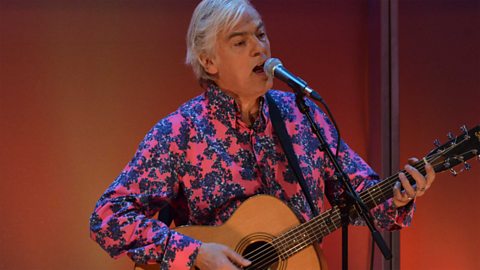 When the acid house craze swept the UK in the late-80s, certain similarities with the psychedelic revolution of the late-60s meant that 1988/9 was dubbed the Second Summer of Love. Initially the comparisons were more cultural than musical, but parallels began appearing, not least in the music of The Orb, who released a 40-minute single Blue Room (a Top 10 hit in 1992!) and collaborated with Gong guitarist Steve Hillage. Latent hippie communities became converted to rave culture, resulting in clubs like Megadog and Return to the Source, the free party scene and genres such as ethno-techno and Goa trance, which evolved into the globally popular genre of psy-trance.

Thanks to bands like The Flaming Lips, who’ve been pursuing a cheerfully psychedelic agenda since 1983, the genre has retained a constant appeal for bands looking to push sonic boundaries while still bathing in the wonder of pop music. One of the most inventive psychedelic bands of recent times has been Animal Collective, seen above performing For Reverend Green from their 2005 album Strawberry Jam.

Black Mountain represent for the heavier end of the psych spectrum, Mystery Jets continue Syd's legacy, while Tame Impala have taken psych rock onto daytime radio with recent single The Less I Know the Better. Liverpool even has it’s own annual psych fest, headlined this year by The Horrors and Acid Mothers Temple. And proving that psychedelia is nothing if not adaptable, A$AP Rocky has even found a convincing way to combine it with hard-edged hip-hop; recent tracks like L$D advertise his penchant for mind-expanding experiences in no uncertain terms. 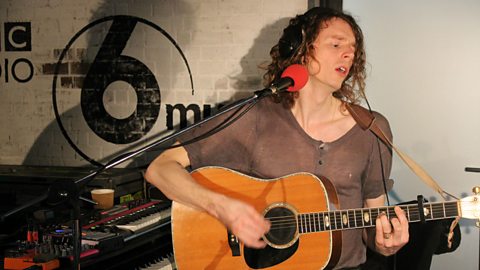 To celebrate My Generation, 6 Music invites its live session guest to go psychedelic!