Dinosaurs cut down to size

We think of them as prehistoric giants, fearsome beasts that terrified their prey or vacuumed up the vegetation. But while some dinosaurs were the largest animals ever to roam the planet, others were much more modest.

All dinosaurs hatched from eggs and many grew no larger than the size of a turkey, while the average Jurassic or Cretaceous period dino weighed around a tonne – substantial but no titan.

Some of the meat eaters were positively puny, feasting on lizards and small mammals, rather than fellow dinosaurs.

T. rex may have ruled the roost back in the day, but it’s the tiniest ever dinosaur that lives to tell the tale.

The bee hummingbird – a few centimetres long and weighing a couple of grams – is a direct descendant of its bigger and scarier dinosaur cousins and can be spotted flying in today’s Cuban skies. 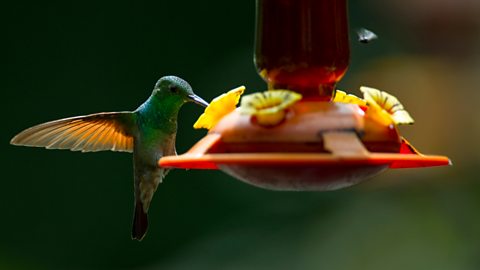 Some dinosaurs opted to downsize. The Magyarosaurus may have been a close relative of mighty Diplodocus, but it became a dwarf.

It was a smart evolutionary move, which saw it shrink to a third of the size of its lumbering cousins after its migration from the European mainland to small islands where space and vegetation were more limited. 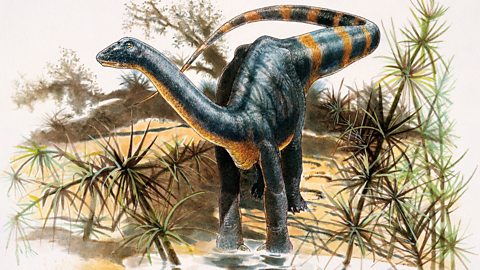 Magyarosaurus: the dinosaur that shrank

Credit where due - the Diplodocus had some serious bulk, weighing in at up to 25 tonnes and growing to the length of three double decker buses.

That’s something to bear in mind for anyone tempted to host Dippy the dinosaur – the Natural History Museum’s replica skeleton of a Wyoming Sauropod – when it goes on tour.

Awe-inspiring, yes, but not one for the school nature table.

Smile for the cameras

Forget the funny little legs, T. rex was a monster – seven or eight tonnes of protein-hungry muscle that stood up to 6m tall and measured 12m long. 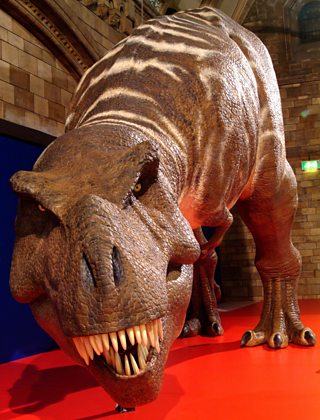 It’s the sheer size of the predator’s skull, jaw and saw-like teeth, capable of chomping up to 230kg of meat in a single bite, that makes T. rex a movie-mogul’s dream.

So which was the biggest dinosaur? There’s little consensus on this – some say it is the Dreadnoughtus, which was discovered last year in Argentina to much fanfare and seemingly heading for the record books. Initial calculations had it at around 60-odd tonnes, but new measurements shaved off 15 of those tonnes.

The previously discovered Argentinosaurus had a bone to pick with such claims. It is generally accepted that this was the biggest dinosaur, with its commanding bulk of around 70-tonnes.

Bear in mind, though, that all such estimates are based on a collection of bones.

We tend to think of the dinosaurs as a little flaky for giving up so readily after just 165 million years of world domination (compared to a species average of three to five million years).

But how do you reckon you’d fare if a gigantic asteroid, almost six miles across, collided with Earth, as it did 65 million years ago?