Ratchet & Clank are making their next-gen debut with Ratchet & Clank: Rift Apart. Following in the footsteps of 2016’s Ratchet & Clank game, this action-platformer aims to refine what came before it, all whilst showing off the true power of the PS5 with its graphical fidelity and dimensional-hopping gameplay.

Coming into this game, I was sceptical on how well it would all hold up. The gameplay trailers and previews made it look glorious, but how would that hold true for the full game itself? While it’s not without its downfalls, I can confidently say that the team at Insomniac Games have done a great job in bringing this series to the PS5. 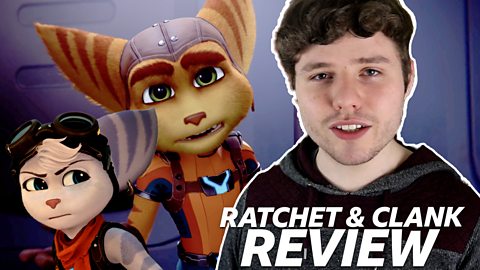 Does it deliver on the expectations of dimension-hopping and next-generation visuals?

The game makes a fantastic first impression, being whisked straight into the narrative of the game in which the player is first introduced to the story’s new character – Rivet.

Although plot details won’t be spoiled here, she plays a major role in the story at large, and thankfully, just so happens to be an incredibly likeable character. She’s strong and upbeat - ready to take on any challenge that faces her - yet it’s obvious that she is suffering from some insecurities, making for more interesting character development. It’s her dynamic with Clank especially that fleshes out their personalities, making for a more engaging experience as they chatter in the midst of high-action set-pieces. The same can be said for Ratchet too, although I do wish they gave him a bit more character development, especially since he has some internal conflicts of his own that are never truly paid off.

On the whole, the story was engaging enough, if a bit shallow. Series veteran Dr Nefarious gets a hold of the Dimensionator - a powerful tool that can create rifts to other dimensions. He’s decided that he’s sick of losing to Ratchet and Clank in their world, so he opens a portal to a dimension where he finally won. 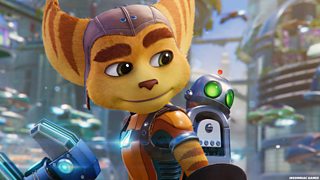 I can appreciate that it was more focused on characterisation rather than the plot, but perhaps something more intricate would’ve made for an overall stronger narrative. This is important as it’s this narrative that gives context the gameplay, something that Rift Apart absolutely nails.

As is tradition with this series, the main focus of the gameplay consists of blasting away enemies with an onslaught of spectacular and diverse weapons – and this game is no different. Whether it be your trusty wrench, Blast Pistols, grenade-like Shatterbombs, or an energy-shooting Negatron Collider, there are always new weapons to try out and experiment with. The longer-ranged weapons with more ammo seemed to be the most effective during my playtime, as I would often find that I’d quickly run out of ammo with my other weapons, rendering them useless.

With the battles being as hectic as they are in this game, switching between weapons proves to be very satisfying and helps to fuel the adrenaline rush of taking down a hoard of enemies.

Helping this even further is the great sense of feedback the game gives you, with the PS5’s controller being used to its fullest with its adaptive triggers. This gives each weapon a unique feel from one another, making the gameplay that much more immersive.

One of the most visually striking games I’ve ever seen and a worthy showcase of the PS5’s raw power.

This on its own, while fun, wouldn’t be enough to hold the entire game together. With this, new movement abilities have been introduced, ranging from a quick dash move that gives you an extra bit of distance on the ground and in the air, to wall-running off of context-sensitive surfaces. This isn’t even to mention the new tether ability, which allows Ratchet and Rivet to latch onto nearby rifts to swiftly manoeuvre across the field.

Rifts are the biggest focus of this game and are often used in stages to load multiple areas at once. The best instance of this was on the Blizar Prime planet, in which you can swap between two drastically different versions of the same planet. One is in present day where everything is bustling and intact, and the other is a destroyed version of the planet from the future, which was caused by the events that took place in the past, or in this case, the present. It is genius moments like these that make the game truly shine and stands on its own, but they are few and far between.

Most of the time, they’re used to open a much smaller area rather than a full-blown planet. One such example is what are known as “Pocket Dimensions”, which are short platforming sequences that award the player with new gear to equip, granting certain buffs against specific enemies. 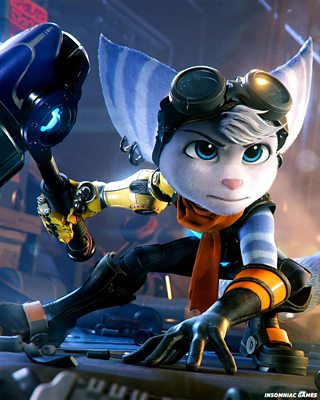 While these stages are fun, I wish these rifts took more advantage of actual planet hopping through full-scale levels, as it mostly felt like there were constraints to realising this full vision of dimension jumping. Still, once you’re out there - rail grinding, jumping from side-to-side to wall-run, and tethering to rifts all in the same sequence - it feels incredibly satisfying to pull off.

There are even more gameplay types outside of the main run-and-gun and platforming sections, such as the sequences where you play as Clank. As Clank, you’re tasked with leading a bunch of dimensional copies of yourself to the end of a puzzle stage, in which you place orbs of differing abilities to their corresponding positions. For example, one puzzle may require you to place a speed orb next to a jump orb, allowing the clones to jump much further than they could before. These were a fun side activity, and they never felt like they were taking away from the main game.

My biggest gripe with this game is the length of the main campaign.

There’s a particularly short number of planets to choose from, and while they’re mostly large in scale, I wish that there were just a couple more to make the experience feel more complete. Although the last couple hours of gameplay were exciting and fun, I couldn’t help but long for just a little bit more.

I can’t believe I’ve gone on this long without mentioning the game’s graphics – they’re amazing. The lighting and particle effects alone really bring out the liveliness of each planet. The animations for each character and enemy look bouncy and expressive, and the art direction has a very Pixar-like quality to it. Combine this with a 4K resolution using fidelity mode, and what you get is one of the most visually striking games I’ve ever seen and is a worthy showcase of the PS5’s raw power.

Matching this graphical power with the fun and hectic gameplay, Rift Apart never failed to entertain me. Although I believe more content would have led to a fuller experience, it was those moments of triumph, like that on Blizar Prime, that stuck with me the most. It’s easily one of the PS5’s best games to date, and an excellent effort from Insomniac Games.