Award-winning writer, satirist and broadcaster Charlie Brooker began his career as a cartoonist and a games reviewer before becoming a television critic for The Guardian. He has since gone on to write and present topical and TV review shows including Screenwipe, Newswipe and Weekly Wipe, and achieved huge success with the dystopian drama series Black Mirror. Here are 11 things we learned from his Desert Island Discs… 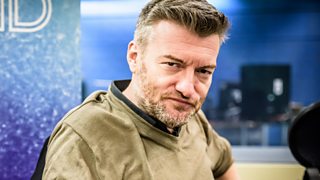 "You could show me a cotton wool ball – and I would extrapolate from that to how that would ruin my life, or kill me or destroy the world."

Although Charlie is known for his sardonic, cynical, world-weary persona on TV and in print, he says he tends to exaggerate his anger and opinions for comic effect: "I think when people meet me in the flesh, often they're surprised that I'm not like this deadpan, horrible, sarcastic monster that I play on television… Whereas in real life I think I'm probably both a lot goofier and more awkward, and far less certain of my opinions than I am on screen.”

2. He can turn small things into major worries

Charlie admits he’s intrinsically a worrier, who “could pretty much catastrophise anything.” He says, "You could pretty much show me any object – you could show me a cotton wool ball – and I would extrapolate from that to how that would ruin my life, or kill me or destroy the world.”

3. As a child, he lived in fear of nuclear war

Having seen a TV programme dramatising the effects of an atomic bomb dropping on London, aged 11, Charlie grew up assuming it was going to happen. He says, “I remember watching these things and kind of not being able to process what that meant – not understanding how society kept going, and why people bothered going to work, and feeding ducks, and getting on buses, and weren’t just weeping and screaming.” 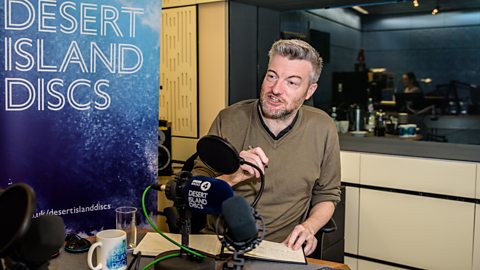 Charlie Brooker on his on-screen persona.

4. He feels ignorant a lot of the time

Charlie says his confidence is “a complete and utter façade”, and he probably has a bit of a chip on his shoulder about not having gone to Oxbridge. He was “rubbish” at school, and wishes he’d concentrated more: “I don't know if it's laziness, or just that the things I was interested in were not the things I was being taught. I don't know. But now I regret the fact that I didn't pay more attention at school because I feel quite ignorant a lot of the time."

5. At first, he couldn’t see a way into writing or comedy

Although Charlie always knew he wanted to work in comedy or something similar, for a long time he felt it was “a cliff face with no footholds – you can't see how to get into it." After spending much of his twenties watching comedy on TV and wishing he had made it, he eventually began to forge the career he longed for after landing a weekly 10-minute technology spot on Radio 1 and launching the spoof listings website TVGoHome, which became a cult hit. He says, “Whenever people say to me, ‘How do you get into things?’ I always say now, 'Well, just try and create something small.’”

6. Writing biting TV criticism is no longer so appealing

Earlier in his career, Charlie was known for his scathing reviews of TV shows, but now he says he has more awareness of the impact of that kind of writing on the people involved. “When I was writing those TV columns I would say all sorts of things and then – probably as I got older – you think, well someone has picked that up, and read it, and it's ruined their day – and for what, really? I'm commenting on a TV show, I'm not commenting on something of great import. And so I can see that it's a valid form of humour, but I lost my appetite for just doing that."

I would say all sorts of things and then – probably as I got older – you think, well someone has picked that up, and read it, and it's ruined their day – and for what, really?

7. He thought he didn’t want a family, until he met Konnie Huq

Charlie married TV presenter Konnie Huq in Las Vegas in 2010, and they now have two sons. He says, “It was weird because for years I'd not known if I wanted kids or a family... I couldn't perceive of that as a future. And then Konnie came along, and quite early on she said, 'Well, you know, I want kids and a family and this sort of thing’, and I heard myself going, 'Okay'… and it was sort of the best decision I ever made.”

8. Having kids ruined his life "in the best way possible”

Before he had children, Charlie says, “I used to write columns where I was like, 'I hate kids! I will never have children!’” And when Konnie was pregnant with their first child, he worried that he wouldn’t connect with the baby. But instead, when his son was born, he says, “I felt like I had been reprogrammed in an instant and I had a new mission… Having kids ruins your life in the best way possible because, suddenly, you can't ever relax again – you can't just do what you want, so it wrecks everything. But at the same time, it gave me a sense of purpose that must have been profoundly lacking before and I wasn't aware of it." 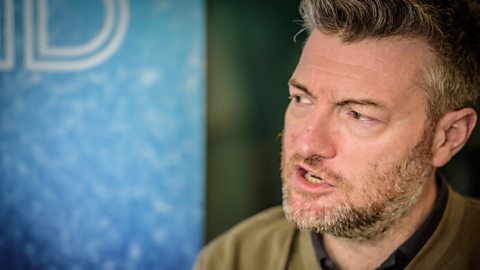 Charlie Brooker on his internal critic.

9. Radiohead has helped cure his insomnia

For his seventh disc, Charlie chooses Present Tense by Radiohead because it has helped him overcome years of “terrible insomnia”. He says, "I really love Radiohead. They're probably my favourite band, overall. And their most recent album, which was A Moon Shaped Pool, I have listened to more than any other album of theirs because I found it was the one thing that gets me to go to sleep.”

As a writer and co-showrunner of TV series Black Mirror, Charlie now finds his own work is open to the kind of critiques he used to write. But he says that it would be “extremely hypocritical” for him to get upset by a bad review, and anyway, “no matter what somebody says, it cannot be worse than the voice that's criticising you in your own head while you're writing anything. There's a constant voice that's saying, 'Oh, stop it! Oh, just give up. Rubbish!' And if you did something well, it sort of says, 'Well, you got away with that – that was lucky. Wait ’til next time, mate.’”

11. Most of his music choices have never been heard on the island before

After opening with Tomorrow Never Knows by The Beatles, Charlie’s choices become less conventional. For his second disc, he names Florence’s Sad Song from the Magic Roundabout film Dougal and the Blue Cat, an increasingly bleak piece that features Florence reflecting on whether she’ll ever escape a dungeon. For track three, he opts for the tune to Robocop on the Gameboy because “it’s a piece of music that I think is better than it had to be”. And for his final track, he selects The New Potatoes by Denim, a “wilfully ridiculous”, high-pitched electronic song that Charlie’s children find as funny as he does. It’s also the disc he would keep over all the others: “There is something darkly amusing about the thought of being stranded there [on the desert island] and the only form of music that you have is that.”