Neil Ferris was appointed as Chorus Director of the BBC Symphony Chorus in March 2017. He is also Artistic Director of the professional chamber choir Sonoro, Music Director of Wimbledon Choral Society and Chorus Director at the Royal College of Music. In demand as a guest conductor to some of the finest choirs in the UK, he has worked with the National Youth Choir of Great Britain, the National Youth Choir of Wales, London Symphony Chorus and The Bach Choir. He has conducted the London Symphony Orchestra, Orchestra of the Swan, the orchestra of Welsh National Opera, London Mozart Players and Florilegium. 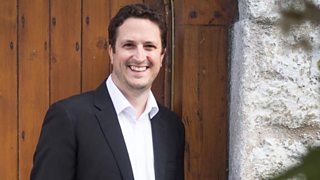 Formerly Head of Choral Conducting at the Royal Welsh College of Music and Drama, Neil helped establish the international reputation of the choral conducting course and developed the conservatoire’s choral ensembles. He is recognised as one of the country’s leading teachers of choral conducting and has led masterclasses in the UK, USA, Ireland and Denmark.

Recordings include an album of the choral music of Jonathan Dove with Convivium Singers released on the Naxos label and Fauré’s Requiem on the Convivium Records label. Early in 2018 Resonus Classics will release Sonoro’s debut album Passion and Polyphony featuring works of James MacMillan and Frank Martin.