It’s the aim of storytellers to make you fully believe in what they’re telling you, but there’s usually a contract between creator and audience that what you’re experiencing isn’t really real. Sometimes that line is crossed. The new Radio 4 drama podcast The Case of Charles Dexter Ward is so believably told that it’s had some listeners convinced it was real. It’s not the first work to make fiction seem like fact. Here are six other works that had the public fooled. 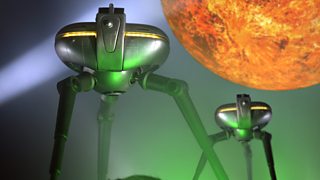 This radio play transformed H.G. Wells’ novel The War of the Worlds into an urgent news broadcast, delivered in the authoritative voice of Orson Welles. Constructed as a series of special bulletins interrupting regularly scheduled programming, it warned of an ongoing invasion by some very unfriendly Martians. It did so very convincingly. Popular myth has it that people took it so seriously they fled to the streets in terror. This was actually exaggeration on the part of various US newspapers, which wanted to show that radio was an unreliable source of news. The audience for The War of the Worlds’ original broadcast was so tiny that even if everyone who listened had believed it, the panic would have been far from widespread. Still, it’s a great listen and the myth that it terrified the whole of the US is a better story than the truth.

A pioneer of the "found footage" style of filmmaking, Cannibal Holocaust was presented as an investigation to find a missing documentary crew that hadn’t been heard from since they went to film cannibal tribes in the Amazon rain forest. The horribly gory footage was so believable that director Ruggero Deodato had to prove the people in the film had not actually been killed. It was banned in Italy for reasons of animal cruelty (the real killing of a coatimundi is shown) and banned in the UK until 2001 as one of the "video nasties", films judged so obscene that they could not be released. 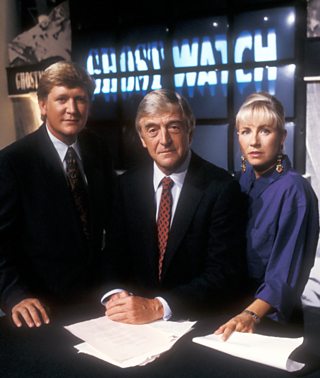 Say the name Pipes to any child of the 80s and watch their face go pale. Pipes was the ghost at the heart of this faux-documentary, broadcast on Halloween 1992. The film was constructed as a live investigation of a supposedly haunted house, where a family claimed a poltergeist named Pipes had been tormenting them. Sarah Green headed the investigation at the house, while Michael Parkinson led a panel discussion about the events in a TV studio, taking calls from increasingly terrified members of the public (played by actors) who reported Pipes running amok in their own homes. The fact that its central cast were well-known TV presenters and not actors gave the whole thing a deeply unsettling edge of believability. By the end, a frazzled audience was unsure if that nice Sarah Greene actually had just been captured by a ghost. It caused such controversy that it was not shown for 10 years after its initial broadcast, but it’s now become something of a cult classic.

Back in 1999, the internet was still relatively new. Viral marketing wasn’t yet a thing. Google was not yet a verb. The makers of The Blair Witch Project, a micro-budget horror film, were the first people to successfully market a movie online. The film’s official website showed missing posters for three amateur filmmakers who had disappeared in the woods near Burkettsville, Maryland, while researching a local urban myth about a vengeful witch. Early audiences for the movie weren’t 100% sure if the shaky footage they were seeing was real or not. It remains one of the most successful films of all time, costing just $60,000 to make and grabbing nearly $250 million at the box office.

Despite opening with a disclaimer that it was fiction, this Discovery Channel documentary was accepted as fact by many viewers. It purported to be a documentary about the megalodon, a prehistoric giant shark, and the revelation that one had survived the Pliocene era and was now attacking unsuspecting fishermen. It received a lot of backlash for tricking its audience but was so successful that a sequel, Megalodon: The New Evidence, was released the following year.

Owing a debt to Ghostwatch, this episode of Inside No. 9, the Reese Shearsmith and Steve Pemberton horror-comedy series, was advertised as a live performance. It began unsurprisingly, with a tale about a missing phone, but several minutes in it appeared to have sound issues. Over a screen apologising for technical difficulties, a continuity announcer informed the audience the episode would not continue. Then things got really weird. Scenes of Shearsmith and Pemberton trying to work out what had gone wrong were spliced with archive footage about a malevolent force haunting the TV studio. It became clear something was controlling the airwaves. The initial "difficulties" were so convincing that Twitter was awash with people joking about the screw-up, until it became clear something else was afoot. 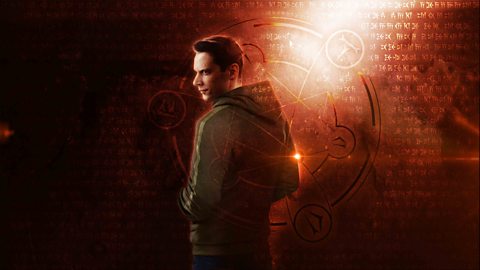