Get your creative on with Anim8! 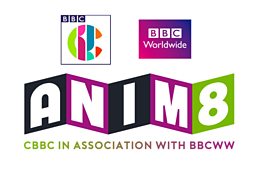 Writer Victoria Manifold and director Hannah Jacobs will now work with CBBC and BBC Worldwide to develop their project through to a pilot, which will be delivered later this year with development being headed up by Sarah Muller, CBBC’S Creative Director, Scripted, Animation and Co-Productions at CBBC and Nathan Waddington, Head of Children’s, Scripted at BBC Worldwide.

ANIM8 winner Mystery Soup follows three plucky thirteen-year-old girls, who find themselves plunged into mystery at a handsome school for dedicated boys and girls. Hen, Olive and B are bold, fearless and funny as they investigate their weird new boarding school and its bizarre goings on.

With development already underway, we are as excited as everyone else to see Hannah and Victoria's project come to life! 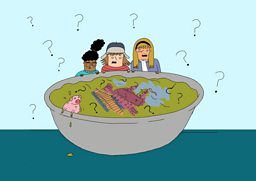 The CBBC & BBC Worldwide team were extremely pleased with the response we had for the Anim8 pilot scheme and were delighted with the eight diverse shows that made it to development stage.

Following careful consideration of the development presented for each project on March 25th, we’re delighted to announce the final shortlisted projects for Anim8, ready for the final pitching stage;

The final three projects have been carefully selected following a short development period and reflect CBBC and BBC Worldwide’s aspiration to tap into the wealth of talented individuals who work within the UK’s creative sector, and include several new names as well as established individuals.

We wish the shortlisted unsuccessful companies/individuals/teams the very best of luck should they develop their ideas further in future. It's been a pleasure working alongside everyone.

The Anim8 team are now delighted to announce the shortlisted entries being taken through to the second stage of CBBC and BBC Worldwide's animation pilot scheme. The nationwide search, the first of its kind for CBBC, invited pitches from individuals, studios and companies, and received close to 300 entries, from animators, writers, designers and storyboard artists across the UK.

Following an assessment of all entries, CBBC and BBC Worldwide have announced eight that will be taken forward to the next stage of the development process:

The eight entrants will now develop their submissions further with the support of CBBC and BBC Worldwide. Submissions will be assessed again in March and successful entrants will be taken through the next steps of the multi-stage development process, including a pitch to the CBBC & BBC WW teams, culminating in the announcement of the project being taken forward to pilot stage around April/May 2016.

We wish to thank everyone who sent in submissions.

Due to the amount of submissions we will not be able to provide feedback on unsuccessful projects.

What happens next for the lucky selection?

The scheme is split into five stages with the following deadlines:

How will the pilot be produced? What is CBBC/BBCWW's involvement? Our desire is to work closely with the
companies or individuals as they make their way through the development process, advising and suggesting
potential team members if we think the project will benefit. We will not be using BBC facilities to produce the
pilot as we do not have the resources to do so - if you are not attached to an animation company, we will help
source a studio that is a good fit for the project. We will be involved with all aspects editorially and will work
with companies or individuals to realise the potential of their pitched project.

What was Anim8 all about?

In collaboration with BBC Worldwide, CBBC launched a brand new animation initiative, Anim8, an amazing opportunity to develop the next generation of UK animation giants. This exciting partnership is offering UK innovators the chance to pitch for funded development which will, with time, lead to the creation of a range of UK animated properties that have genuine global appeal.

We were looking for new content which is original, character driven, fast-paced, funny and has great kid appeal. We were looking for compelling content that is energetic, unpredictable and up-beat with a unique take on contemporary life.