We are engaged in a seemingly never-ending battle to eradicate Giant Hogweed.

This non-native species is a terrible foe. Skin contact can lead to rashes, burns and severe blistering; it’s particularly harmful to children; and it puts up a tough fight by producing up to 50,000 seeds per year.

But now Giant Hogweed – and its fellow non-native species Japanese Knotweed and Himalayan Balsam – are facing an aerial attack.

The Scottish Invasive Species Initiative is using drones to help identify where plants have grown in awkward areas.

With a bird’s-eye view, the team can effectively treat the alien invaders to prevent them spreading their seeds and causing further problems. 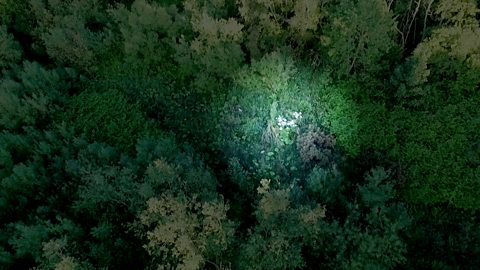 Using drones to target alien species in the countryside

A look at the technology being deployed in the fight against invasive species.

How drones can help