As part of Radio 3's Night Blossoms season, Tom Service embarks on a musical odyssey to Japan for Music Matters. Here, he tracks the rise of an exciting new genre, tracing its development from the bleepy 8-bit chiptunes of the 1980s to the lushly symphonic and responsive scores of modern gaming.

What’s your most persistent earworm – the music you hear more than anything else in your life?

Your favourite symphony? Probably not – but if, like me, you’re an enthusiastic but happily incompetent player of video games, you’ll be hearing the tunes and sound effects of game music on a seemingly infinite loop.

Music like the “game over” chiptune of doom as Mario tumbles to his demise – or the more benign (but nonetheless terminal) musical descent that marks yet another failed battle in The Legend of Zelda: The Breath of the Wild. Or any of the brutal character deaths in games from Metroid to Mega Man, Dragon Quest to Final Fantasy. I’ve joyfully failed, countless times, in all of them.

Video games prove the veracity of that Samuel Beckett aphorism as completely as any other human activity: “Try again. Fail again. Fail better.” But players need some inspiration to feel purpose in attempting the same level, over and over again. And that’s where the motivational power of gaming music comes in.

The game sounds and scores of the last 40 years tell the story of a new and evolving genre that has opened up possibilities for what music can do – from early 8-bit chiptunes to full orchestral soundtracks to music that composes itself around how you play the game.

The development of video game music is partly a story of changing technology. In a trip to Japan with Radio 3’s Music Matters, I met two of the inspirational pioneers of early game music in Japan, Manami Matsumae and Yoko Shimamura. Both women defined the sound of video games through their work for Capcom in the 1980s and 1990s.

Manami and Yoko told me how they transcended the limitations of writing music for systems like the Nintendo Famicom (known in the West as the NES), for which every note had to be laboriously programmed on just three channels.

Yet despite their technological strait-jackets, they created sounds that made this chiptune music sound like a new medium – like Manami’s score for Mega Man, and Yoko’s for Street Fighter II.

Speaking to me outside the original Nintendo office building in Kyoto (it was founded as the Nintendo Playing Card Company in 1889), Manami told me that she was inspired to make these three-channel pieces by playing and analysing the music of JS Bach. After all, so much of Bach’s counterpoint is effectively a music in three voices, three parts – or three channels. Bach, however, had the infinite potential of his keyboards to work with; he never had to programme a primitive soundcard with limited memory. 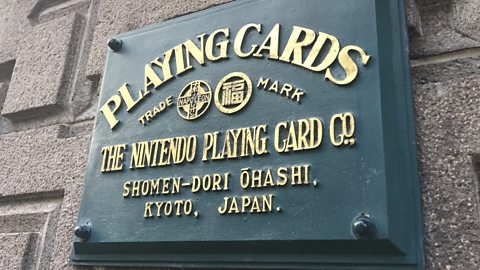 Things have changed. In the 1990s, consoles grew in power and capacity so they could accommodate large-scale synthesised scores with symphonic power and sweep, like Nobuo Uematsu’s epic soundtracks for the Final Fantasy series. And by the turn of the 21st century, consoles could cope with samples and recordings of orchestral instruments as well as electronics, so that video game composers could write music on as ambitious a scale as any Hollywood film, from Halo to Assassin’s Creed – or Kristofer Maddigan’s music for Cuphead, a delicious 1930s-style jazz and cartoon-music confection that brings the game’s visuals, based on early animation, to surreally vivid life.

By the turn of the 21st century, video game composers could write music on as ambitious a scale as any Hollywood film

But the evolution of video game music isn’t just to do with improved technology. Another significant development is the creation of a new kind of interactive art-form, in which the score responds to what we do as players.

An especially resonant example is Jessica Curry’s melancholic, pastoral score for Everybody’s Gone To the Rapture, in which no two players experience the same music. Not only are parts of the score cued at different times, according to the player’s decisions, but at some places in the game the music generates itself. This effectively means that the player’s actions determine the sequence of sounds they hear: the player becomes the composer. 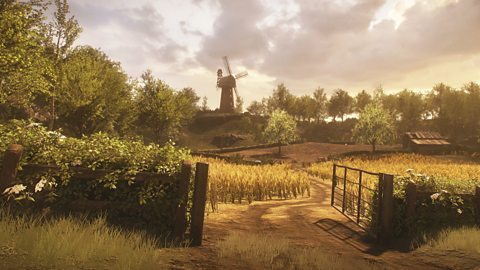 Discover the remarkable, responsive & generative score of Everybody's Gone To The Rapture

Music for games plays an essential role in building these worlds of sci-fi fantasy or alien invasion or medieval exploration, through the way that players relate to the characters they control. It’s as if the music is the sound of a spell that magically transfers our agency as players to the avatar on screen, whether it’s Mario, Link or Kirby. In video games we play with music and are played by the music. It’s a powerful digital-musical alchemy, rich with potential.

Right, back to that boss in Zelda. I will conquer you, Calamity Ganon!

I wonder how many thousands of times I’ll have to hear this battle music before I finally vanquish him?

Radio 3's Music Matters visits a Japan in full bloom to discover portals to other worlds through music – from the centuries-old Japanese Noh theatre tradition to Japanoise, and from Masaaki Suzuki's annual performance of Bach's St Matthew Passion to the fantasy world of video games.