The quirky perks of being sight impaired

Jake Sawyers has been sight impaired all of his life.

He’s out there living his ‘best life’ as an actor, comedian and filmmaker but admits that ‘living in a world that wasn’t designed for you’ isn’t always easy.

However, it does have its perks and funny moments. Jake lets us in on his... 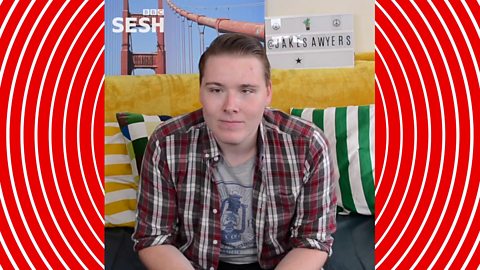 Jake's Perks Of Being Sight Impaired

"I know what it’s like to be different and face adversity..."

Designated non-driver
I’m not allowed to drive which is a bit meh… But that means that I can, without debate, have a cheeky drink. Or two, or three, or four! Every cloud…

Empathy
It makes you more understanding of other people’s situations. I know what it’s like to be different and face adversity, so I have a lot of time for other people in similar situations. Empathy is never a bad thing.

Pawsome pals
They’ve managed to train dogs to guide us around! Can we all just take a minute to appreciate how cool and amazing that is?! I don’t have a guide dog, but who knows... one day!

I’d be lying if I said that proving people wrong wasn’t fun!

Freebies
When you’re blind, you do get a few discounts here and there. A companion ticket at most theatres, cinemas and concert venues. A bus pass, slightly cheaper rail travel. But ‘Why?’ I hear you ask. Well, there’s a few reasons...

I get companion tickets because I need assistance going to venues to stay safe. And when you‘re blind, you actually end up spending a lot of money on other things. More taxis than the average person, a lot of specialist equipment. So it is a relief to know you do get your travel a bit cheaper! So it’s a perk, but a justified perk if you ask me!

‘Looking’ the other way!
“If I want to ignore someone on the street I have a pretty good excuse! I don’t actually do this, but I could!

Super skills
My personal favourite is being able to touch type. I’ve been able to type on a computer at speed, without looking, since I was eight! Some more skills include being able to read braille, using voice over software at amazing speeds, and many more!

Saintly virtues
God, I’m patient! I’ve been vision impared all my life and I’ve had to put up with a lot of people saying a lot of stupid stuff to me on the daily. I also have to put up with people’s misconceptions of visual impairment. People think I can’t do stuff when I can. So yeah, I have the patience of a saint!

Friends who ‘get it’
My blind friends! I love my blind friends! They know what it’s like and I think it’s important for everyone to have a support network of people who just… y’know… get it! It’s weird to think that if I wasn’t blind, I’d probably would never have met those friends!