It’s one of the biggest questions facing humanity: how to feed the world’s growing population without destroying the planet. In 2019, an international group of thirty-seven scientists, from sixteen countries, published a report in The Lancet which grappled with this dilemma. 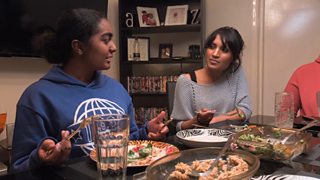 Their analysis of the problem was stark: agriculture is one of the main forces driving climate change, biodiversity loss, and pollution. Agriculture also leads to habitat loss, soil salination, and land erosion. On top of that, the world’s population includes three billion people who are undernourished, emphasising the scale of the challenge in the years ahead, when the number of people in the world reaches ten billion.

Part opf the solution, the scientists believe, lies in our diet. According to Professor Tim Lang, of City, University of London; “The food we eat and how we produce it determines the health of people and the planet and we are currently getting this seriously wrong.” And many of the foods we enjoy in the West are among the worst for the health of the environment – as well as potentially dangerous to our own health if not eaten in moderation.

Red meat like beef and lamb is the most problematic. The more you eat, the higher your risk of serious illnesses like cancer, stroke and heart disease. And producing these meats is damaging the environment. It’s estimated that producing just 100 grammes of beef results in 105 kilos of greenhouse gases, compared with just 12 for fish and white meats like poultry, or 3.5 for the soy curd tofu.

The UK government currently recommends eating no more than 70 grammes of red meat a day – but the Planetary Diet would cut this to just 7 grammes a day. The British diet would become one full of vegetables, whole grains, fruit, and nuts. Dr Marco Springmann of the University of Oxford, one of the report’s authors, comments that red meat should in future be seen as a “treat”, rather than an integral part of our western diet.

In a television first, Trust Me I’m a Doctor put a British family – mother Michelle and children Rhianna and Hakim, from west London – on the Planetary Diet for a week. Nutritionist Pamela Mason devised a menu of three meals a day, plus snacks. We wanted to see what the Planetary Diet would look like in practice.

Michelle and her children used to eat a diet high in processed food, including takeaways, chocolate, and crisps. But although cooking at home was a time challenge, Michelle found that the family gradually became accustomed to the healthier foods, and by the end of the week, were enjoying the experience. The Planetary Diet also worked out at just £2.38 per person per meal – much cheaper than a diet full of sweets and takeaways.

It is not yet clear whether the Planetary Diet will really catch on, where decades of health advice have failed to persuade people to change their eating habits. But this report marks the first time a diet has been devised to be ‘planet-friendly’ and tailored to people in different parts of the world.

Click here for the recipes Michelle and her family followed.