My father the murderer: Growing up in the shadow of a killing

Vince Boston was told by his grandmother that his father killed his mother - but that was only the beginning.

"My grandmother told us when we were very young: 'I don't want to lie to you kids. There is no Santa Claus and your mother is never coming back.'

"We asked her what she meant and she said, ‘Your dad killed her because he didn't want to lose you kids'."

Vince Boston was only three years old when his mother, Mary Lou, went missing. Her body has never been found but Vince and his two siblings grew up being told their father was her killer.

"She looked like a typical sixties young lady. She had the beehive hairdo, the cat-eye glasses. She was a really great mom.” 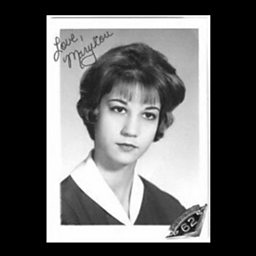 "He convinced her to go for a drive, then he threatened her with a gun and told her to get out," he says.

“She was running away from the car when he shot her in the back. She was saying, 'what about the kids? What about the babies?' Those were her last words.” 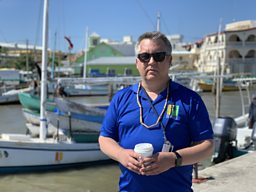 (Vince Boston returning to Belize in 2018 with 5 Live)

Vince’s story is being told as part of a BBC Radio 5 Live podcast, Paradise. The series investigates the deaths of British backpackers, Chris Farmer and Peta Frampton, who were found murdered in Guatemala after getting on Boston’s boat in 1978.

Boston had taken two of his children, Vince and his younger brother, Russell, to Belize in January 1978 after being charged in California with two counts of rape. He bought a boat he named the ‘Justin B’ and they lived on board.

"He supplemented our income by taking tourists out on trips. We would go scuba diving or spearfishing out in the cayes" Vince explains. 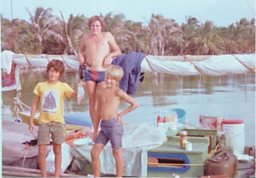 Originally from Manchester, Chris and Peta were travelling the world after finishing their degrees in Birmingham. They boarded the Justin B in June 1978, heading for Costa Rica, but the boat would never get there.

One evening, Vince says a row broke out on board.

"Anytime my dad drank he would become aggressive. He started screaming at Russ saying ‘make me some rice’.

"Dad snapped and tried to swing at Chris but he ducked and Dad fell into the water. 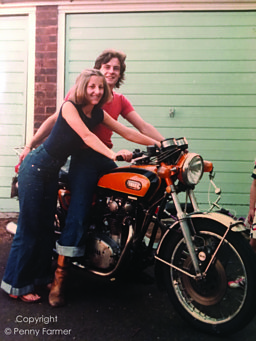 A few days later, Vince says his dad told Chris to pull up the anchor: “Chris starts pulling up the chain and Dad stealthily walks behind him. He pulls out a wooden club and starts beating Chris over the head.

"Peta screamed and Dad threatened her with a speargun, telling her to get below decks.

"I was frozen in horror unable to speak.”

Over the next few hours, Vince says his father 'hogtied' the couple with ropes, and put bags on their heads before attaching heavy engine parts to their bindings.

"He was telling them he was going to drop them in shallow water but we were sailing out to sea," Vince says.

"The water was turning from turquoise to a dark, almost blackish blue.

"He said, ‘OK, we’re here, I’m going to let you out now’. He grabbed Chris’s weight and threw it overboard, then rolled him into the sea. He went to the back of the boat and did the same to Peta."

On his return to the US in August 1978, Vince first told his grandmother about the murders.

“She told me not to say anything or I’d end up losing both my parents.”

When he left home three years later, he says he tried to tell the police what had happened but it was dismissed as hearsay.

"I kept calling and sending emails... finally, in 2012, I found the cold case department at Sacramento Police Department. The officer was the first one that took me seriously.”

(Silas Duane Boston's mugshot after his arrest in December 2016)

At the same time Chris’s sister, Penny Farmer, was trying to solve the mystery of her brother’s disappearance.

In 2015 she called cold case detectives at Greater Manchester Police.

It sparked a joint investigation that would eventually lead to Boston’s arrest in Paradise, California on 1 December 2016.

Boston was charged with Chris and Peta's murders. But in April 2017, with his health failing, he died before a trial could take place.

Vince says he's glad the police finally caught his father, but he regrets that his dad never said where his mother is buried.

“I told him I just wanted to put flowers on her grave.”

He now hopes new light will be shed on her case: “Hopefully with the podcast coming out and more people hearing this story, someone will come forward who knows what happened. It’s a pain that never leaves.”