To Shave Or Not To Shave?

Actress Tori Lyons on why she’s growing her underarm hair during lockdown.

Listen to Tori's interview in full on The Hayley Pearce Podcast.

I had a moustache before most of the boys in my class. I was like, ‘don’t be jealous!’.
Tori Lyons

Looking back on it now, it’s obviously because I would see my mother in the shower shaving under her arms, I’d see it on films, on adverts. But I thought, ‘do you know what? I’ve never actually seen my underarm hair’. I have never seen it! You tend to see your pubic hair a little bit more whilst you’re in between shaving… depending on how much you’re on the grooming, as they say. But the underarm hair, I’ve literally never seen it. I thought, ‘it’s lockdown, I’m not going anywhere, nobody’s seeing it, let’s have a look at what this hair looks like'. I’m not saying I’m going to keep it, but I'm just curious.

I'm a hairy woman: I'm Spanish and Celt. I’ve got dark hair and I am covered head-to-toe in it – it’s everywhere!

I had a moustache before most of the boys in my class. I was like, ‘don’t be jealous!’.

I was made very aware of this as a child.

I shaved my arms from the age of seven to 24. Family members would laugh because I’d have hair on my big toe. Obviously, it’s not ideal, but when you’re eight, that is a very impressionable age to feel shamed about that hair. Then, I think growing up, I thought, ‘is it my own preference that I’m removing this hair? Is it because I’ve always been told that actually it’s gross or it’s something to laugh at?’. Psychologically you think, ‘am I actually making a choice or is it already influenced before I’ve made it?’.

It’s so important to see famous people embracing hair, because when you have people who think it’s disgusting... that can make [you] feel ashamed of it. 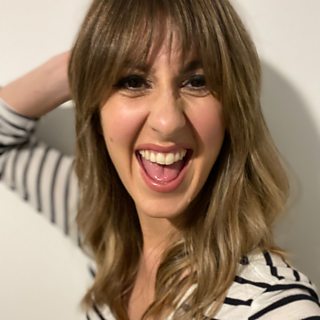 There are completely different standards for women than there are for men when it comes to hair. Men are naturally allowed to have hair, whereas women not so much.
Tori Lyons

Hair is a choice – if you want to have hair, then fantastic, please whip it out. But some people have such a reaction to hair and it's not something that is generally accepted.

I’ve got hair on my face that comes down between my eyebrows and hairline. I don’t do anything with it, I think it looks quite cute, like a baby.

I think in the future, as I develop and grow as a woman, I’ll probably become more and more hairy, if I’m honest!

In terms of who's to blame… I think it’s historical and it’s patriarchal. There are completely different standards for women than there are for men when it comes to hair. Men are naturally allowed to have hair, whereas women not so much – even though we do have it. So, it is natural for women to have hair, but it’s that expectation that they shouldn’t have that hair and they should remove it.

As we are growing as adults, we are all constantly just unlearning all the things we were taught.

If I was to give advice to my younger self, I would say: 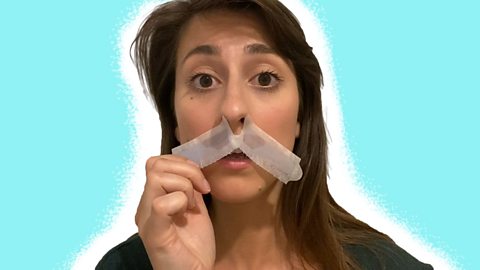