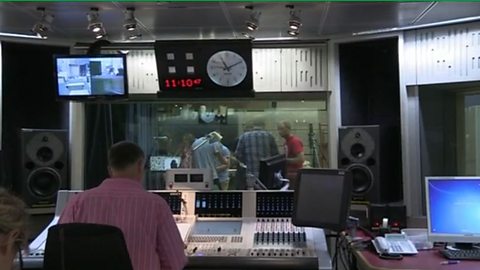 Some of the winners and runners up from the Soundstart launch 2018.

In 2003 BBC Radio Drama celebrated both the fiftieth anniversary of what is now the annual BBC Carleton Hobbs Bursary Award, and the first year of a new acting initiative, the BBC Norman Beaton Fellowship.

Together these two radio awards are celebrated under Radio Drama’s umbrella title for its acting initiatives : (((soundstart))).

In 2003 via these two bursaries, Radio Drama welcomed seven new actors to five-month contracts with the Radio Drama Company.

As well as work undertaken via the two acting events, (((soundstart))) initiatives include: