Aldous Huxley isn't as famous as George Orwell is nowadays. We certainly don't speak about The World State or Mustapha Mond from Brave New World as often as we do about Big Brother and The Ministry Of Truth from Nineteen-Eighty-Four. But that doesn't mean Huxley's work was any less accurate or important.

It's even possible to argue that Huxley got more right than his fellow dystopian. That was definitely the opinion of the great SF writer JG Ballard – who was himself known as the 'Sage of Shepperton' thanks to the prophetic abilities as so clearly displayed in his own novels. Ballard said: "Huxley's greatest novel, Brave New World , is a far shrewder guess at the likely shape of a future tyranny than Orwell's vision of Stalinist terror in Nineteen Eighty-Four."

The crucial point for Ballard was that Huxley described a world in which humanity welcomed its enslavement. In Nineteen-Eighty-Four, Big Brother is an oppressor, stamping a boot forever on a human face. In Brave New World, thanks to mood-altering drugs, the distractions of mass media technology, and ready access to sexual gratification, most people don't even realise that they have no freedom. In this society, discontent is quelled by advertising, medication, sex and entertainment. Which really does sound quite familiar. So familiar that it's hard to believe Brave New World was written in the early 1930s. Hard to believe also that its future-leaning author (who also describes such modern-seeming phenomena as test-tube babies and Virtual Reality cinema) was often thought of as one of the "last Victorians". But Huxley was always a paradoxical, unusual man. 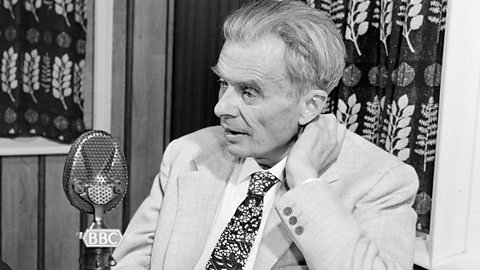 'Man is now the victim of his own technology'

On the one hand, he was the grandson of the great Victorian scientist TH Huxley (who was known as Darwin's bulldog for his vigorous defense of evolution) and an Old Etonian of silver voice and unfailing good manners. He disapproved of excessive smoking and drinking. He remained happily married to his first wife Maria until her death in 1955, and then to his second wife Laura until his own death in 1963 - on the same day that John F Kennedy was shot in Dallas, Texas. 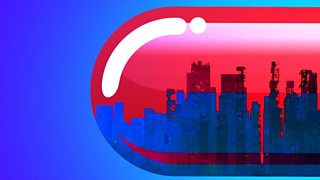 Huxley also became one of the world's first psychonauts: an early experimenter with LSD and other hallucinogenic drugs during the early 1950s

On the other hand, he not only wrote about group sex in Brave New World, but he maintained an open relationship with his wife Maria. He was even happy for her to become a member of the "sewing circle", a club for lesbians in Hollywood, which supposedly also boasted Marlene Dietrich and Greta Garbo as members. The otherwise abstemious Huxley also became one of the world's first psychonauts: an early experimenter with LSD and other hallucinogenic drugs during the early 1950s, and a trailblazer who had a huge impact on the 1960s "revolution in the head".

A measure of Huxley's influence can be seen in the fact that Jim Morrison's band took their name from The Doors Of Perception, Huxley's book about his experiences with the drug mescaline. The writer also featured on the cover art of Sgt Pepper's Lonely Hearts Club Band. But most importantly, his vivid descriptions of his hallucinations encouraged a younger generation led by Timothy Leary and Ken Kesey's Merry Pranksters to take things 'further' - to "turn on, tune in, and drop out." Not that Huxley would have approved. His widow Laura always maintained he disliked casual drug use. Tripping for him was a serious business to be explored with academic rigour – even if some of his most memorable descriptions in The Doors Of Perception are of laughing, until, he wrote, "the tears came down my cheeks."

Similar contradictions ran throughout his life. He wrote moving and intelligent appreciations of paintings and visual art - even though he was half blinded by a childhood illness. He was also always a strange blend of insider and outsider; invited to many of the best parties, but never quite fitting in when he got there. As a young man, for instance, he was friends with the Bloomsbury Group of writers and artists in London. He knew Virginia Woolf, Lytton Strachey and DH Lawrence - but he eschewed their modernist writing and offended them all by writing a satirical novel (Crome Yellow) about their lifestyles. Meanwhile, when Huxley moved to America, he made a fortune writing Hollywood screenplays but was also treated with such suspicion during the McCarthy anti-Communist witch hunts that the FBI built a huge file on him. (They found nothing incriminating.)

He was a mass of contradictions. But there was also important constants in Huxley’s life: his curiosity, his intelligence and his intellectual rigour. It's because of these qualities that he was able not only to shape the future, but also to provide a warning about the shape of things to come in Brave New World. One that remains as important now as on the day it was written.

Listen to a new version of Huxley's Brave New World, and explore the Dangerous Visions season