Scotland's most important artists of the past 25 years are being celebrated in GENERATION - a programe of exhibitions across the country in 2014. In a series of short films for BBC Arts, Kirsty Wark meets some of the creative minds who transformed the art scene in Scotland. 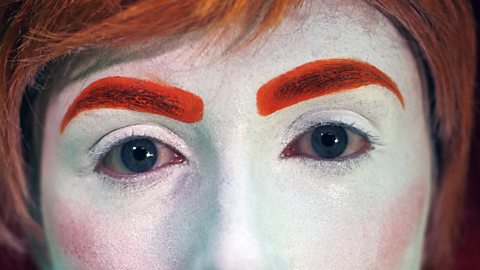 Outlandish characters and fantasy worlds dominate Rachel Maclean’s videos and photography, which she uses to delve into politics, society and identity.

Wearing colourful costumes and make-up, Maclean takes on every role in her films herself. She uses computer technology to generate her locations, and borrows audio from television and cinema to construct narratives with a comedic touch. 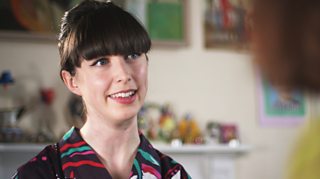 It includes her films A Whole New World, The Lion and The Unicorn and Please, Sir… - a remarkable split-screen reworking of The Prince and the Pauper tale.

Born in Edinburgh in 1987, Maclean graduated from Edinburgh College of Art in 2009. She won the Glasgow Film Festival Margaret Tait Award in 2013 and lives and works in Glasgow.

GENERATION is a showcase of some of the most important artists to come out of Scotland in the past 25 years. It brings together work by more than 100 artists to 60 galleries and exhibition spaces across the country.