// WATCH VIDEOS FROM THE INTRODUCING STAGE AT BIG WEEKEND //

In May Radio 1's Big Weekend arrived in Middlesbrough! BBC Music Introducing had a a dedicated stage at the event, showcasing the freshest and most exciting new artists from around the UK.

The artists on our line-up had one thing in common: they all uploaded music to the BBC Music Introducing Uploader and went on to be discovered by our network of local shows. Two of the artists on the bill were special returning acts - they've been on the Introducing stage before. Taking to our stage at Big Weekend, all of the artists followed in the illustrious footsteps of artists such as Blossoms, Pale Waves, The Big Moon and many more. 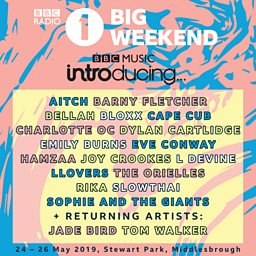 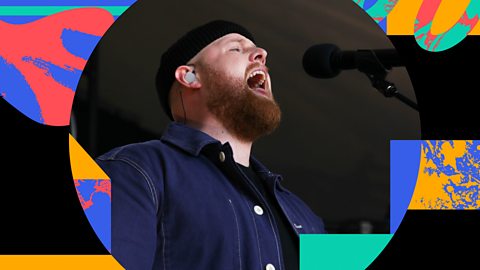 Tom Walker - Just You And I