End Of Days: Who Goes To Waco Now?

By Ciaran Tracey and Chris Warburton

Mount Carmel, the site of David Koresh’s commune, is in the middle of nowhere. To even pass by, you have to really, really want to get there.

So its trickle of visitors don’t do it by accident. But why would anyone want to see these fields where such suffering took place? 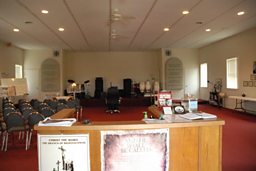 There is little to remind the visitor of the commune that stood here.

All that is left, other than a newly built, modest church hall are rubble foundations and scrub ground where the buildings were. The few memorials to the victims give a clue as to why this place remains important for one type of visitor however. They have been paid for by various right wing militia groups still angry at what they saw as the fatal excess of the government in dealing with the Waco situation.

But Mount Carmel also has a deeply emotional lure. When recording End Of Days there, we encountered one woman called Mary who, like us, had vivid memories of the events from television. 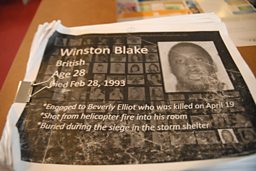 And she too needed to exorcise that ghost from her memory – which is why we ended up bumping into her on that desolate ground just after she had seen the twisted metal carcass of the sunken school bus.

All that is left to remind of the fire that consumed what once was here. 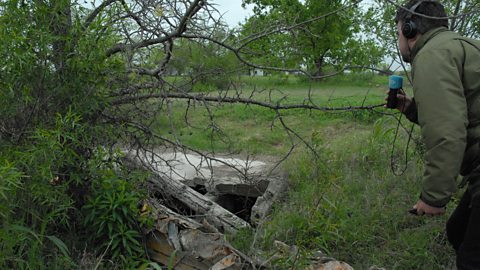 Who goes to Mount Carmel now?

5 Live meets Mary, who's visiting the site of the commune.

Listen to End of Days on BBC Sounds