The real historical events that inspired Game of Thrones

Game of what? Apparently there’s some TV show called Game of Thrones which isn’t a chair-based quiz show at all, but a fantasy epic with swords and dragons and the like. The author of the books that the iconic series is based on, George R. R. Martin, used a whole slew of true historical incidents and characters as inspiration for his dragon-strewn work.

As the final ever season of GoT gets underway, we decided to investigate a few of these bygone antecedents and attempt to sift the fact from the fiction. (It goes without saying, there are many spoilers in this article if you haven’t started watching GoT yet!)

The War of the Roses

Stark? York? Lannister? Lancaster? Come on people! Surely you can see the connection? Taking place between 1455 and 1485, The War of the Roses was a series of bloody battles over the British throne by rival royal families. Sound familiar? The parallels with Game of Thrones’ War of Five Kings continue.

Joffrey resembles the bloodthirsty Edward of Lancaster, supposedly the illegitimate son of King Henry VI, who married the beautiful and ruthless Margaret of Anjou, who bears an uncanny resemblance to the character of Cersei on GoT, who distrusted Richard of York, who seems a lot like Ned Stark… We could go on.

The War of the Roses eventually ended when Henry Tudor married Elizabeth of York - which in Thrones terms could be a bit like Daenerys Targaryen marrying Jon Snow. Could it happen?

Game of Thrones: "It would have been impossible to do it as a movie" 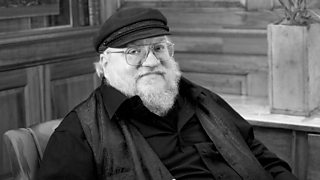 Kirsty Lang talks to George R. R. Martin, whose epic series of fantasy novels A Song Of Ice And Fire formed the basis for Game Of Thrones.

George R. R. Martin (GRRM) has admitted that he came up with his giant ice wall creation (imaginatively called ‘The Wall’) while visiting Hadrian's Wall near the Scottish border with England. 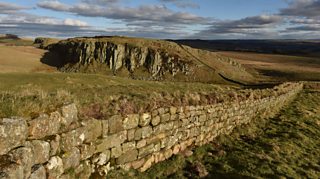 Martin’s wall, constructed from solid ice, stretches for 300 miles and is 700 feet tall and designed to keep out the fearsome ‘Wildlings’ on the other side.

Hadrian's Wall, between Wallsend in North Tyneside and Bowness on Solway in Cumbria, was built to guard the north-west frontier of the Roman Empire and runs a slightly more modest 73 miles and was around 20 feet tall at its highest point.

But it’s not just that great big wall the Romans constructed that GRRM was inspired by. Various elements of the Roman Empire have seeped into the world of Game of Thrones. 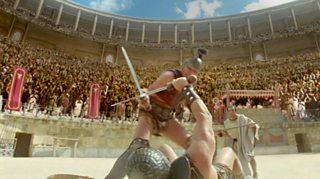 The War of the Five Kings, as well as having War of the Roses parallels, also resembles the year 69AD when there were four potential candidates for the role of Roman Emperor, which led to a brutal civil war, with Vespasian eventually emerging as the victor.

Many classicists have also noted that the scenes set in Essos look distinctly like the Roman Empire, including the gladiatorial looking arenas, the food and even the latrines, that definitely have a whiff of the Roman about them.

And the long vanished city of Valyria in Essos was once the seat of a great empire that brought innovations such as straight roads to the lands they conquered. Though they also had purple eyes and dragons, so you can’t read too much into this stuff.

One of the most notorious events in GoT history is the brutal, gruesome ‘Red Wedding’ where King Robb Stark, his wife, Queen Talisa, his mother, Lady Catelyn and many many more were murdered during the marriage of Edmure Tully to Roslin Frey. 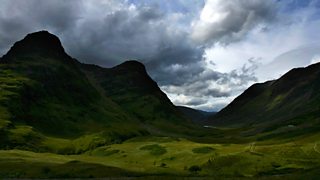 The massacre was based on two historical Scottish events, and possibly a bit of a Japanese one. The Black Dinner, from 1440, involved the 16-year-old Earl of Douglas and his younger brother being beheaded during a dinner with the 10-year-old King James II.

There are also elements of The Massacre of Glencoe from 1691, when soldiers loyal to King William of Orange murdered many of the MacDonald clan while they were sleeping.

Plus there’s similarities to the Kojiki, an ancient Japanese tale where Emperor Jimmu murders all his political rivals at a feast.

History can be brutal.

The nomadic, horse-loving warriors the Dothraki, who rule the vast plains of Essos in GoT, seem to share many characteristics with the Mongol empire that existed in the 13th and 14th centuries across Asia and Europe.

Khal Drogo, one of the most prominent Dothraki rulers, seems to share certain characteristics with Mongol legend Genghis Khan, including executing enemies by ways of molten precious metals being poured on the head (Genghis used silver, Drogo splashed out on gold) and their unspectacular demises (Genghis probably died from an infected wound, Drogo was suffocated after an infected wound left him catatonic).

George R. R. Martin has also admitted that the Dothraki are based in part on characteristics of the Huns, Alans, Turks and even some Native American tribes.

Game of Thrones: What's in it for women? 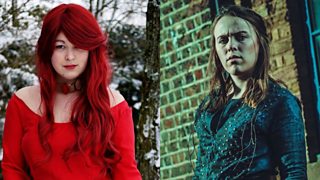 Over the years, its portrayal of female characters has drawn criticism and praise in equal measure. So is it OK to still be watching?

The Siege of Constantinople

Stannis Baratheon’s decision to siege the capital of King’s Landing, an event that became known as The Battle of Blackwater Bay, has some striking similarities with the Second Arab siege of Constantinople that occurred in 717–718, when the Umayyad Caliphate attacked the capital city of the Byzantine Empire.

After various complex episodes involving civil strife, trickery, double-crossings and other duplicitous behaviour, Constantinople’s attackers were defeated with the use of ‘Greek Fire’ a substance (the ingredients of which are still unknown) that could ignite on contact with water, leading to the destruction of enemy ships before they reached land.

In GoT, Stannis and his navy are defeated after being subjected to something called ‘wildfire’ which does pretty much the same thing.

How witches were spotted in the 17th century 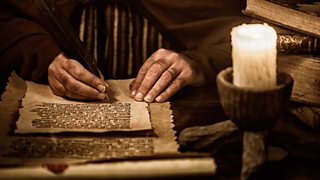