Should I buy glucosamine for my joints?

Many of us live with joint pain; osteoarthritis affects 1 in 10 people in the UK, and many also suffer injuries from sports or accidents. Millions swear that glucosamine helps them – here in the UK we spend more than £50m a year on it - but is it worth the money? 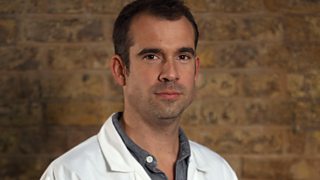 How much glucosamine is in your pills?

Most glucosamine supplements are sold in the UK as a “food supplement” and NOT a medicine – as such, they are checked for food safety to ensure they won’t do you any harm, but they’re not checked for quality or quantity of the ‘active’ ingredient. Because glucosamine isn’t a herbal product, it also doesn’t qualify for registration under the ‘THR’ (Traditional Herbal Registration) scheme, where supplement manufacturers can have their products verified independently and carry a ‘THR’ mark to show that they have been certified and checked.

So we tested nine glucosamine supplement brands readily available in the UK, to see whether they contained the amount of glucosamine claimed on the bottle. Dr Cristina Legido-Quigley and her team at Kings College London's Institute of Pharmaceutical Science undertook that analysis, and their tests revealed some surprising discrepancies. 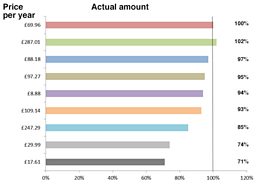 Cristina’s results showed that the pills didn’t always contain the amount of glucosamine that was claimed on the packets.

Six of the brands did have 90% or more of the glucosamine that they said they did.

And price was no guarantee of quality either: we found that a brand that would set you back close to £300 a year contained similar amounts of glucosamine as one that would only cost £9 a year.

There have been countless trials on glucosamine to see whether it helps our joints, and they often compare glucosamine with painkillers or placebo pills, to see which treatment seems to relieve pain more.

Some of these studies found glucosamine seemed to help patients, others found it was no better than a placebo pill in relieving pain.

In 2010 the British Medical Journal published a meta-analysis where they pulled together the results of thousands of patients in many glucosamine trials, and the authors were unable to show any conclusive benefit from taking glucosamine – but they did go on to say that patients taking it often are convinced of its benefit, and as it wasn’t doing them any HARM, they could continue to do so.

On the other hand, other similar reviews come to the opposite conclusion, and say that glucosamine may have some benefit.

So what is the truth? Is it effective, or no better than placebo? Or could it be both…?

We recruited 74 volunteers suffering from joint pain in their knees, and each person scored their joint pain on a scale of 1-10 (10 being agony) – our experts also assessed everyone’s range of movement.

Then, we divided the volunteers into two groups: the first group were given something that has been shown to help with joint pain - daily exercises designed to strengthen the muscles around the knee joint. The second group would take a daily supplement pill, but they weren’t told what the pill actually was. After the 8 week trial everyone filled out the pain score forms again.

Our experiment helped show just how powerful the placebo effect can be. Most people taking the daily supplement genuinely felt their joint pain getting better, despite the fact that it was just a ‘sugar pill’ – and while it might be easy to pass judgement, it’s worth keeping in mind we’re all susceptible to the placebo effect. One thing this trial showed was how powerful that effect can be in the case of joint pain, and this may help explain the complicated picture around glucosamine pills and other supplements. They may be ‘no better than placebo’, but that’s because placebo is actually pretty effective!

The other thing this trial shows, though, is that the right exercises CAN have a beneficial impact on joint pain. 80% of the exercise group reported an improvement in their symptoms, significantly more than placebo, and this tallies with well-established scientific research that shows how effective exercise is for dealing with osteoarthritic joint pain. By strengthening the muscles and tendons around our joints we’re providing support to that joint, which will relieve the pressure on it.

If you struggle to get out of a chair without using your hands, or have trouble opening jars, you’re potentially at risk of developing joint pain because your muscles are relatively weak. But a few simple daily exercises could fix this and the added bonus is that these exercises are free, so there really is no point wasting your money on glucosamine. 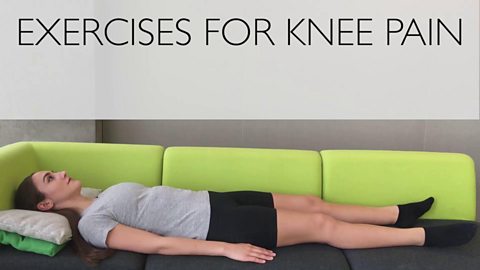