2020 saw the beginning of the next generation of gaming when the PS5 and the Xbox Series X made their debut. While both boxes have their own share of innovative new features, from a technical perspective they’re not hugely different from the consoles of the last 20 years. They’re heavy boxes you put under your telly.

But, for a few years now, several companies have been trying their hand at developing “cloud gaming”. This is essentially the Apple Music or Spotify streaming approach, but for games. However, how does it stack up against shiny new consoles? Let’s find out.

In its first year, Stadia has been marred by criticism. This has mainly stemmed from lacking advertised features and needing to pay a subscription fee just to be able purchase games. But, as time has gone on, Google has been working to improve the platform by slowly bringing well needed features like party chat and notifications. And yes, the service launched without notifications, even for gameplay achievements. 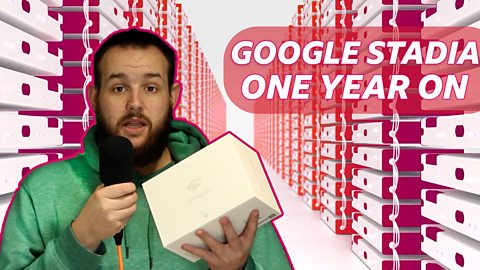 Google Stadia - One Year On

It's been over a year since Stadia launched but has it improved since its first reviews?

Unlike Netflix, Stadia has you purchasing the games you want to play rather than streaming anything you like for a monthly fee. Now that there is a free option available, you are able to buy whichever games you want, and stream them straight from Google’s high powered servers. The benefits of paying the subscription fee is higher quality streaming, discounts and free games.

While the library may not have too much new for a major gamer, it’s a pretty good list for anyone new to gaming

When you look through the game library, you may find yourself feeling like you’ve just walked into a second-hand game shop. Some games (like Super Bomberman R Online) are exclusive to Stadia but you've probably already played most of the games that are on offer. While games like Cyberpunk have been released on Stadia, you will still find a lot of major titles missing.

Even with all the promising hardware and features, a gaming platform is no use without games. While the library may not have too much new for a major gamer, it’s a pretty good list for anyone new to gaming. The Xbox Series S has created an affordable stepping stone to console gaming which, alongside Gamepass and xCloud, is surely causing Google a headache. However, because Stadia doesn’t need much hardware to play, it’s the perfect platform for someone who isn’t already super into games.

XCloud is Microsoft’s attempt at entering the cloud gaming space. The big selling point is being able to play your library of Xbox games anywhere. This is a huge step up from Stadia’s approach which requires players to purchase a whole new library.

Despite still being in preview, the app is surprisingly full featured. You’re able to create parties, check achievements and access your friends list. The experience isn’t flawless, connection issues and video compression do remind you that this isn’t a 1 to 1 experience, but we are getting closer to having that 'on the go' console gaming experience. 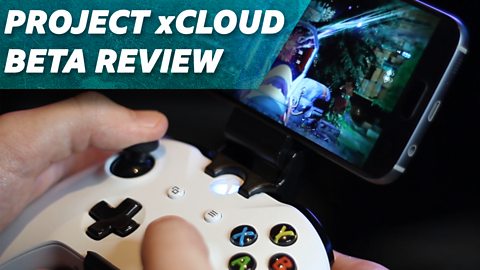 Chris takes a look at another cloud gaming service.

With Game Pass remaining one of the best deals in gaming, combining that with XCloud makes for a very tempting prospect. Everyone has a phone, and plenty of people have controllers laying around, so being able to just throw your controller in your bag and be able to access your Xbox library everywhere could be a huge selling point for Microsoft.

Offering both a free and a paid tier, GeForce Now is the most direct competition to Google Stadia.

While there are plenty of games offered, you might have trouble discovering that for yourself as the user interface for choosing games isn’t great. I had to search elsewhere for a simple A-Z list of titles that are playable on the service. GeForce Now is connected to both the Epic Game Store and Steam, meaning any games you own on those services can be played through GeForce now. However, shortly after the launch of GeForce Now, all Activision/Blizzard games were removed from the service. 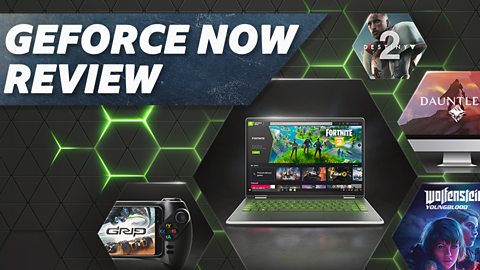 This appears to be the future of gaming, but is it the future we want?

While the connection remained solid, using an ethernet-cabled PC, occasionally games did drop down to 720p or even 480p in some situations.

... it feels like the cloud gaming space is waiting for most people’s internet quality to catch up with it

This is an issue for all services but it is something that will iron itself out as internet connection improves around the country. Input delay did mean that competitive shooters don’t work well on the service but anyone who’s serious about those games has other avenues to play them.

While all three services have their pros and cons, it feels like the cloud gaming space is waiting for most people’s internet quality to catch up. The technology is there and works well under perfect conditions.

However, the inconsistent solutions for playing the games you already own on the go means that it’ll be a while before any of these services are as prominent or reliable as console gaming.