How could Robert Burns have considered a career in the Caribbean slave trade?

Poet Robert Burns was a man of contradictions. He loved women, but exploited them; he was a firebrand republican and a social climbing government employee; and he was a champion of democracy who planned to reap the financial rewards of the Caribbean slave trade. 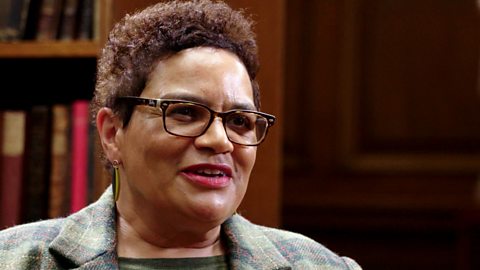 How could Burns, a supporter of equality, have considered a role in the slave trade?

In 1786, Robert Burns was looking for an escape route. He couldn't earn enough money working as a farmer in Ayrshire and his home life wasn't much happier. 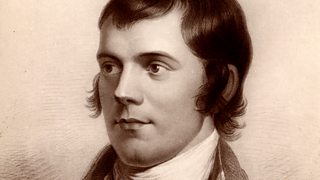 Robert Burns accepted a job on a Jamaican plantation

He had one illegitimate daughter with a servant girl, for which he had been publicly castigated by the local church elders, and twins on the way with Jean Armour, the woman who would eventually become his wife. Jean's parents did not care for Robert and despite his promise of marriage they sent her away, out of his reach.

Inside the Mind of Robert Burns reveals how Burns believed the answer to his problems lay in the West Indies. He accepted an offer of employment on a Jamaican plantation in a role he described as "a Negro driver".

Burns was determined to make this fresh start overseas. He booked his passage and wrote On a Scotch Bard Gone to the West Indies as he prepared to depart.

Only the growing success of his book, Poems Chiefly in the Scottish Dialect, prompted him to call a halt to the move.

A society 'complicit' in slavery

In this era, many Scots were making their fortunes in the sugar and tobacco trades, according to Professor Robert Crawford of St Andrews University.

"Quite a lot of people Burns would have known in Ayrshire went across to the West Indies to seek their fortunes," he says. "It wasn't an unusual thing to do. The society [was] complicit with slavery."

But it's a disturbing period for today's Burns fans, particularly as the poet later became known for his egalitarian anthem, A Man's a Man for a' That.

Scots Makar, Jackie Kay, is among those troubled by Burns' acceptance of the Jamaican job.

"I like to think that had he ever gone, he would have turned straight back once he'd realised what it involved," she says. "I can't reconcile my version of Burns in my head with a man that would have comfortably been an overseer."

Robert Burns is now remembered as a great democrat, a man who wrote of the worth of all people, but this period in his early life suggests it was not always the case.