Florentine painter and draughtsman Sandro Botticelli was celebrated in his lifetime, forgotten for centuries and then lauded as one of the greatest artists ever. But what do you do, when mounting an exhibition of his work, when his most famous creation of all, The Birth of Venus, is not available? The V&A chose to factor in the work of other artists who were inspired by the Renaissance master, in particular those who remixed his hymn to the goddess of love. WILLIAM COOK casts an eye over this seemingly incongruous mash-up and considers what it has to say about female beauty. 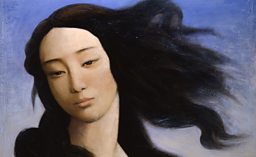 What’s the world’s most seductive painting? Leonardo’s Mona Lisa? Klimt’s The Kiss? For me, and millions like me, there’s only one candidate.

Over 500 years since it was painted, The Birth of Venus by Botticelli remains the acme of our idea of female beauty.

Botticelli’s masterpiece is at the centre of Botticelli Reimagined at London’s Victoria & Albert Museum. The central irony, however, is that this iconic picture isn’t here.

The Birth of Venus never leaves the Uffizi gallery – if you want to see it you have to go to Florence, where Sandro Botticelli lived and worked.

Yet that hasn’t stopped the V&A building an entire exhibition around it. By rights this shouldn’t work at all, but the result is an exotic treat.

Botticelli Reimagined begins with some of the countless modern artworks which The Birth of Venus has inspired. There’s David LaChapelle’s Rebirth of Venus (with a strategically placed seashell, protecting his model’s modesty) and Edward Baird’s Scottish Venus (posed by his plucky fiancé, on a chilly beach in Montrose). 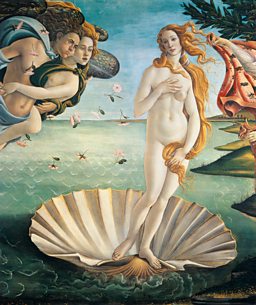 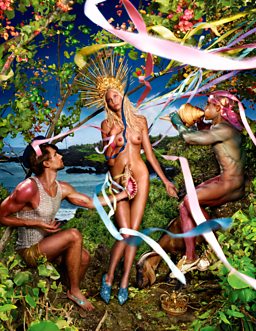 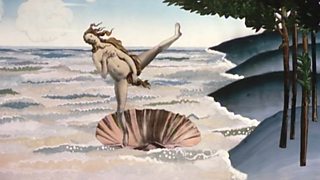 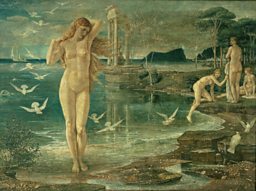 Botticelli has inspired artists in virtually every genre. The dancer Isadora Duncan sat in front of his paintings for days on end, in search of inspiration. There are Dolce & Gabbana outfits, and the Ursula Andress swimsuit scene from Dr No.

Today Botticelli is a household name, but for several centuries he was forgotten

In the background, Bob Dylan warbles Sad Eyed Lady of The Lowlands.

"We’re seeking to get away from the clichéd view of Botticelli," says Mark Evans, the V&A’s Senior Curator of Paintings.

Today Botticelli is a household name, but for several centuries he was forgotten. Famous in his lifetime, after his death in 1510 he was eclipsed by Michelangelo and Raphael. He was rediscovered in the 19th Century by the Pre-Raphaelite Brotherhood.

They adored his clean lines and simple clarity. "They literally fell in love with Botticelli," says Ana Debendetti, Curator of Paintings at the V&A, who co-curated this exhibition.

It may seem incongruous that this Italian artist, painting in medieval Florence, was championed by a group of British painters during the Industrial Revolution.

However a selection of pictures by Pre-Raphaelites like Edward Burne-Jones shows what a huge debt they owed him. 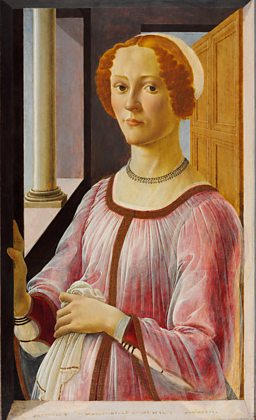 Burne-Jones collected Botticelli (it was a lot cheaper to buy his work back then). Botticelli’s revival may never have happened without another Pre-Raphaelite artist, Dante Gabriel Rossetti.

Born in London, Rossetti never went to Italy, but his father was Italian and he was immersed in Italian culture.

"Botticelli’s popularity soared between the 1860s and the beginning of the 20th Century," says Mark Evans.

The Botticelli that Rossetti bought and sold is the centrepiece of the V&A’s sumptuous show, which ends with a wonderful array of Botticellis from all around the world.

Though there’s no Birth of Venus, or Primavera (which never leaves the Uffizi, either), there are two other lovely Venuses from his workshop, and a host of other masterworks.

Highlights include his Simonetta Vespucci, from Frankfurt, his Portrait of a Young Man, from Washington, Pallas & The Centaur from the Uffizi (a Botticelli they were prepared to lend) and The Mystic Nativity, from London’s National Gallery.

So what makes Botticelli so special? Why were the Pre-Raphaelites in thrall to him? And why is he so ubiquitous today?

His Venus is a woman who’s proud of her sexuality, and that’s what makes her so attractive

Partly because he was a great draughtsman and a brilliant designer, but above all because he created an icon of feminine sensuality that’s never been surpassed.

He’s right - from China to America, when we picture a beautiful woman, we picture Botticelli’s Birth of Venus. Every picture in this exhibition is a response to this alluring image.

His Venus is a woman who’s proud of her sexuality, and that’s what makes her so attractive.

It’s an incredibly sexy painting, but you don’t feel sleazy when you stare at it. Women are transfixed by its beauty, just as much as men.

Even though The Birth of Venus is conspicuous by its absence, all the other pictures in this exhibition are like variations on a single theme.

"You can Google Botticelli and you find all sorts of things," says Ana Debendetti. "Why should a beautiful woman have Occidental features? Why not a Chinese Venus? Why not a Black Venus, an African Venus? That’s what we wanted to show."

Botticelli Reimagined is at the Victoria & Albert Museum, London from 5 March to 3 July 2016. 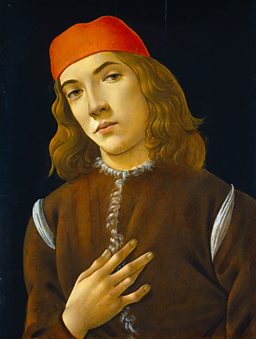 Portrait of a Young Man, c.1480-5 by Sandro Botticelli Image courtesy of the National Gallery of Art, Washington. 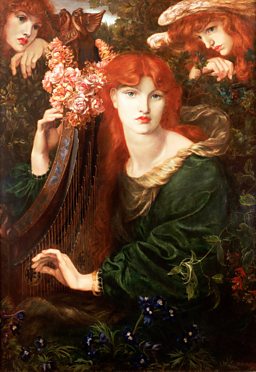