What makes the perfect toilet?

In my perfect country everyone has access to a toilet. We can all go to the loo safely and with dignity. The perfect toilet is clean, private and turns our waste into valuable resources.

Nowhere in the world has perfect sanitation. More than 2.5 billion people don’t have access to any form of toilet. This has terrible consequences for public health, the environment and human dignity. Even if people have a toilet, if it is not connected to a good waste treatment system, these problems persist. 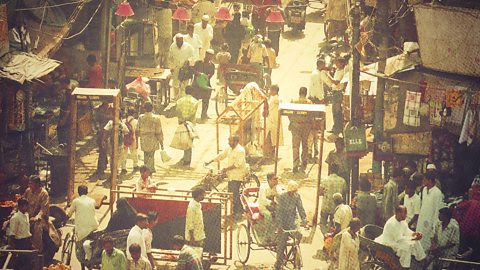 Why a lack of toilets is bad for women in India

My perfect toilet doesn’t use water for flushing. Fresh water is a scarce resource. Around 1.2 billion people live in regions where water is scarce. In the UK 30% of the water used in homes is for toilet flushing. British people each flush around 50 litres of water down the toilet each day. Flushing water down the loo seems like a waste of a precious resource.

Water isn’t the only resource we flush down the loo. Pee and poo contain nutrients that can be used as fertiliser and organic matter than can be a source of renewable energy.

Recycling urine could be vital to future food security. Urine contains phosphorous, which is difficult to remove from sewage, and causes environmental pollution. Phosphate fertilisers are essential to food production, but world reserves of phosphate rock are running out. By 2050 world production of phosphate fertiliser from mineral resources is likely to have peaked. To maintain food production for a growing global population, alternative sources of phosphorous, like urine, will be needed.

The eThekwini Municipality in Durban, South Africa possibly has the largest number of urine-diverting toilets in the world. Durban suffered a cholera outbreak in 2002. This focused attention on providing sanitation to areas not served by the sewerage system.

More than 90,000 urine-diverting toilets were installed in areas surrounding Durban. These separate urine, which currently soaks into the ground, and faeces, which is left to decompose in an enclosed chamber. Researchers from the University of Kwazulu Natal and the Swiss institute Eawag have been working to develop a chemical process to extract phosphorous from urine to create fertiliser. Urine-diverting toilets were chosen in Durban to improve public health in a water scarce region, but this innovation could hold the answer to future food security. 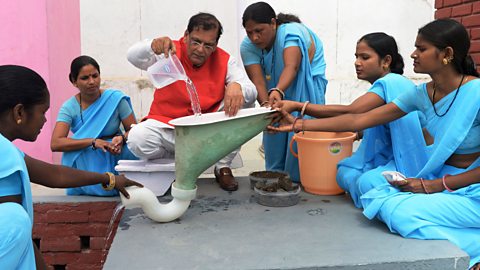 India is finding ways to provide toilets to more than 60 million homes by 2019.

Waterless sanitation systems can also be a source of renewable energy. Loowatt are a small UK-based company working to develop a clean, safe waterless toilet, and a system for turning waste into energy and fertiliser. With funding from the Bill and Melinda Gates Foundation, they tested their system in Madagascar.

The perfect country needs the perfect toilet. Nowhere in the world has the perfect toilet yet, but innovators around world are starting to show us what it might look like. It will be safe and clean, and will produce, rather than waste, valuable resources.