In the run up to the premiere of Tracks: Indigo on 28 October, you can now listen to all three previous series of Matthew Brighton's conspiratorial thriller on BBC Sounds.

In Tracks: Chimera, Helen Ash unravels a mystery with human evolution at its heart. But how much do we really know about the history and future of our species? Here are eight sometimes surprising things about our journey towards understanding the story of human evolution.

1. We didn’t evolve from apes

Contrary to the popularised image of mankind ‘arising’ from apes, modern humans – Homo sapiens – did not evolve directly from the apes alive today, but rather we share a common ancestor. Our evolutionary paths diverged from those of chimpanzees and gorillas about six million years ago. Though we do share over 90% of our DNA with them, apes are distant cousins, not great-great-great (etc.) grandparents. 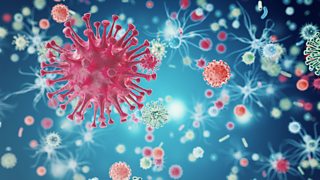 A great deal of your body mass is just bacteria

2. You are actually less than half human

About 43%, to be precise. This much of your body is made up of human cells, while the rest is a mix of bacteria, viruses and fungi that combine to make your microbiome. This is thought to be as individual to each person as their fingerprint, and plays a role in many vital body functions from digestion to the immune system.

3. Darwin wasn’t right about everything

He’s best known for popularising the theory of evolution in his book, On the Origin of Species, but Charles Darwin also had some very unsubstantiated ideas about human beings... In a later book, he wrote that qualities like intellect and sense of smell were greater or lesser in different racial groups. He also thought that “the average of mental power in man must be above that of woman.” Needless to say, none of these claims have borne out.

Evolution can be a slow process, and sometimes things stick around many generations after they’ve ceased to have a purpose. These leftovers, or vestigial traits, are found in human beings too. The appendix is thought to have been involved in digestion for our distant ancestors, but it seems to be largely defunct in the human body today. Many primates have wisdom teeth to grind down their fibrous food, yet ours appear to be getting crowded out as the human jaw gets smaller with a soft diet. However sometimes evolution finds a good use for vestigial organs. The coccyx or tailbone, formerly used for balance, is now an anchor for muscles. 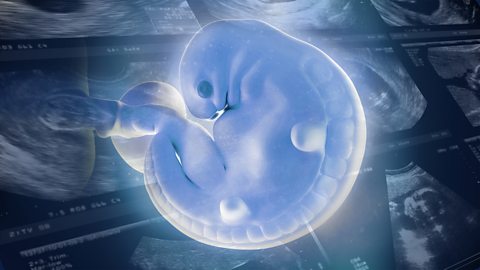 When our more hirsute predecessors were feeling cold, a useful reflex would contract tiny muscles at the base of their hair follicles, causing their coat to stand up and trap more air to keep them warm. The same response has remained in human skin through many evolutionary stages, but unfortunately these days the raising of the fine hair on your body does little more than remind you that you might need a jumper. Just think warm thoughts.

Feeling sick all the time while you're trying to nurture a growing baby might seem like a terrible mistake on evolution's part, but what was for a long time thought to be an unfortunate side effect of pregnancy hormones could actually be a clever development. While animal products like meat and eggs are now safe to eat thanks to refrigeration technology, for early humans they would have presented a high risk of toxins in early pregnancy. Researchers now think that developing a strong aversion to these specific foods was actually a protective mechanism to avoid illness while the foetus was still in the early stages of development.

It is now thought that there wasn’t one single ‘cradle’ of humanity and that early humans likely evolved in multiple places at the same time.

The story of our origin is constantly changing as new discoveries are made. In 2017, our history shifted by almost 100,000 years when a skull from Morocco became the oldest known example of Homo sapiens, surpassing the 195,000 year old record held by other remains from Ethiopia. It is now thought that there wasn’t one single ‘cradle’ of humanity and that early humans likely evolved in multiple places at the same time, all over Africa, and that we have much more yet to learn.

We’re still adapting to cope with the world around us, and now scientists can track ongoing evolutions in human genes. Among British people, the gene for lactose tolerance has spread rapidly in the past 100 generations – or about 2,000 years – allowing more of us to drink cow’s milk. Our bodies will likely continue to develop alongside our changing way of life! 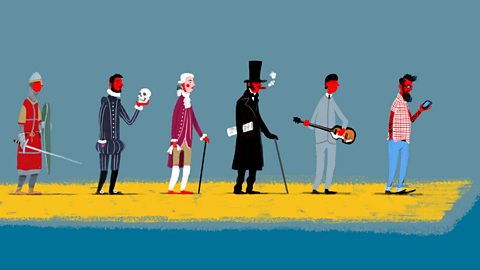 How will humans evolve?

Yuval Noah Harari: "We are probably one of the last generations of Homo sapiens."