During 18 months starting in the summer of 1977, Peggy Hodgson, her children and over 30 eye-witnesses (including neighbours, psychic researchers, journalists, and even the local lollipop lady) saw and heard moving furniture, flying objects, unexplained knocking noises and levitation. The activity was centred on the daughters Janet and Margaret Hodgson, with 11-year-old Janet acting as the conduit for a mysterious, gruff voice…

In The Reunion, Sue MacGregor hears from the people who witnessed first-hand the most documented paranormal event in Britain – the "Enfield Poltergeist".

On the night of 31 August 1977, Peggy Hodgson entered her children’s bedroom to find the dressing table moving across the room. In a recorded interview, she recalls what happened: "I just couldn’t believe it – in fact I pushed it back twice, and a third time I couldn’t move it." The uncanny event was accompanied by repeated knocking noises, so Hodgson sent for her neighbour.

Vic Nottingham was no better placed to explain what he witnessed: "I heard the knocking as I walked in the front door… I went all over the house, just couldn’t make out what it was so in the end I thought… there’s only one thing, I’ll call the police."

WPC Carolyn Heeps was first on the scene and described seeing a chair sliding across the room: "It came off the floor, maybe a half inch I should say, and I saw it slide off to the right about three-and-a-half to four feet before it came to rest." With the police at a loss for what to do, the Daily Mirror was called. 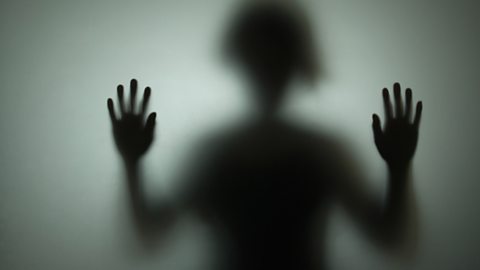 "Ears pricked up in the office, they thought there must be something in it"

Graham Morris on his experiences of the “Enfield Poltergeist”.

Photo-journalist Graham Morris, then of the Daily Mirror, recalls what happened when a call came through to the newspaper, and he was dispatched to the Hodgsons' house on an assignment that he now describes as "life-changing".

It was clear that the uncanny happenings were occurring when the children were there. Morris stood in the gloom in the kitchen and one by one they brought the children in, asleep in adults' arms: "The last one to come in was Janet. Suddenly things just took off, and just started flying around the room… I got hit by a Lego brick over my right eye." He is convinced that the objects weren’t being thrown. He moved to the corner to have a clear view of every person there: "None of them were doing anything."

Graham also describes a sequence of photos that he took at the time of Janet "levitating" – although he wasn’t actually present in the room with the camera. In the photo Janet looks to have "come up from a prone position, flying across the room, and she’s in mid-air."

Maurice Grosse, from the Society for Psychical Research, was the examiner leading the investigation. in an interview at the time, he explained what met his eyes: "I have actually seen, myself, marbles being thrown about. I have seen the door moving without any help. I have also experienced the reduction of temperature."

In early November, 1977, Grosse confronted the presence in the living room: "As I asked the question, 'Are you having a game with me?' it threw the cardboard box and the pillow right in my face." 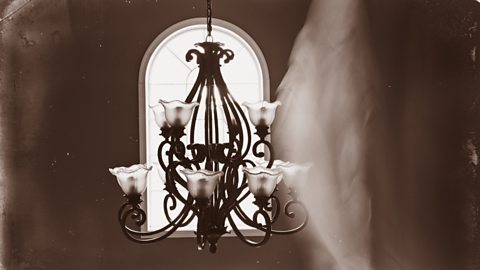 "It was an old man's voice barking"

Maurice Grosse, from the Society for Psychical Research, on the “Enfield Poltergeist”.

Roz Morris covered the story at the time for BBC Radio. It wasn’t long before she joined Maurice Grosse for a night-time vigil while the family was asleep: "After the girls went to bed, there was a very loud crash upstairs in their bedroom." Morris went upstairs and it appeared something had moved a chair across the room – a distance of about nine feet. She felt this would have been impossible for the girls to do as they were actually in bed. She said at the time, "Something chucked the chair across the room, I’m convinced of that."

Richard Grosse is the son of investigator Maurice Grosse. As a newly-qualified solicitor, he helped his father interrogate the Enfield poltergeist and, as such, is probably the only member of the Law Society to have cross-examined a ghost. 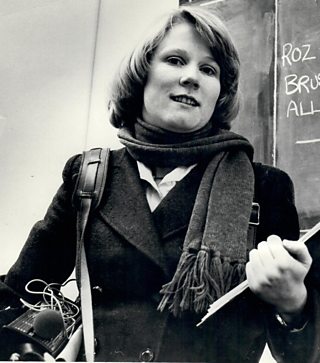 BBC reporter Rosalind Morris was one of the first to report on the case. She visited the family on numerous occasions and made a documentary about the poltergeist in 1978.

Grosse recalls how "every breakfast time my father would play a tape or two. It started of with noises, bangings." Then "it moved on to banging in response to questioning."

A gruff, manly voice began to be heard when the children were present in the room, appearing to emanate from behind Janet Hodgson, who said it felt like the voice was coming from the back of her neck.

The voice identified itself as a former resident of the house – Bill Wilkins – who had died at the age of 72. He was cross-examined by Richard Grosse, and asked if he remembered how he died. He replied, "I had a haemorrhage, and I fell asleep, and I died in a chair, in the corner downstairs." The voice also announced: "I’m invisible… because I’m a G.H.O.S.T."

The story – of dying in a corner seat in the living room – was later corroborated by Mr Wilkins’s son Terry.

Janet and Margaret Hodgson, the two daughters at the centre of the case, were recently interviewed about their experiences all those years ago.

Margaret recounts that "we was all in a terrible state, very scared and tired of it, and it got worse as the time went on."

Janet sums it up by saying, "I was used and abused – there was levitation, there was the voices and then there was… the curtain that wrapped itself around my neck, which was quite life-threatening for me, and it brought it home to me – that this could kill you.” 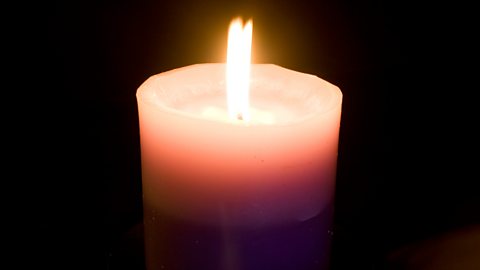 "I think what convinced me was the enormous thump"

Roz Morris on her coverage of the “Enfield Poltergeist” and her view on if it was real.

Was it really a poltergeist?

Was this a true phenomenon of the paranormal? Or could the activity be blamed on human mischief-making?

There were many bystanders who thought the family invented it all, using basic conjuring tricks, in order to get a new and better council house. But although Mrs Hodgson was a single mother with four children, Roz Morris disputes this possible motivation: "She had a good house, as far as she was concerned, and in fact she stayed in it – that’s where she died in 2003.” The journalist admits that at the beginning she herself was extremely sceptical and looking out for any ways in which "trickery" could be involved, but she found Mrs Hodgson to be sincere and undoubtedly "very frightened". Richard Crosse rules out a financial motive: "They never made any money out of it." Graham Morris backs this up, maintaining that "cheque book journalism" simply didn’t exist in those days.

Richard Crosse rejects claims that Janet Hodgson had Tourette’s Syndrome: "This voice, once it started to go… would talk incessantly for two, three hours." And his father Maurice said the same of ventriloquism: "To keep up this particular type of voice for any length of time without any damage to the vocal chords is absolutely impossible."

Janet, the victim of the "haunting", takes a robust view of the sceptics: "I don’t care what they think, I know what happened and I know it was real."

Whatever the explanation, the story that inspired a number of documentaries and films looks set to remain a fascination for many years to come.

Click here to listen to The Reunion to hear more about The Enfield Poltergeist.

More of the supernatural on Radio 4