How to spot the signs of eating disorders

An eating disorder is a mental illness which can affect someone physically, psychologically and socially. 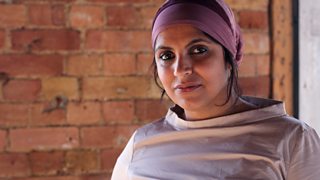 In many it manifests through an unhealthy relationship with food and weight, leading to ill health. Nearly three quarters of a million people in the UK suffer from an eating disorder, and in the worst cases it can lead to death or suicide.

Eating disorders are complex, and their symptoms and causes are often unclear, but largely they break down into three main conditions: Anorexia Nervosa, Bulimia Nervosa, and Binge Eating Disorder.

Anorexia is a disease in which the sufferers lose a significant and unhealthy amount of weight through dieting, fasting, exercising, or using laxatives or diuretics.

Often they have an unrealistic perception of their own weight, imagining themselves to be large or normal when in fact they are underweight. People with this condition often go to extreme lengths to hide their behaviour.

Anorexia can lead to severe health problems. The drastic lack of calories can lead to loss of muscle strength and reduced bone strength in women and girls; in older girls and women their periods often stop. Men can suffer from a lack of interest in sex or impotency.

Bulimia is an illness in which sufferers lose control of their eating and judge themselves according to their weight. They often binge, eating excessive amounts of food and then ‘purge’ by vomiting or using laxatives or diuretics. Mostly people with this condition remain at a healthy weight. Sufferers usually keep this behaviour secret, exhibit tension and stress and often have difficulties socially and in relationships.

This is a condition in which the sufferer loses control of eating and over-eats on a regular basis. They often gorge when they are not hungry, but unlike bulimics, do not purge themselves afterwards. Often their weight increases. Binge Eating Disorder is associated with marked distress and if someone binges at least once a week over a period of three months or more, they could have binge eating disorder.

Some signs and symptoms are common to different types of eating disorders, including:-

Signs of Bulimia also include:-

Signs of Anorexia also include:-

What to do if you think someone has an eating disorder?

Often family or friends will be the first to notice if someone has an eating disorder, and it can be hard to know how to broach the subject.

It’s important to not be judgmental, and not to argue, so it’s often worth rehearsing what you might say to them, and how you will say it.

Concentrate on feelings, stay calm and be prepared for negative results.

Bear in mind that for many sufferers, this is something they have kept secret for a long time.

Try to find a neutral, stress-free moment to broach the subject, and be honest about your feelings.

Crucially, remember it’s not all about food, it’s about feelings, so it’s not constructive to talk just about meals, diets or weight loss.

Perhaps the most important advice is to be a good listener.