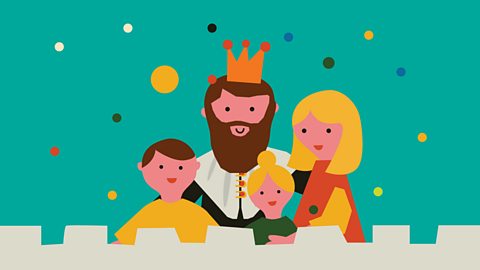 Read by Helen Clapp from the BBC Radio Drama Company.

A queen pricked her finger while sewing and some blood dropped onto the cloth. She said to herself, if my baby is a girl, I want her skin to be as white as snow, with blood-red cheeks and hair as black as the window frame. I will call her Snow Blood Window Frame, or Snowy for short.

Sadly the mother died straight after childbirth as she said it hurt too much. The king got married again because in all of these tales, you need a second wife who is evil. The killing stepchildren before watching cat videos kind of evil.

The new queen had a Magic Instagram account who spoke magic words of logic like "Snowy has had more "likes" than you and your haterz are hating. The queen felt rage that she wasn't as trending as usual and she decided that she would kill her stepdaughter then go and watch cat videos.

The queen got her only follower, well the only one she'd not paid to follow her, to take Snowy into the woods and kill her, which is why you should never meet with strangers off the internet. Snowy didn't know this though and went. Fortunately when in the woods the Queen's follower decided that he'd rather play MarioKart than actually kill someone so he let her escape. Phew!

Snowy realised she couldn't go home, so she found a place on spareroom.com where there was a bed in return for housework for 7 miners. She hated tidying up, but liked being dead even less, so she made her choice.

When the queen found out Snowy was still alive she was furious, so decided to set up a fake charity challenge where you had to send and receive apples to raise awareness of Keeping Doctors Away. Snowy signed up immediately and when the first apple arrived, she thought, "Yes! I am doing well for the cause!" but when she bit into it, she fell over. Dead. Clue - the apple was poisoned. What did you expect?

When the miners got home they saw her dead body and thought, "that's inconvenient". They'd liked having someone tidy up after them and dead bodies are not good at cooking. They posted a picture of her in a glass coffin on a memorial page.

One day, a prince was browsing by and when he saw her picture, he immediately fell in love. We should not think too much about him falling in love with a dead girl as that will ruin the ending. "I must go and see her", he said.

When he got there, he liked her so much that he kissed her on the lips. Snowy woke up straight away. The shock of being kissed by a stranger jolted her from her poisoned sleep.

"Ugh!" She said. "That's creepy. I mean, really, really creepy."
"But I love you!" said the Prince.
"You thought I was dead" screamed Snowy

She ran away from him, which was very sensible.