Meet the Scotts: they're a family like any other. Assuming that other families also hide shameless superiority complexes, prickly love/hate relationships and simmering deep-seated resentments...

A birthday party should be a joyous family occasion, but it brings out the worst in The Scotts. 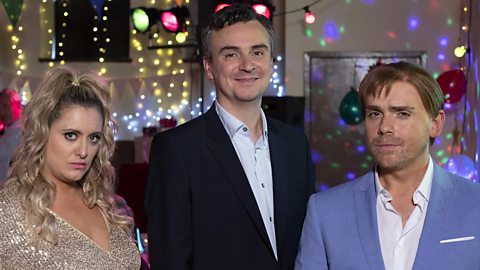 The Scotts look through the family photo album

As the family get together to look through old photos one member seems to be missing.

In this brand new comedy Burnistoun's Iain Connell and Robert Florence star as brothers Henry and Vincent Scott. They must put aside their differences to organise a surprise 70th birthday party for their mum Moira. This would be a hard enough task in itself, but the brothers must also prevent estranged sister Colette (Louise McCarthy) from gatecrashing and spoiling the fun.