Why you have a right to fright

If you are someone who leaps skyward at the sight of a spider or quivers at the words 'reptile house', you will have been told at some point that you are irrational. But do not feel ashamed. There are elements of your fear that are entirely reasonable. 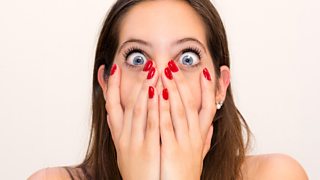 “Some fears are too frightening, too threatening to the health of our psyche if we think of them head on,” says psychotherapist Philippa Perry. “So a fear of losing our identity because we fear merging with our mother, for example, can be turned by the psyche into what appears to be an irrational fear.” Philippa thinks irrational phobias are the brain’s way of interpreting threats we cannot control.

So what makes us frightened in the natural world?

Venomous snakes can be a genuine threat to humans but our antipathy toward snakes is deep rooted. 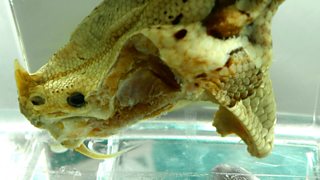 In a 2001 Swedish study, psychologists found that both adults and children could detect images of snakes and spiders in a picture of a jungle faster than they could pick out frogs, flowers or caterpillars.

From the psychoanalytical point of view, “there’s a Freudian association in European culture with a snake and a phallus,” says John Nuttall, professor of psychotherapy at London’s Regents University. “But in other cultures, particularly Eastern, the snake is associated with rejuvenation and alchemy because of its ability to shed its skin,” he says.

Psychotherapist Philippa Perry agrees, but points out wryly, “You are only ever six feet away from a penis if you delve into Freud”.

Some psychologists believe that it is the method of death - being swallowed whole - that triggers deep fears in us about some animals. There are cultural myths around crocodiles eating people whole, which Prof John Nuttall believes links back to a fear in us that we would somehow be inside the creature, but still alive.

Culturally, crocodiles are also seen as cunning. Franciscan monks wrote of a crocodile ‘weeping as it devoured its prey’. These crocodile tears reinforced the idea that crocodiles are untrustworthy and therefore unpredictable.

“A lot of our fears around animals come from our inability to trust or control them,” says Prof Nuttall. 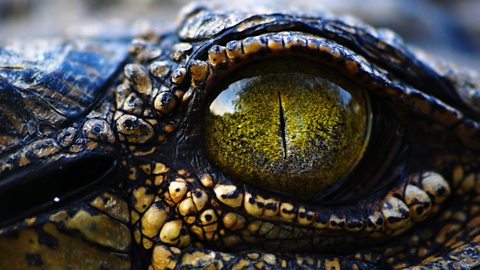 The truth about crocodile tears

Dr Adam Britton explains why crocodiles appear to weep when they eat their prey.

There is evidence to suggest that arachnophobia is hereditary, even among animals.

A study at the University of South Carolina exposed a pregnant cricket to a non-lethal, but poisonous spider. When the cricket gave birth, her young demonstrated the same fear as she did, without being bitten.

Freud believed that the fear of the spider (an eight-legged creature) is the fear of the unborn sibling caused by a child witnessing its parents having sex. "It’s a frightening prospect for a child,” says Prof Nuttall, “ because it could produce a rival for the mother’s love.”

You see it is not a ‘special cuddle’, it’s A SPIDER!

From the Kraken to B-movie sea monsters, the idea of a creature with suffocating tentacles has terrified us for centuries.

“This fear comes back to the merging with mother,” says Prof Nuttall. “One theory attributes our fear to a childlike belief that the tentacles are going to completely embrace and trap us, which highlights the tension in life of wanting freedom and being prevented from having it through our environment.” 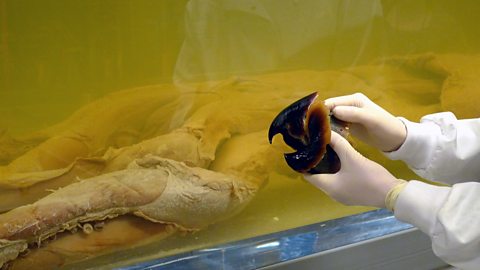 Is the giant squid a monster?

Matthias Classen, Edith Widder and Emily Alder on the 'alien' creature of the deep.

The enemy we cannot see - something intent on devouring us in an element we are unfamiliar with - is a long-held fear.

When we look into the water we see our own faces starting back at us. We know that there is life down there, but it is life that exists in an element that could do us harm. 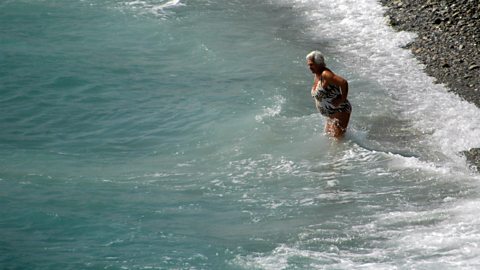 'The ocean is an alien place'

Richard Kerridge says our vulnerability in the sea enhanced the fear factor of Jaws.

Sharks have expressionless, mask-like faces. This adds to our fear of them because we cannot relate to them or anticipate their actions. 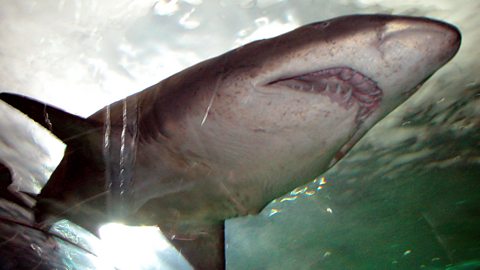 So we hope you are reassured that you have a right to fright and feel free to shout this at people as you are standing screaming on a chair while a spider gazes at you in bewilderment.