Children with food allergies: Tips and tricks for parents 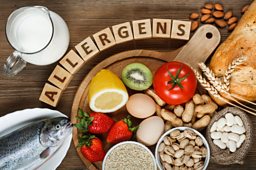 If your child has a food allergy, it can be difficult navigating labels, meals and contact with food outside the home.

You can read more about allergens, symptoms and what to do if you suspect your child has a food allergy here.

This article focuses on advice if a child has already been diagnosed with a food allergy.

“It’s really important to not exclude food groups from your child’s diet without proper guidance, because this could, in the end, lead to them having deficiencies in their diets.

"Your GP will be able to advise you and if they think it’s appropriate, they can refer you to see a dietician.”

2. Get registered with the Food Standards Agency allergy alerts

“Every time a manufacturer unfortunately contaminates a product, you will immediately get a text alert, alerting you to the fact that that food contains milk, for example, when the label said it didn’t.

"You can then not give that product to your child.”

3. There are lots of alternative foods your child can have

“It’s obviously very difficult when you’ve got a child with a food allergy. But if your child has an allergy to cow’s milk, for example, there are lots of alternatives.

“You can use plant-based milks, such as soya, oat milk or hemp milk or some of the nut milks if your child is not allergic to nuts.

"It’s important not to use rice milk in children who are younger than the age of four-and-a-half.

“All alternatives to milk are fortified with calcium to the same level as you would find in cow’s milk but that doesn’t hold for organic milks.

"So it’s better to give your child non-organic alternative milk because obviously you do want them to get the calcium.” 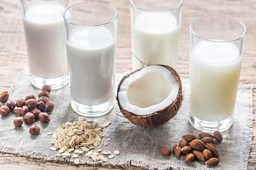 “If you are excluding a food because your child is allergic to it then it’s really important to try and expand on some of the other ranges of food.

“If your child is allergic to certain proteins, make sure you give them as many other different sources of protein as you can. Use lentils, use pulses.

“It’s about trying to get variety in a child’s diet.”

5. Watch out for allergens that are hidden in foods

“It’s important to remember that foods are not necessarily always what they seem.

“You might go out and have for instance, a cheesecake, and you might find that that cheesecake has nuts in the bottom of it.

“I made a really nice chocolate cake at home that was made with ground almonds, but nobody would know that because you can’t taste them, you can’t see them.

“It’s important to always be aware of what is in this food.

“You need to be asking if you go round to somebody’s house or if you go into a restaurant.

“Just remember that food is not always what it seems.”

6. Be wary about cross-contamination of food

“At home you can be very careful about keeping food that your child is allergic to separate from those that you’re serving to them, but it’s not always so easy when you’re out and about.

“Particular sources of concern could be delicatessens. I would say they are perhaps not the ideal place to be using unless you can be sure that they are being very careful with their food hygiene.

“They might pick up your slice of chicken, or something else and then that’s got a trace of wheat from the ham on it.

“Again another place [to be wary of] is open baskets that have bread in.

“You may just pick up your French baguette from there, but previously it may have had some sesame-coated bread in. Then the sesame seeds may have fallen off and contaminated your baguette. So that’s an area to be a bit careful in.” 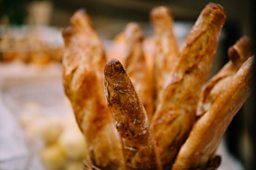 “Going on holiday with a child with an allergy can be a little bit more stressful than otherwise. “But there are things that you can do to help yourself.

“You can get allergy alert cards from Allergy UK which have got the phrases that you might need in different languages.

“If you don’t want to do that, you can just make sure that you know how to explain in the language of the country where you’re going that you are allergic to this particular food.

“But it is quite helpful to have it written down so that you’re not trying to struggle with your language whilst you’re there.”

8. Prepare your child for when they become more independent

“When your child is young or a toddler, it will be you that looks after them and you will be going to parties with them, you’ll be with them all the time.

“But as they get older, they will spend a little bit more time away from you.

“As soon as you can, try and give the child some independence and try and teach them about their allergy so they know they must always ask, ‘does this food contain...’, or ‘is this food safe for me to eat?’.

“Teenage years can be a particular problem because this is probably the first time that the child will go out and be able to choose exactly where they can eat. One tip is to...have a look online and look at the allergen menus. Most big restaurant chains have these online and you can look at them there.

“Also with teenagers, when they have their first boyfriend or girlfriend and they want to give them a kiss, they need to be careful.

“If your boyfriend or girlfriend has just eaten a peanut butter sandwich and you have a peanut allergy, that could be tricky.

“It’s always something to mention to your friends that you have this allergy.”

More information and support can be found on the NHS and Allergy UK websites.

The Woman's Hour parenting podcast is released every Wednesday.

You can listen to the podcast here or you can download it on the BBC Sounds app.